Enjoy the view up from the tallest tower in the world! 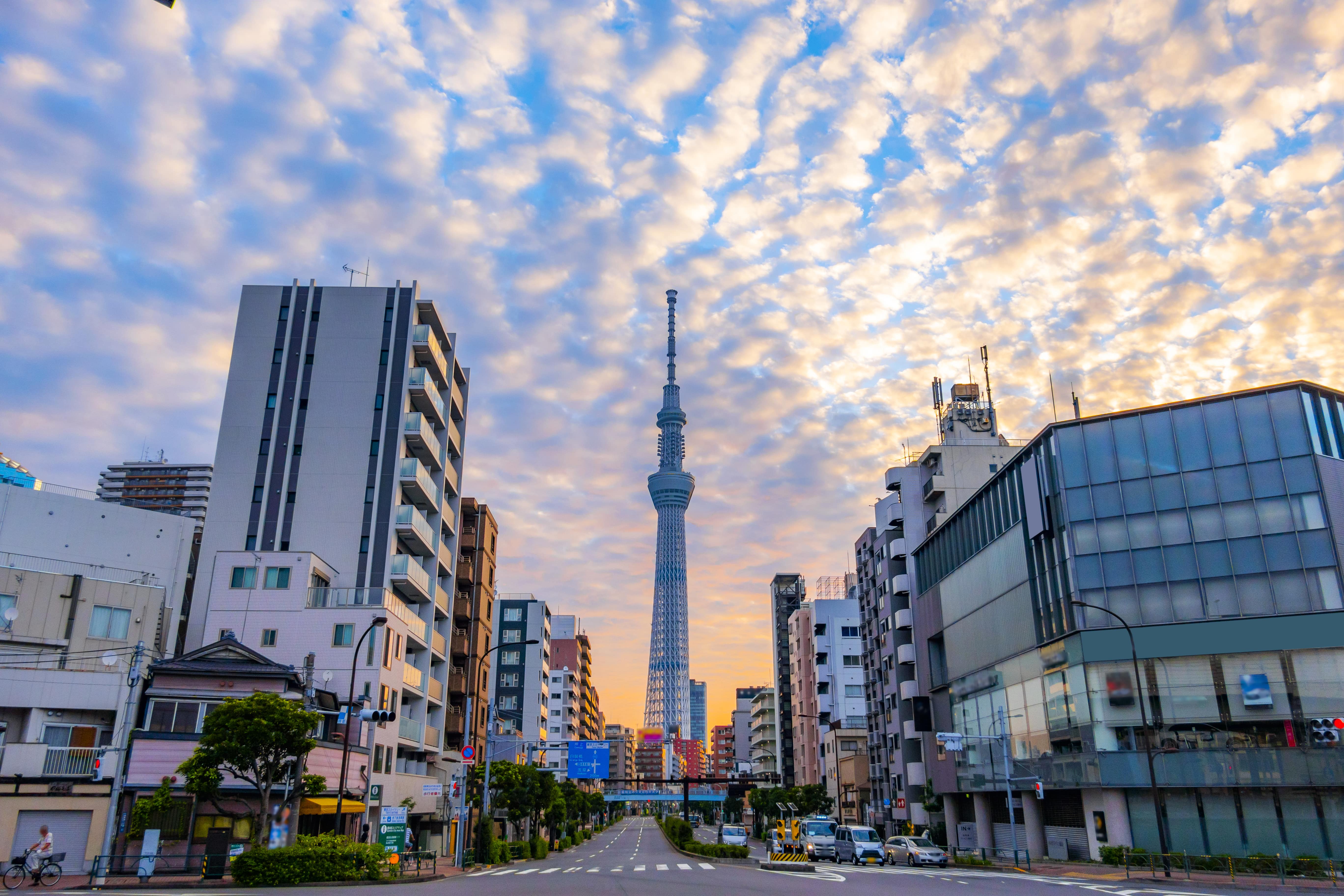 Standing at 634 meters tall, it is currently the tallest tower in the world and the second tallest structure in the world after the Burj Khalifa in Dubai.

Since its inauguration, it has become a greatly popular site for both Japanese and foreign visitors not only because of the great view from the observation deck but also because it is located in an area where it is easy to access other popular places that offer many things to do.

Nowadays, it has become one of the symbols of the capital city alongside Tokyo tower.

I will show you in this article about this symbolic tower, including its history, how to get there, and interesting spots around the venue.

What is Tokyo Skytree 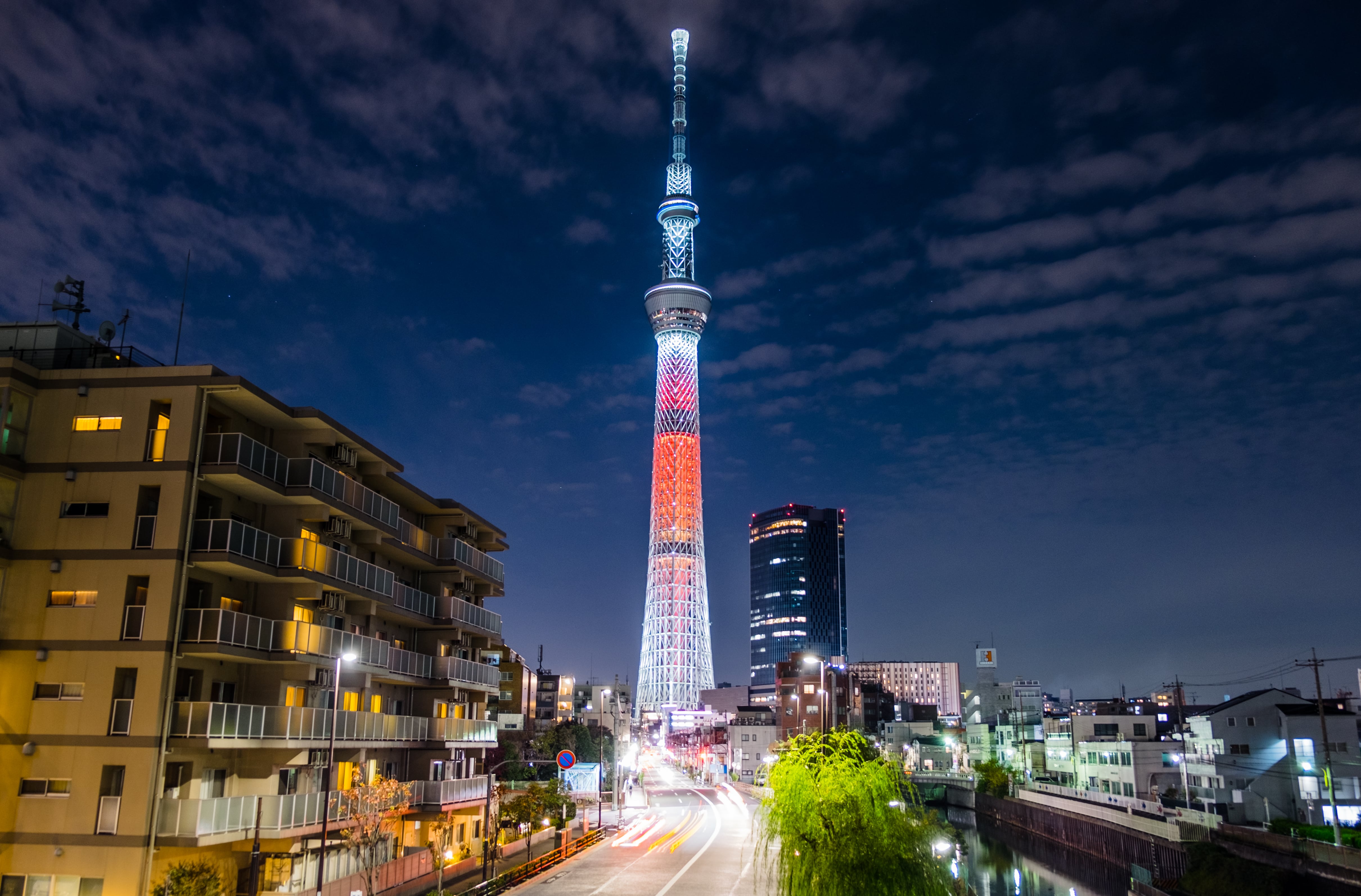 Around the year 2000, discussions for building a new and taller broadcasting tower started happening. This is because the current tower back then (Tokyo Tower) wasn’t tall enough to reach and give complete digital terrestrial television broadcasting coverage to all the Kanto region. This was due to taller buildings starting to surround the former broadcasting tower.

Construction of Tokyo Skytree began in 2008 and took about 4 years to complete.

The design is a mix of past and futuristic. It is inspired by the 5-storied pagodas found in temples but also incorporating a neo-futuristic feel.

The tower has 2 different illumination patterns using the colors “Iki-sky blue” and “Miyabi-purple” which alternate depending on the day.

What to do & see at Tokyo Skytree 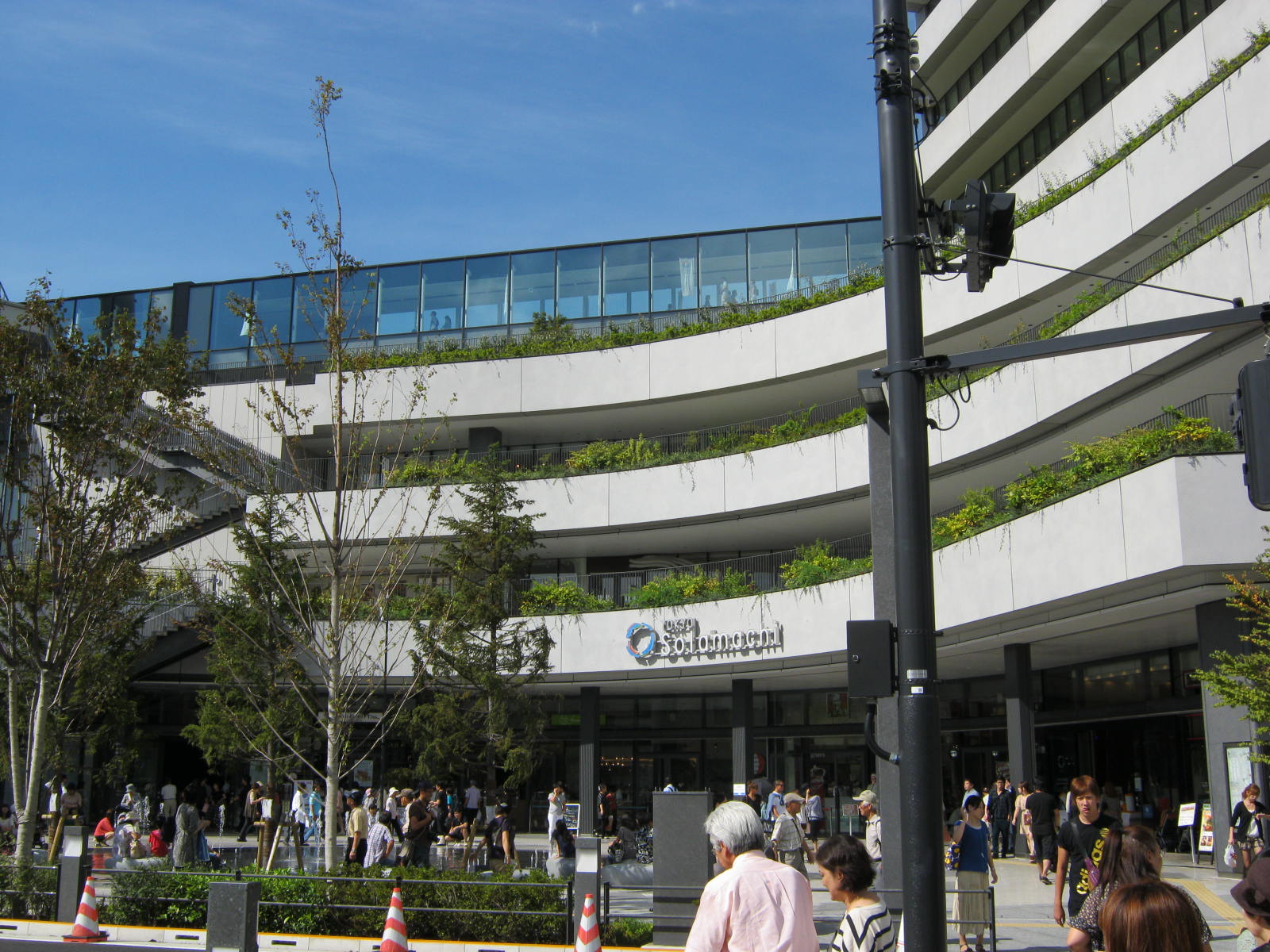 Tembo Deck: Located at a height of 350 meters, the Tembo Deck consists of 3 floors where you can have a 360-degree view of the whole city. Other than the great view, you can also enjoy 2 cafes, a restaurant, and a gift shop where you can get original souvenirs. If you’re concerned about prices and queues to get to the Tembo Deck, here’s an article with details about it.

▶Do You Need to Queue for visiting the Top of Tokyo SkyTree?

Tembo Galleria: This is the higher observatory deck. The elevator first stops at the first floor at a height of 445 meters. From there, you climb up a slope which will take you to the highest point (450 meters). This is officially the highest observatory deck in Japan.

The Skytree Shop: There are 3 official Skytree shops. They are located on the 1st, 5th floor, and on the Tembo Deck. You can find here all kinds of merchandise having to do with Tokyo Skytree.

Tokyo Solamachi: Connected to Tokyo Skytree, this commercial facility building is full of unique souvenir shops, lots of traditional Japanese restaurants, and trendy cafes. You can even find an aquarium and a planetarium.

▶What to Buy at Tokyo Skytree

How to get to Tokyo Skytree 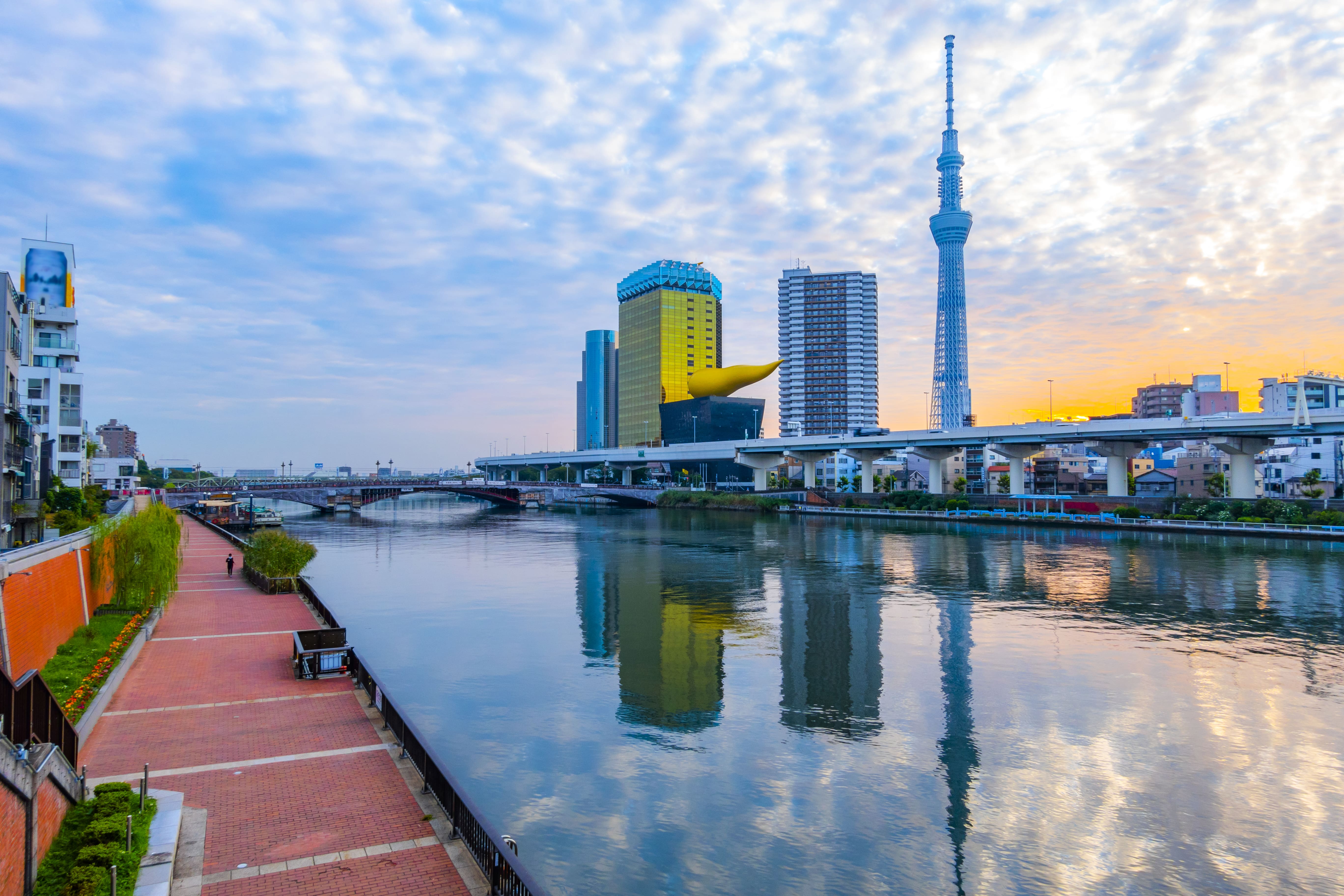 Another way you can get to Tokyo Skytree would be by using one of the several shuttle buses. These shuttle buses stop by some of the main train stations such as Asakusa Station and Ueno Station.

-1st. Sensoji Temple:  First built in the 7th century, it is Tokyo’s oldest temple. Sensoji Temple is the symbol of the Asakusa area and is one of the most visited spots in all of Tokyo.

-3rd. Nezu Shrine: a Shinto Shrine located in Bunkyo ward near Ueno Park. Originally founded in 1705 during the Edo Period, you can find here a tunnel of vermilion torii gates just like in Fushimi Inari Taisha in Kyoto.

-4th. Ueno Park: A public park located in the Ueno area. The park welcomes over 10 million visitors a year and it’s the most popular city park in Japan.

-5th. KAPPABASHI: A street located between Asakusa and Ueno. It’s an arcade dealing only with kitchen tools and fascinates chefs internationally.

I’d also recommend walking to Tokyo Skytree from Asakusa if you have the time. There’s a lot you can see in the way and it doesn’t take that long. Here’s an article with details if you’re interested.

ONE @ Tokyo is a hotel located within walking distance from Tokyo Skytree.

The warmth of the wooden design, the comfortable rooms, and the beautiful view of the Skytree will blend perfectly to provide an enjoyable stay for you.

Here are also some articles you may find helpful for when you’re looking for a place to stay near Tokyo Skytree!

▶Most Affordable Hotels in Tokyo with Wonderful City Views!

When it comes to restaurants, here are some articles you can check out to find good options during your Tokyo trip!

Want more ideas for things to do in Tokyo? Check out the following articles! 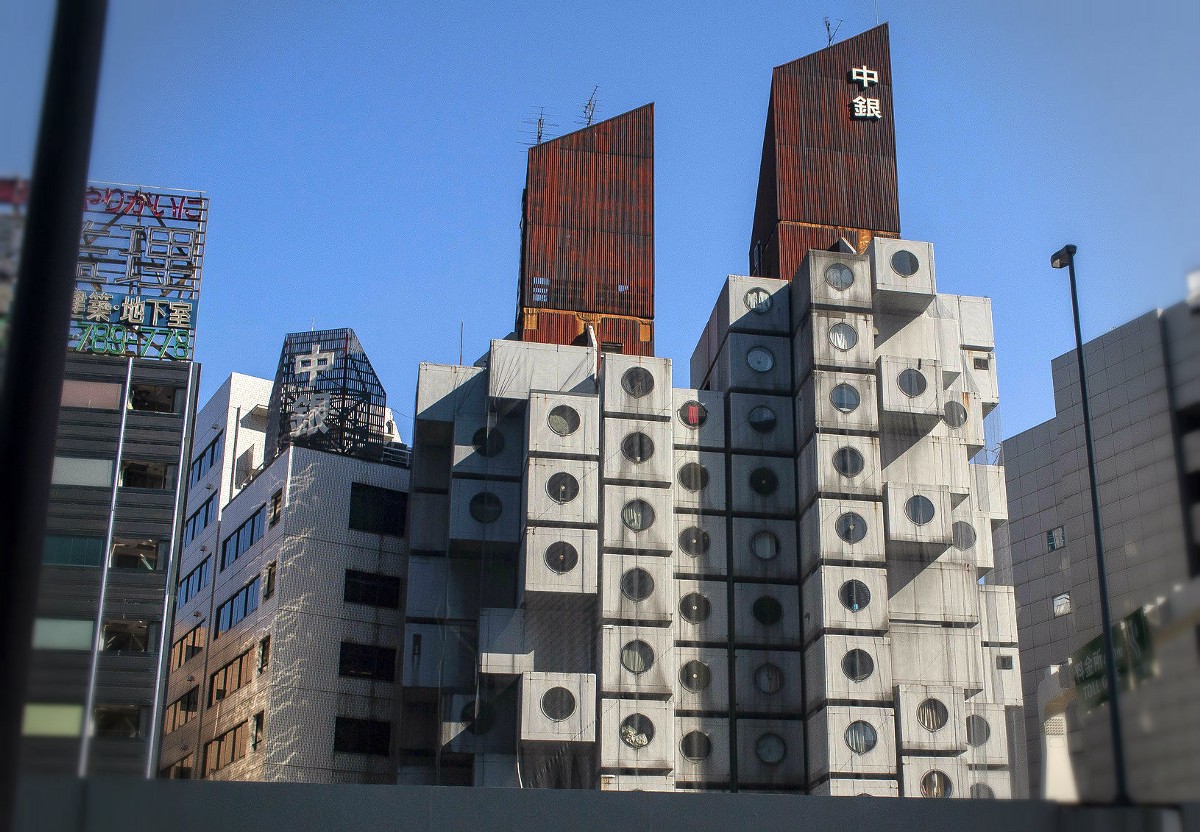 5 Best Beaches near Tokyo! 5 best beaches you can visit from Tokyo! jw-webmagazine.com 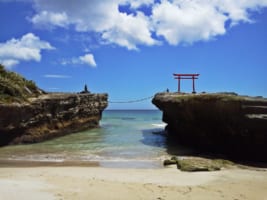