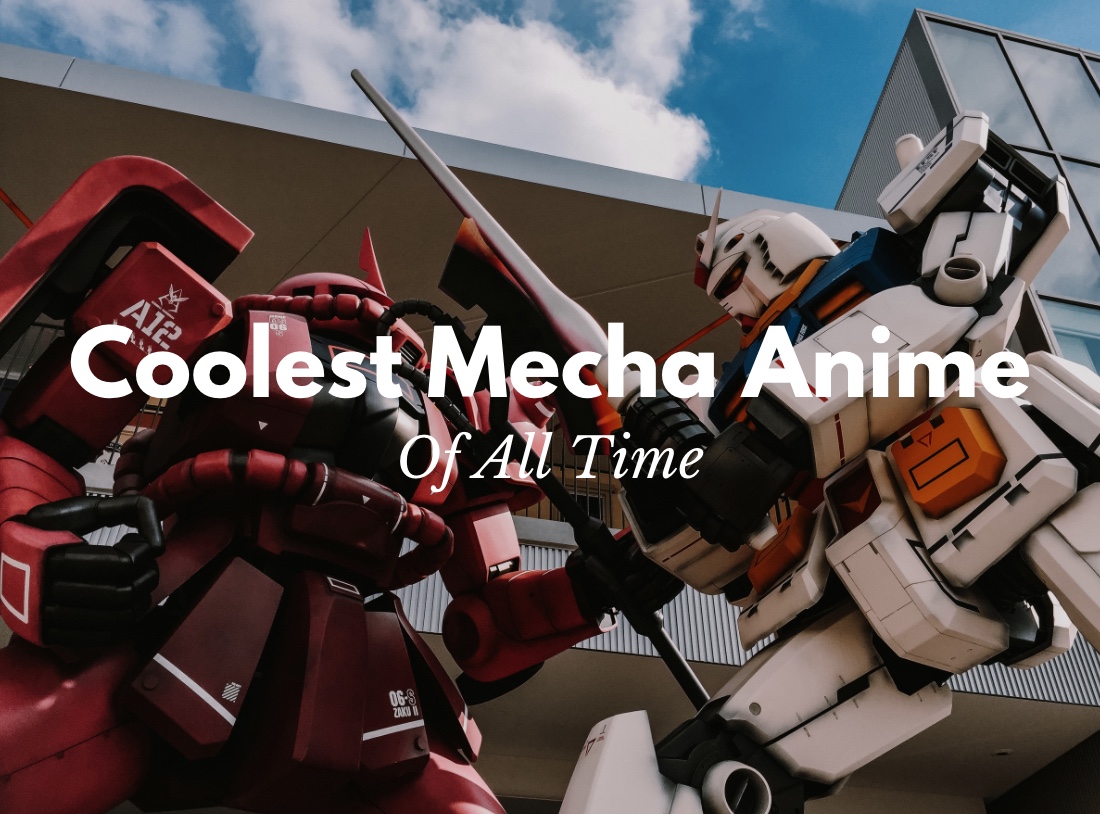 Though this is not the most popular anime genre, for some anime freaks, mecha is hard to replace with others. Many mecha anime are roughly categorized as action and science fiction, but mecha should be looked on as an independent genre.

The earliest Japanese anime Astro Boy, which is also known as Mighty Atom, started in 1952, and the classic series Mobile Suit Gundam was born in 1979. Lots of highly-rated mecha anime series and movies have been made in Japan since then.

Here are 5 best mecha anime series of all time apart from those two legendary works, which can be enjoyed by mecha beginners and anime lovers.

Neon Genesis Evangelion (新世紀エヴァンゲリオン), which is also known as just Evangelion, is one of the most famous and popular mecha anime all over the world. The anime series, directed by a top animator Hideaki Anno, was adapted from the original manga series in 1995. The anime director rebuilt Evangelion as Rebuild of Evangelion releasing four anime movies. The final part Evangelion: 3.0+1.0 (シン・エヴァンゲリオン劇場版:||) was finally completed in 2021.

Evangelion is set in a fictional city named Tokyo-3 and centered on several teenagers including a protagonist Shinji Ikari and a heroine Rei Ayanami. They fight with the huge enemies called Angels by piloting the giant humanoid robots called Evangelions.

Eureka Seven (交響詩篇エウレカセブン), also known as Psalms of Planets Eureka seveN, is a popular modern mecha anime series. Eureka Seven, categorized as science fiction, mecha and romance, was aired with 50 episodes between 2005 and 2006. The TV anime series was followed by anime movie adaptions: Pocketful of Rainbows (2009) and 3 parts of Hi-Evolution (2017, 2018 and 2021).

The sci-fi mecha anime revolves around a 14-year-old boy Renton Thurston and a blue-haired girl Eureka. Renton meets and falls in love with Eureka, who belongs to an anti-establishment group called Gekkostate. He comes to fight as a member of Gekkostate piloting a large robot Nirvash as well as Eureka.

3. Darling In The FranXX

For anime fans who look for a recommended modern mecha anime, Darling In The FranXX (ダーリン・イン・ザ・フランキス) is one of their priorities. Darling In The FranXX, a.k.a. DarliFra, is a sci-fi mecha anime co-produced by A-1 Pictures and Trigger. The brand new anime that was adapted from no manga or novels, started broadcasting in 2018 and completed its story with the 24th episode.

The setting of Darling In The FranXX is a post-apocalyptic world that is under threat from giant dinosaur-shaped creatures called klaxosaurs. In the story, a boy-girl, two-seat mecha named Franxx and its young pilots including Hiro and a heroine Zero Two are featured. There are powerful battles, human dramas and their loves Darling In The FranXX.

The story of SSSS.Gridman begins when a high schooler Yuta Hibiki loses his memory and undertakes a mission from Hyper Agent Gridman appearing on an old computer screen. He stands against Kaiju (giant monsters) by merging with Gridman and being supported by his friends like Rikka and Sho.

The 14-year-old protagonist Simon, who lives in the underground world, and his best friend Kamina meet the heroine Yoko. They pilot mecha with a face on its body called Gunmen and fight against opposing Gunmens. Their grow-up story is depicted in the whole series.