10 Best Places to Live in Japan

Where to Live in Japan 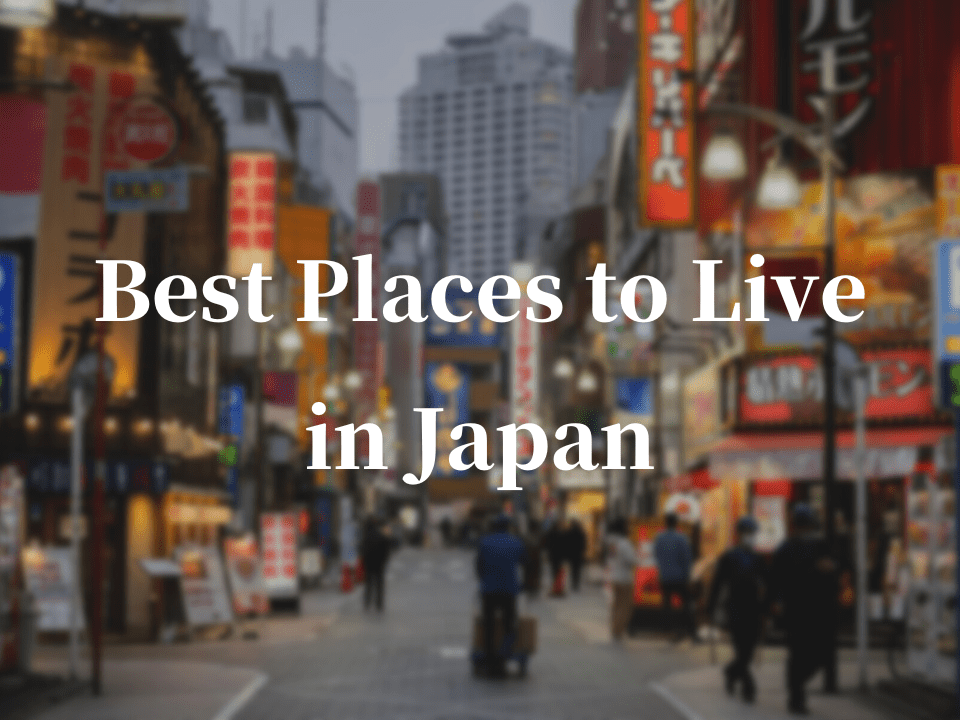 Have you ever dreamed of, or thought of moving to Japan?

Moving to a foreign country to live in is something that many people dream of. One of the more popular destinations of those dreams is Japan.

However, Japan is a large country with many different attractive locations. If you have a specific purpose or place that you want to live in, then everything’s good for you. But if you are not sure where in Japan you would like to live, then this is the perfect article for you.

Here, I will show you 10 of the best places to live in Japan as a foreigner. Hopefully, one of these destinations will catch your attention.

What makes a city good for living as a foreigner? 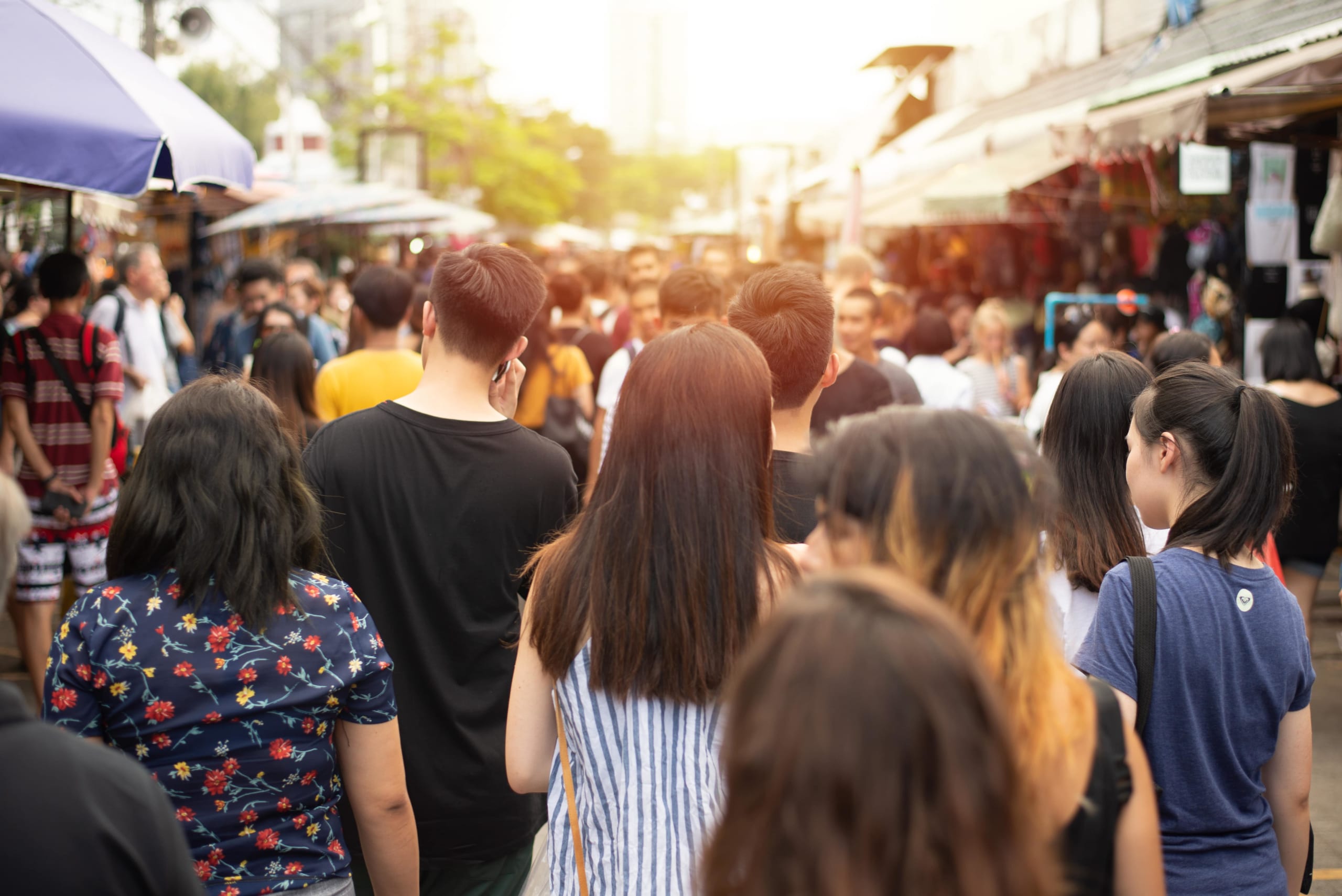 There are many factors that can make a city a good place for living as a foreigner. For the places that we picked for this article, we took into consideration the following factors.

2. How convenient it is to move around: whether the city has a convenient public transportation system, or has streets with designated lanes for bicycles, it is important that moving around the city is as convenient as possible.

3. Whether there are tourist locations nearby: Living abroad won’t make sense if you can’t take the time to visit local touristic locations. Therefore, we believe this is an important factor as well.

10 Best Cities to Live in Japan as a foreigner

Based on the factors that I previously stated, here are our 10 picks for the best cities to live in Japan as a foreigner. The order of this list is from northmost going south as the list progresses. 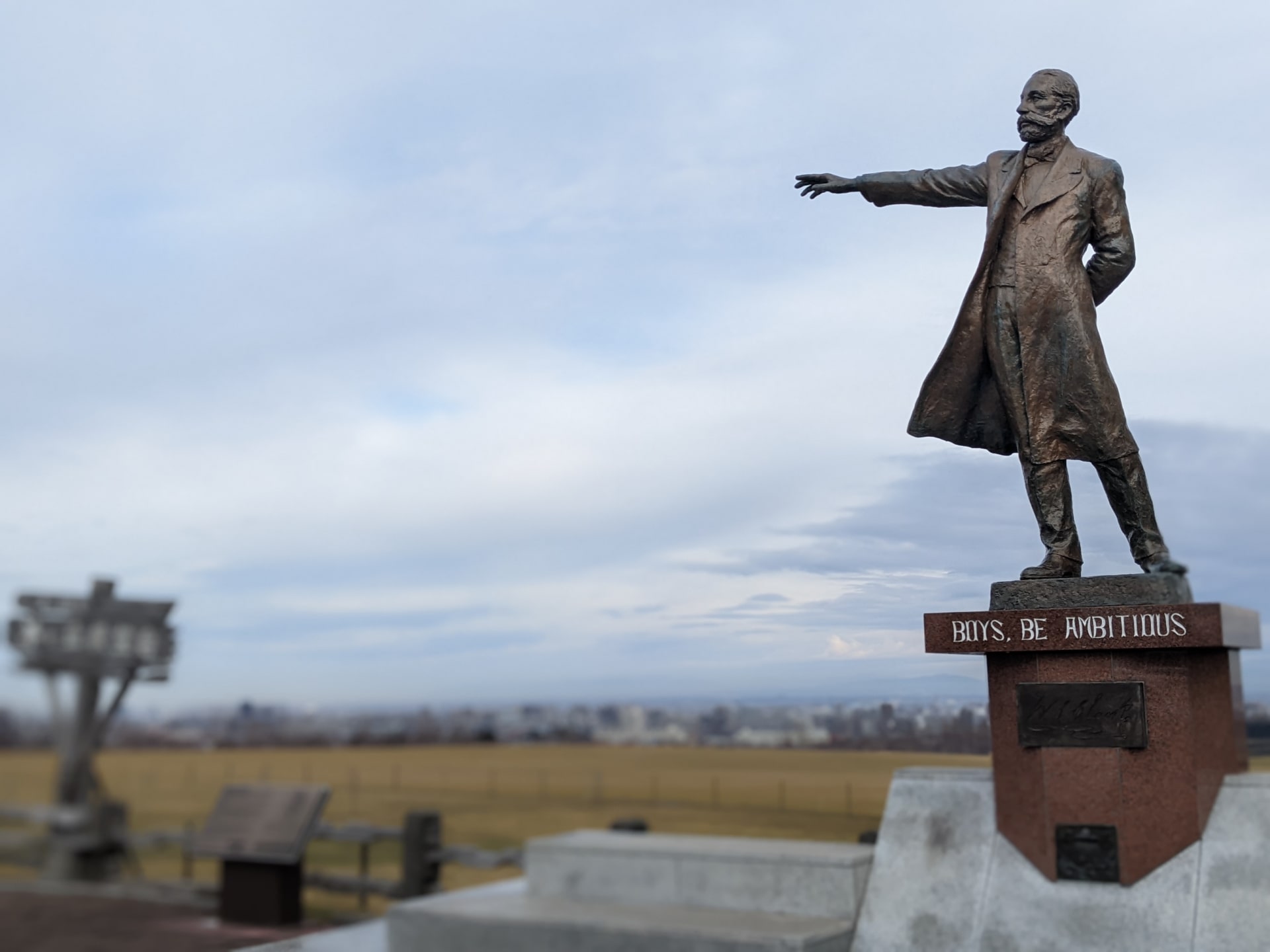 The first location on our list is the city of Sapporo (札幌) in Hokkaido.

Sapporo is by far the largest city in Hokkaido, inhabiting nearly 2 million people. Out of those 2 million citizens, around 14,000 are foreign citizens.

Sapporo is also the northmost city on this list. So if you happen to like (or not mind) cold weather, then this might be the city for you. It is famous for having its annual snow festival and people from across the country and even from other countries come to ski at the large ski resorts.

It is also famous for its great seafood and Ramen.

If you’re planning on visiting Sapporo, check out this list of things to do in Sapporo. 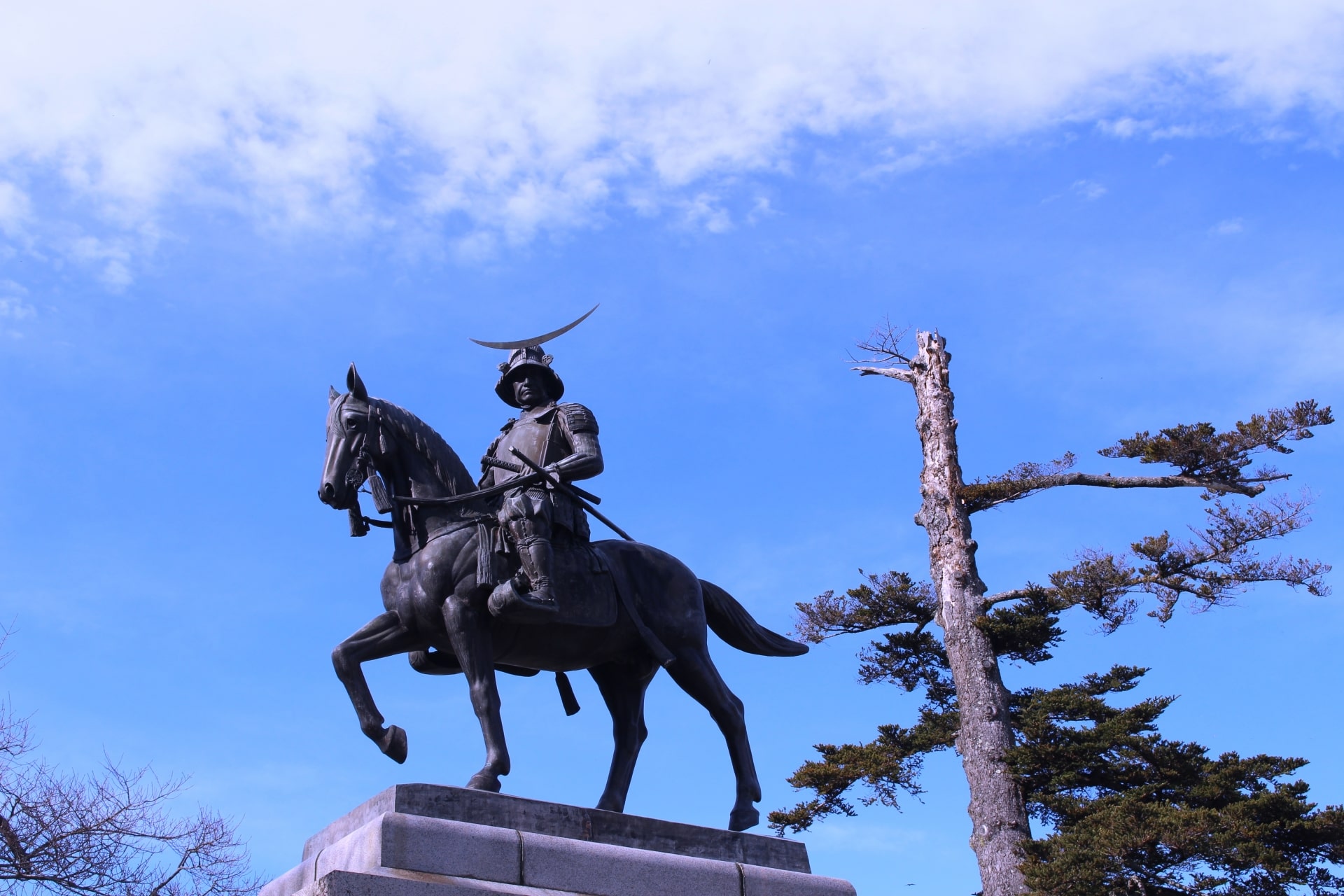 Next on the list, we have the city of Sendai (仙台) in Miyagi prefecture.

It is a city with lots of history, most notable known for being the city where the famous Sengoku samurai, Date Masamune, built his castle.

It is a city where you can feel both the presence of the mountains as well as the ocean, making it a nice place to live if you love being in touch with nature.

Another attractive point about the city of Sendai is that, in comparison to other larger cities such as Toyo and Osaka, the cost of living is much more affordable even though it is also a well-developed city. 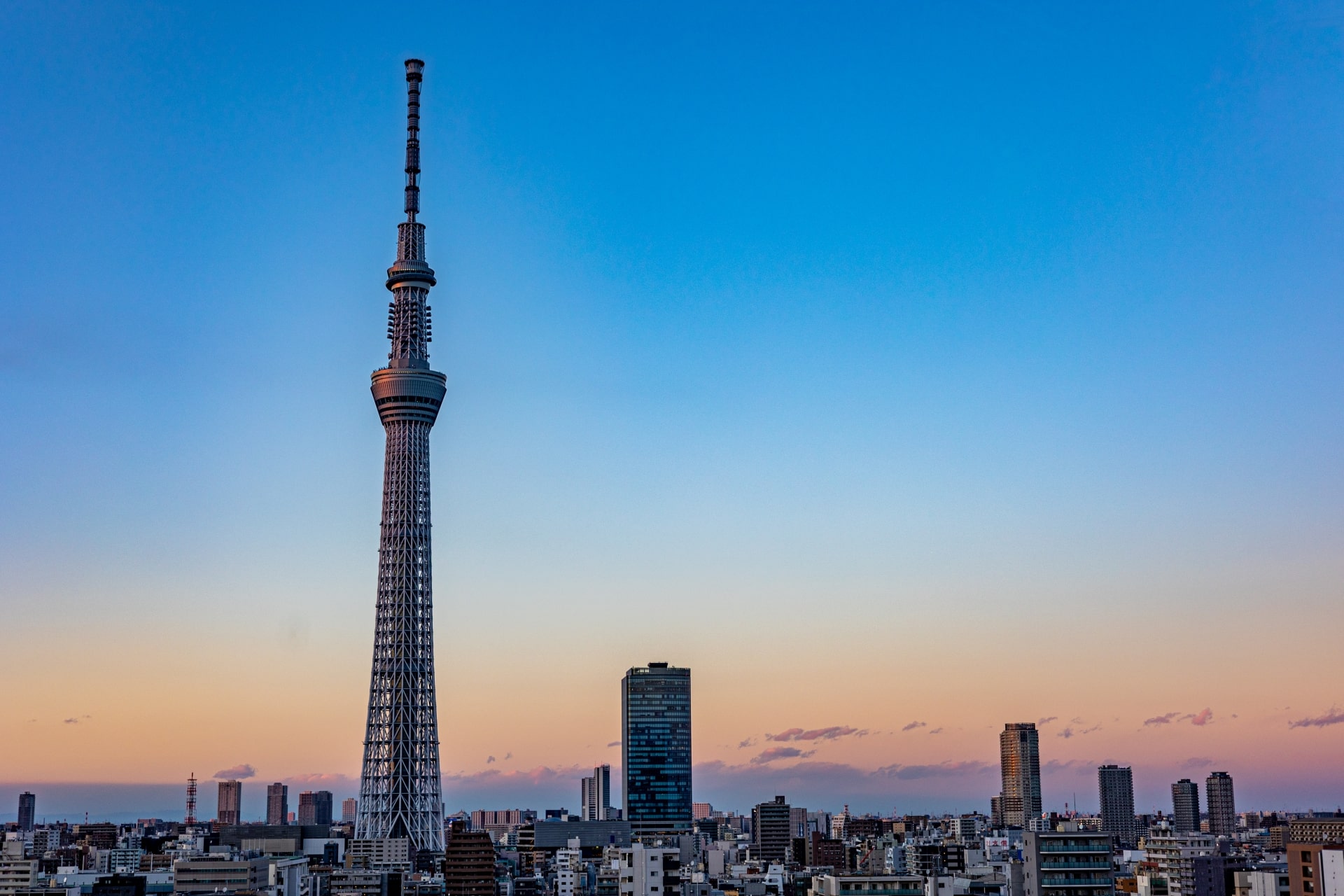 Next, we have Tokyo (東京). Little introduction is needed for this city.

It should be no surprise that Tokyo is the largest city in Japan. The population of the 23 wards is just under 10 million people, over 450,000 of them being foreign citizens. Out of those 23 wards, Minato city, Setagaya city, and Shibuya city are especially popular among English-speaking foreigners.

Transportation-wise, both train and bus systems are well spread throughout the entire city, making it very easy to move from one place to another. It doesn’t get any more convenient! Also, since Tokyo is located in the center of Japan, it makes it easy to travel pretty much anywhere.

Tokyo is also convenient because you can find pretty much anything. Good food, great places touristic locations, and an abundance of job opportunities.

If you’re planning on visiting Tokyo, check out this list of things to do in Tokyo. 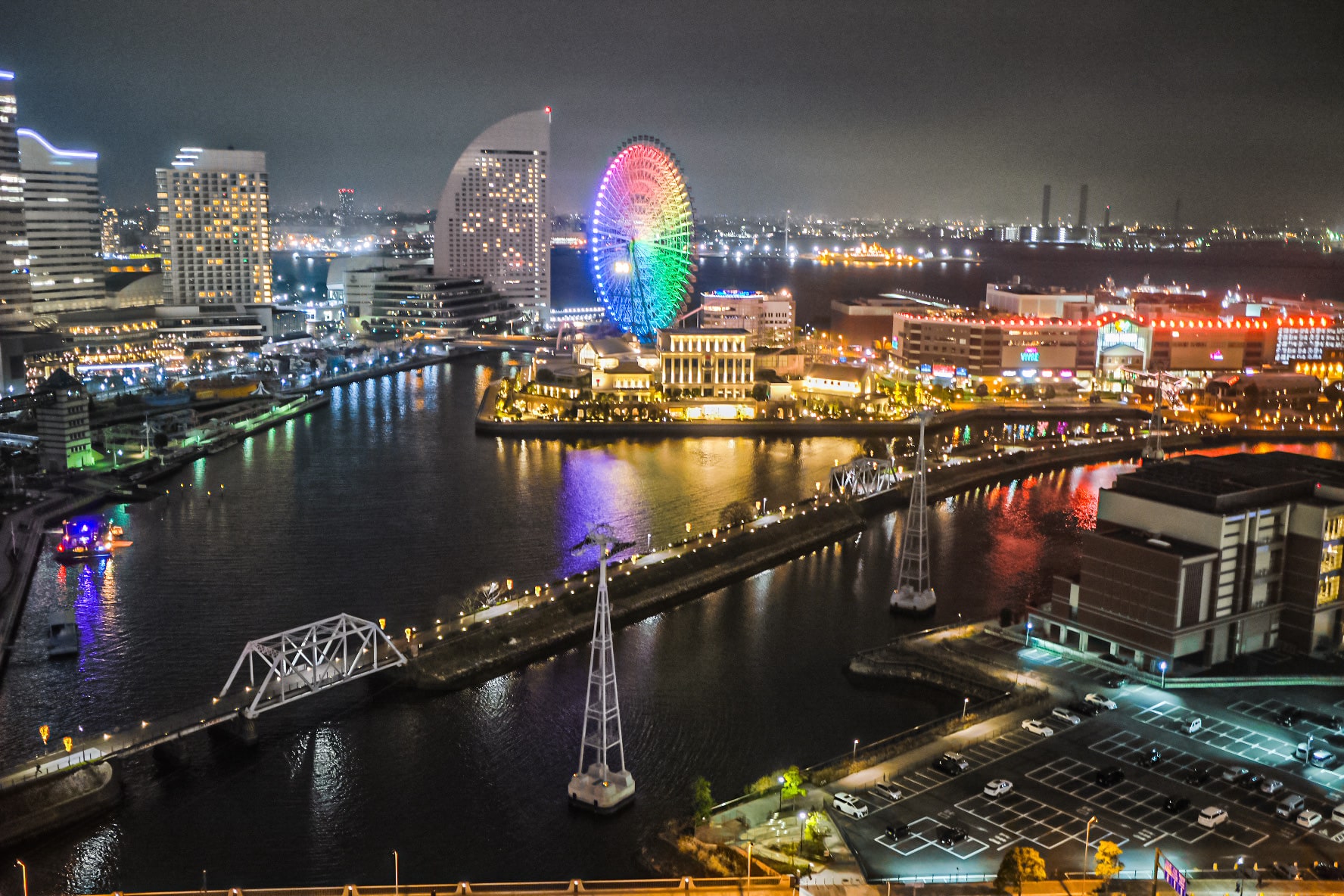 Next, we have the city of Yokohama (横浜) which is located in Kanagawa prefecture.

This is another large city, inhabiting over 3.7 million citizens, over 100,000 of them being foreign citizens.

Although located in a different prefecture, Yokohama is really close to Tokyo, meaning that the train and bus systems are as well established as Tokyo.

Since it is a port city, the night view of the illuminated buildings near the shore is fantastic scenery as well as the daytime port view.

Some of the famous tourist spots include the Redbrick warehouse, the Yokohama landmark tower, and Yokohama Chinatown.

If you’re planning on visiting Yokohama, check out this list of things to do in Yokohama. 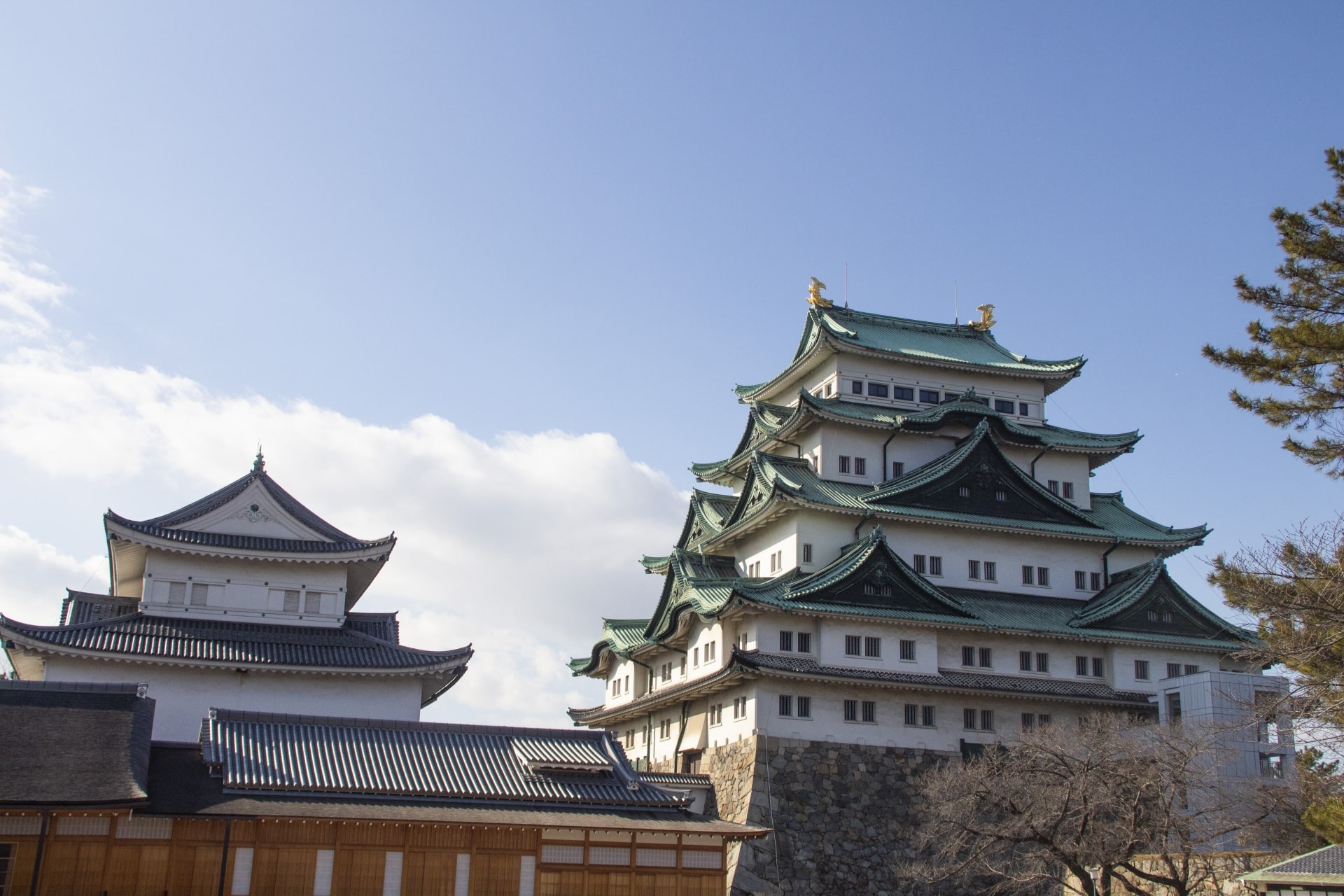 Another internationally well-known city is Nagoya (名古屋), which is located in Aichi prefecture.

Famous for having the gorgeous Nagoya castle, exquisite food, and large foreign population.

2.3 million people live in Nagoya, and out of that number, over 80,000 are foreign nationals. An interesting point is that the proportion of different foreign-language speakers is pretty equally present, making this city a culturally interesting place to live.

Just like Yokohama, Nagoya is also a port city. But it is more famous for being a historically important spot.

Food is another well-known part of Nagoya’s culture. Tebasaki, Miso Katsu, and Hitsumabushi are just some foods you must try!

Both train and bus systems are well established, making it easy to move around the city. Also, the shinkansen (bullet train) makes it easy to travel to both Tokyo and Osaka.

If you’re planning on visiting Nagoya, check out this list of things to do in Aichi. 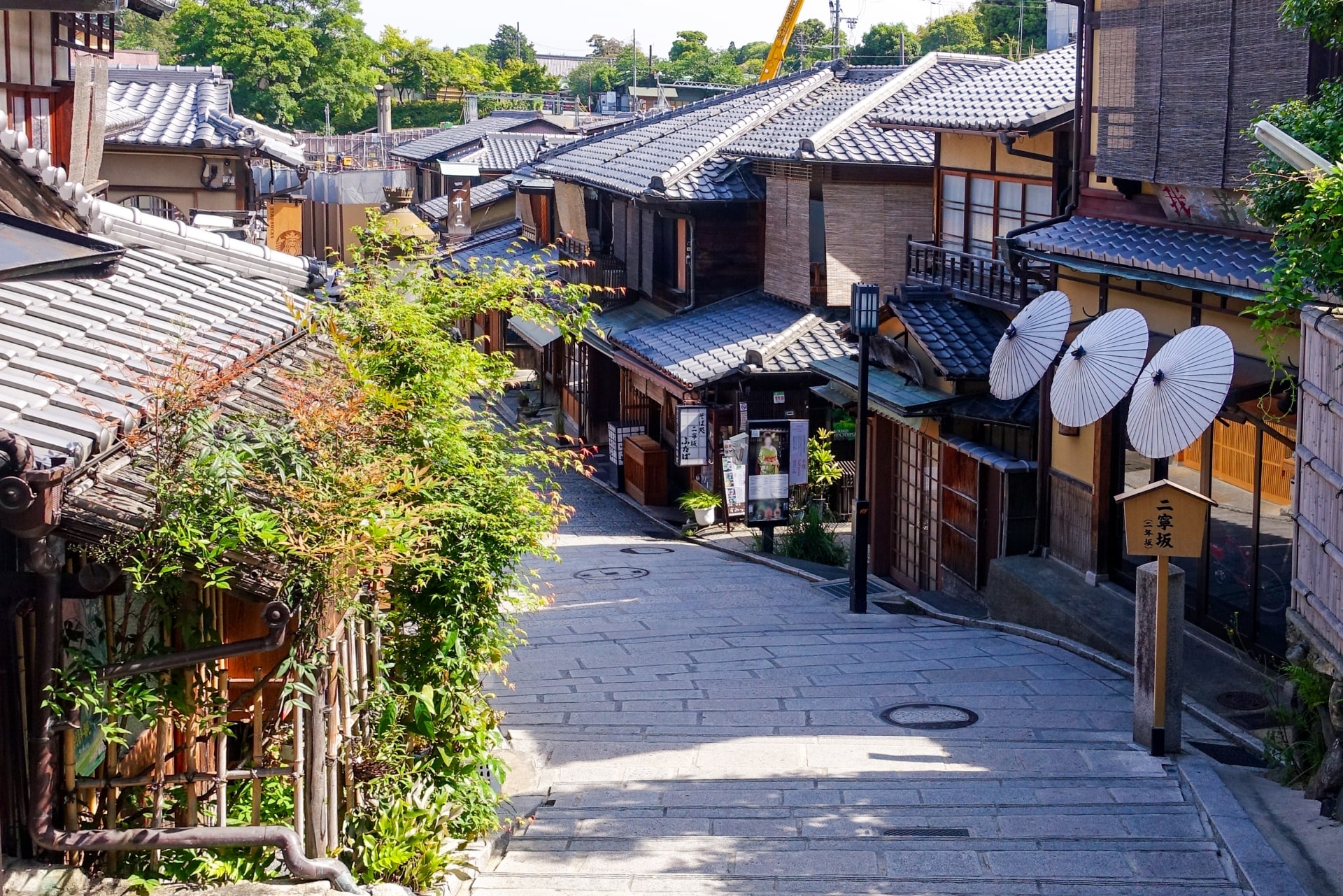 The next city on the list is Kyoto (京都). Kyoto is not only well known for its tourist spots but also a good place to live as a foreigner.

Around 1.5 million is the population of Kyoto, and out of that number, over 44,000 are foreign citizens.

Kyoto was once the capital of the country, making it rich in historical locations. it is without saying that it is one of the most popular locations for sightseeing. Tourist spots such as Kiyomizudera Temple, Fushimi Inari Taisha Shrine, and Gion are just a few of the many popular places to visit.

It is also popular among foreigners because there are still many Japanese traditional architecture and sceneries, making it a unique place.

Transportation is really convenient and directions are relatively easy to understand compared to Tokyo.

If you’re planning on visiting Kyoto, check out this list of things to do in Kyoto. 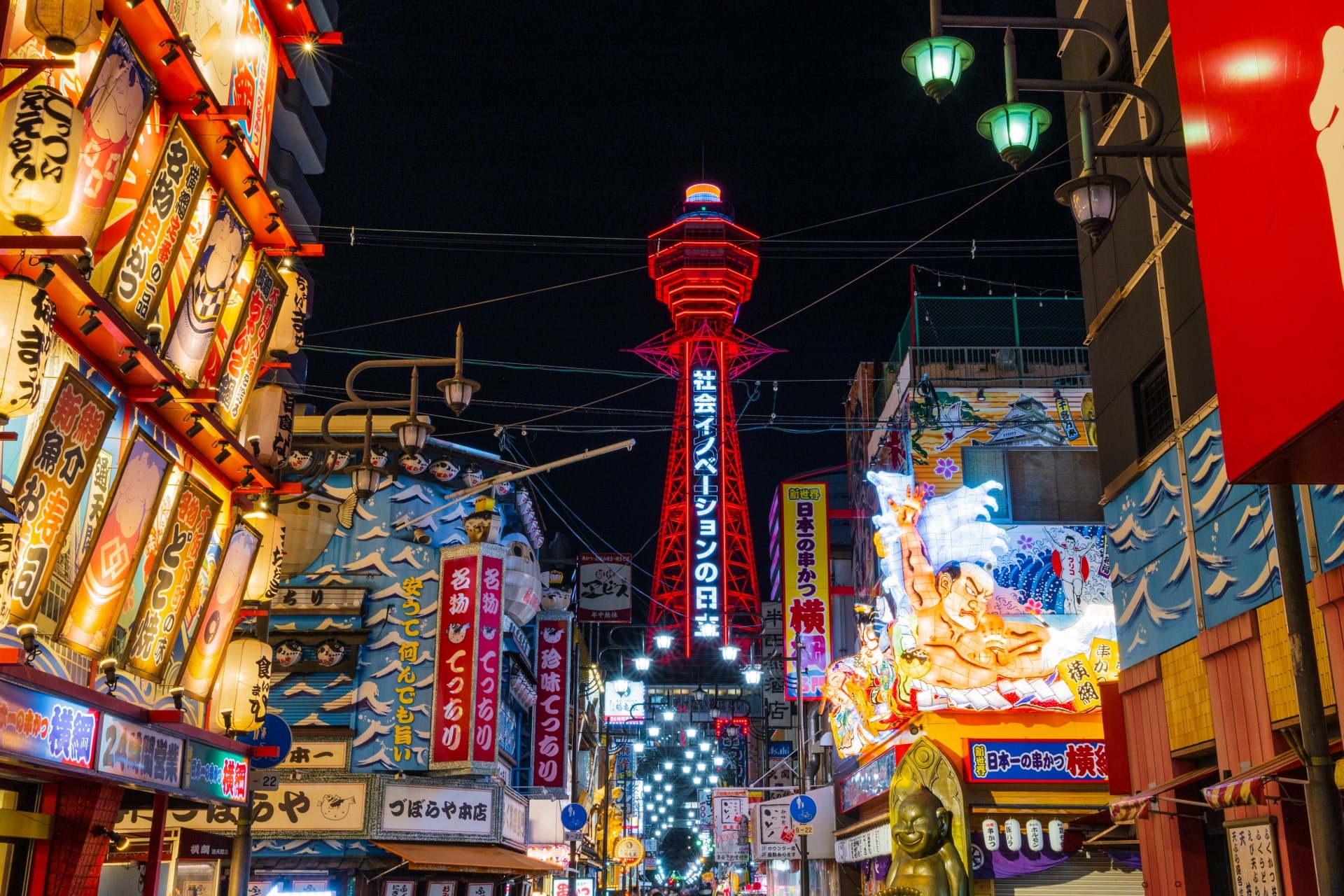 The city of Osaka (大阪) is yet another very popular city among foreigners. Alongside Tokyo, Osaka is one of the two major cities in Japan.

There are over 2.7 million people living in Osaka city. out of those people, over 140,000 are foreigners.

It has its own unique culture that makes it very different compared to Tokyo. Especially, the food is something you can’t miss when you come to Osaka. Takoyaki, Okonomiyaki, and Kushi Katsu are just some of the Osaka foods you must try!

Transportation systems (both train and bus) are well established, making it very convenient to travel around. There’s also the Kansai Airport, which makes it easy for traveling overseas as well.

Some of the many touristic spots include Universal Studios Japan, Dotonbori, and Shitennoji Temple.

If you’re planning on visiting Osaka, check out this list of things to do in Osaka.

Next on this list, we have the beautiful city of Kobe (神戸) which is located in Hyogo prefecture. Just like Yokohama and Nagoya, this is a port city that has beautiful ocean view spots.

The population of Kobe is 1.5 million, and 48,000 of them are of foreign nationalities.

Because it is a port city, you will see how a lot of the city has been influenced by different cultures. Tourist spots such as Kobe Chinatown, The Former Foreign Settlement Of Kobe, Kobe harbor land are just some of the many locations where you will feel the unique Kobe vibe.

Food is another major component of Kobe culture. You can’t miss out on Kobe beef.

Transportation is also convenient, being less than an hour away from Kyoto and Osaka. If you use the bullet train, it takes about just over 3 hours to get to Tokyo.

If you’re planning on visiting Kobe, check out this list of things to do in Kobe. 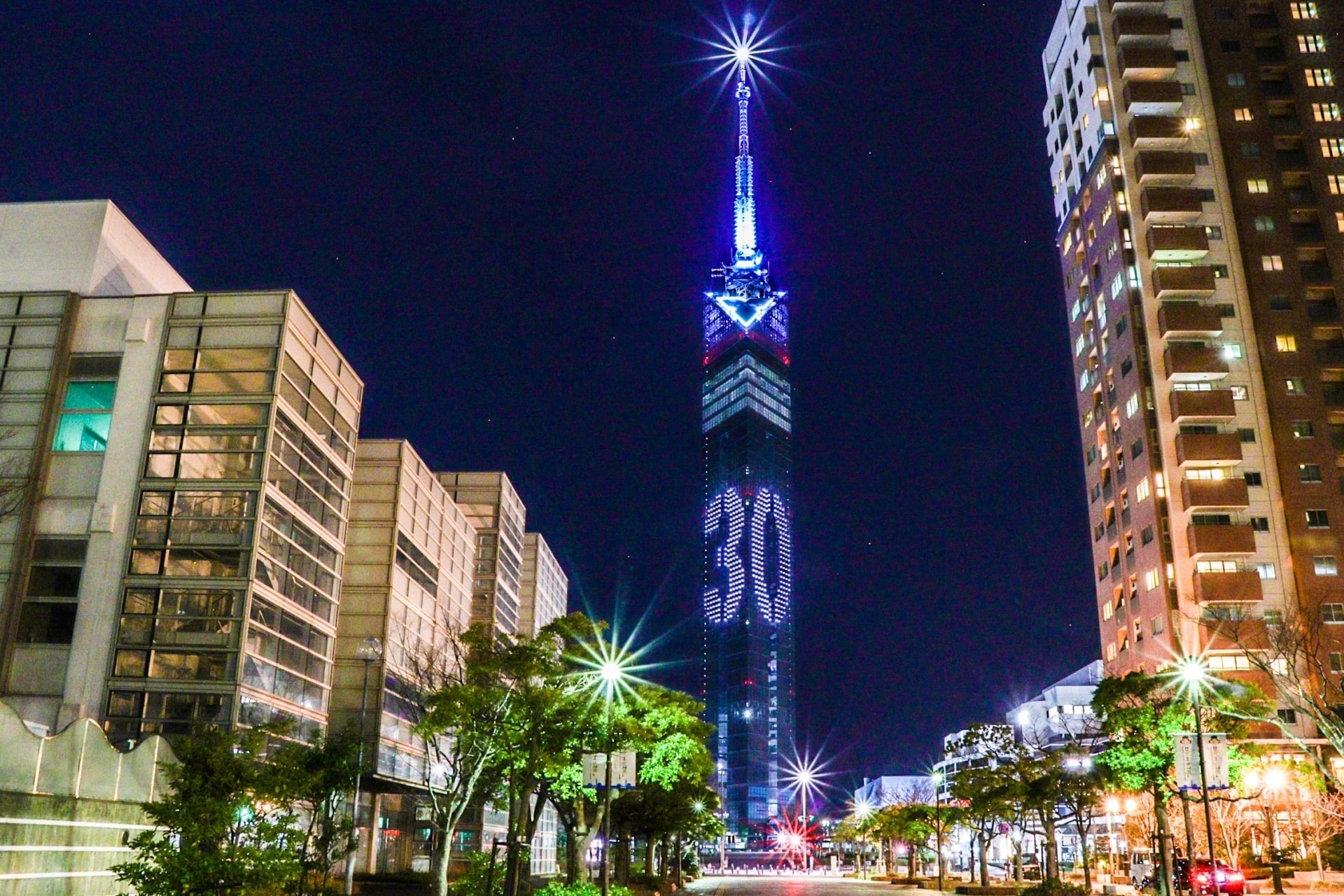 Next on the list, we have the city of Fukuoka (福岡) in Fukuoka prefecture. This is yet another port city. You can tell port cities are a thing on this list.

Fukuoka is the largest city on the Kyushu island, having a population of 1.5 million people. And you might be surprised to know that nearly 37,000 foreign nationals live in this city.

A big reason why there are so many foreigners in this city is that there are many universities nearby that offer international student-friendly programs.

This area, also known as “Hakata”, is famous for its Onsen (hot springs) and delicous local foods. Tourist spots include Dazaifu Tenmangu Shrine, Canal City Hakata, and Itoshima. And when it comes to food, Hakata-style Ramen, Motsu Nabe, and Mentaiko (Spicy Pollack roe) are just some of the many famous foods you must try when you come to Fukuoka!

If you’re planning on visiting Fukuoka, check out this list of things to do in Fukuoka. 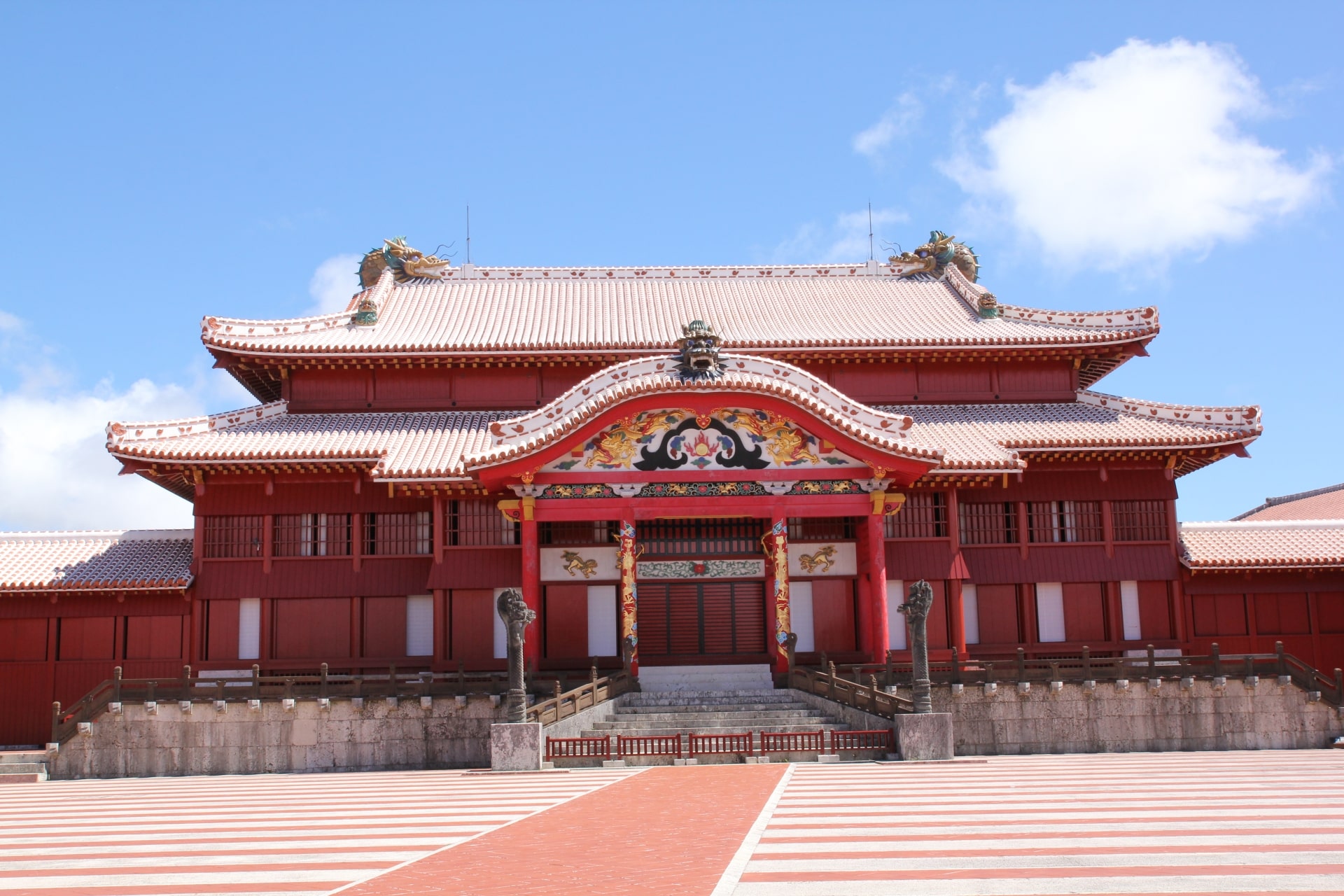 Lastly, we have the city of Naha (那覇) which is located in Okinawa prefecture. This is the southmost city on our list.

The population of Naha is 320,000, which is relatively small. However, about 5,000 of the residents in this city are of foreign nationality, making it an internationally dense city.

It is without saying that what makes Naha so attractive are its beautiful beaches and the nice weather that doesn’t get too cold.

Being a small island removed from the main islands of Japan, Okinawa on its whole has a very distinctive and unique culture that many foreigners love.

The food is also unique since it has influences from Japan, China, Southeast Asia, and even the US. Goya Champuru (Bitter Melon Stir Fry), Okinawa Soba, and Umi Budo (Sea Grapes) are just some examples.

Although it is very removed from the main islands of Japan, it only takes a 2.5-hour airplane side to Tokyo.

If you’re planning on visiting Naha, check out this list of things to do in Okinawa.

▽For those who are interested in buying real estate in Japan, these articles will help you!▽ 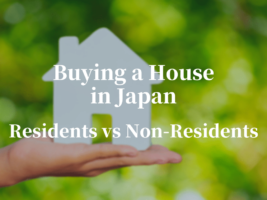 Home Loans for Foreigners in Japan How to get a home mortgage as a foreigner in Japan jw-webmagazine.com 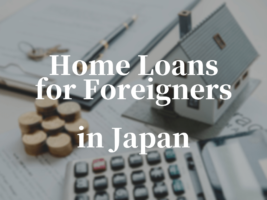 If you are dreaming of living in Japan or thinking about it, these are just some of the attractive locations where you could enjoy Japan in many ways. If you’re interested in more information like this, please check out our other articles as well. 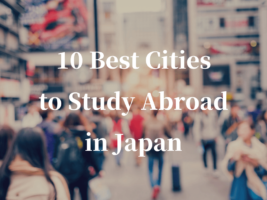 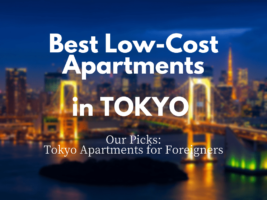 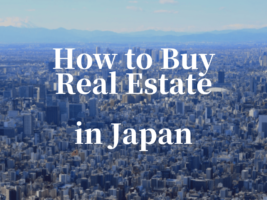 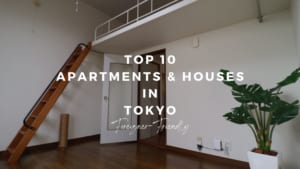 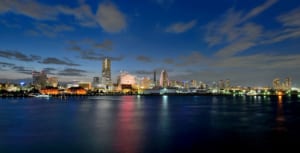 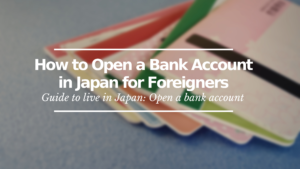