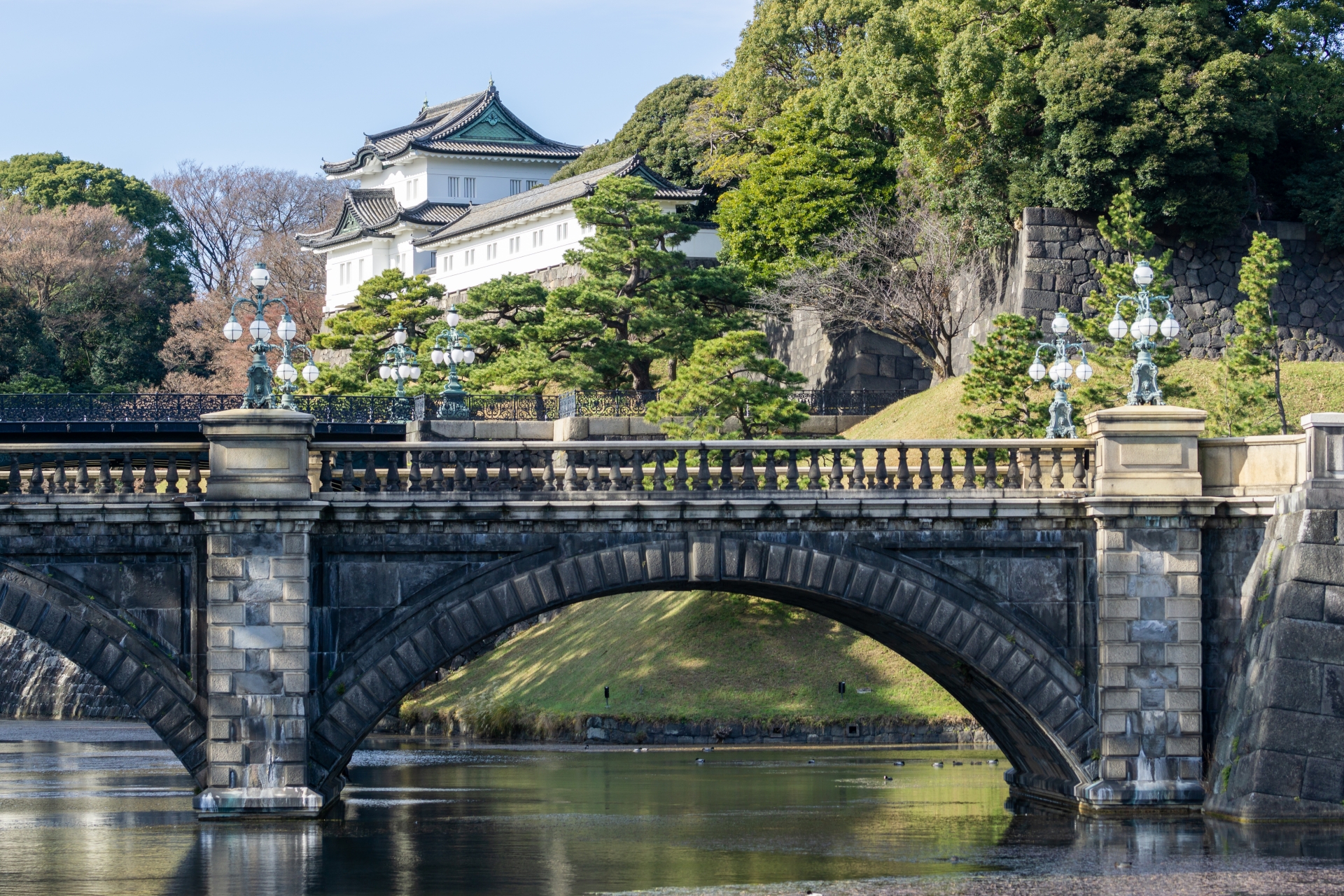 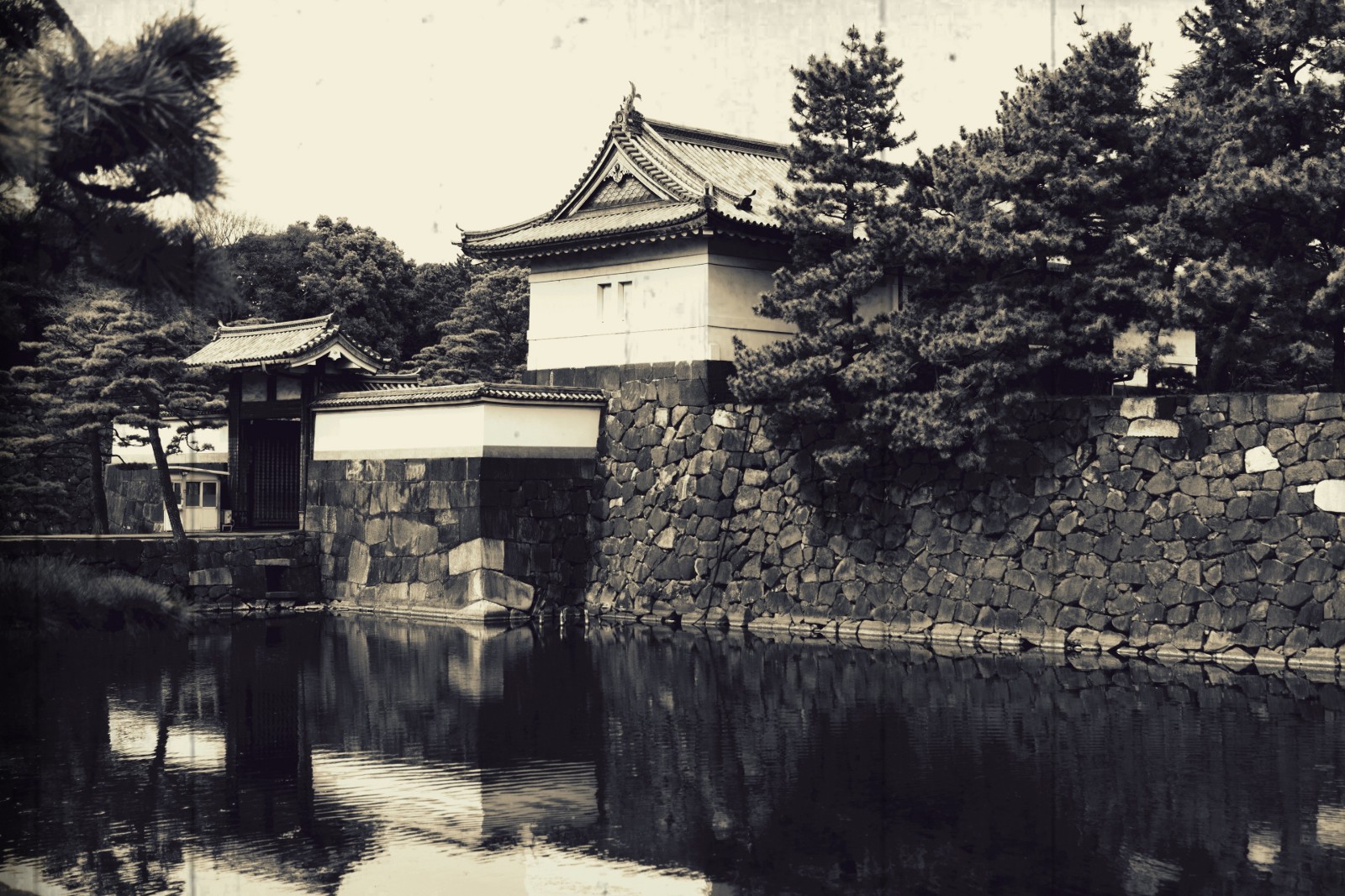 As to the former question, Japanese imperial family lived in Kyoto from 794 (Heian Period) to 1869 (Meiji Period), and the Kyoto Imperial Palace is open to public and is visited by many tourists today. And then, the imperial family including the current Emperor Naruhito and the Empress Masako lives in Tokyo Imperial Palace now. In 2019, the former Emperor Akihito was abdicated and the present Emperor Naruhito has been enthroned as the 126th emperor of Japan since then.

Imperial Palace itself, home to Emperor Naruhito and Empress Masako, is closed to public basically. A tour around the palace are held twice a day. You can see historic buildings such as the Council building, Fujumi Yagura (Mt.Fuji-view Keep) and the palace itself. The number of visitors for the tours is limited but it’s able to reserve via its website in advance.

Apart from the tour around the palace, gardens around the site are very popular for sightseeing. One of the gardens, the Outer Garden (皇居外苑) is a border between the rich-nature site and the skyscrapers in Marunouchi. Don’t miss a stone bridge to a main gate which is the most famous spot in the site. The view of Fujimi Yagura over the bridge is beautiful. 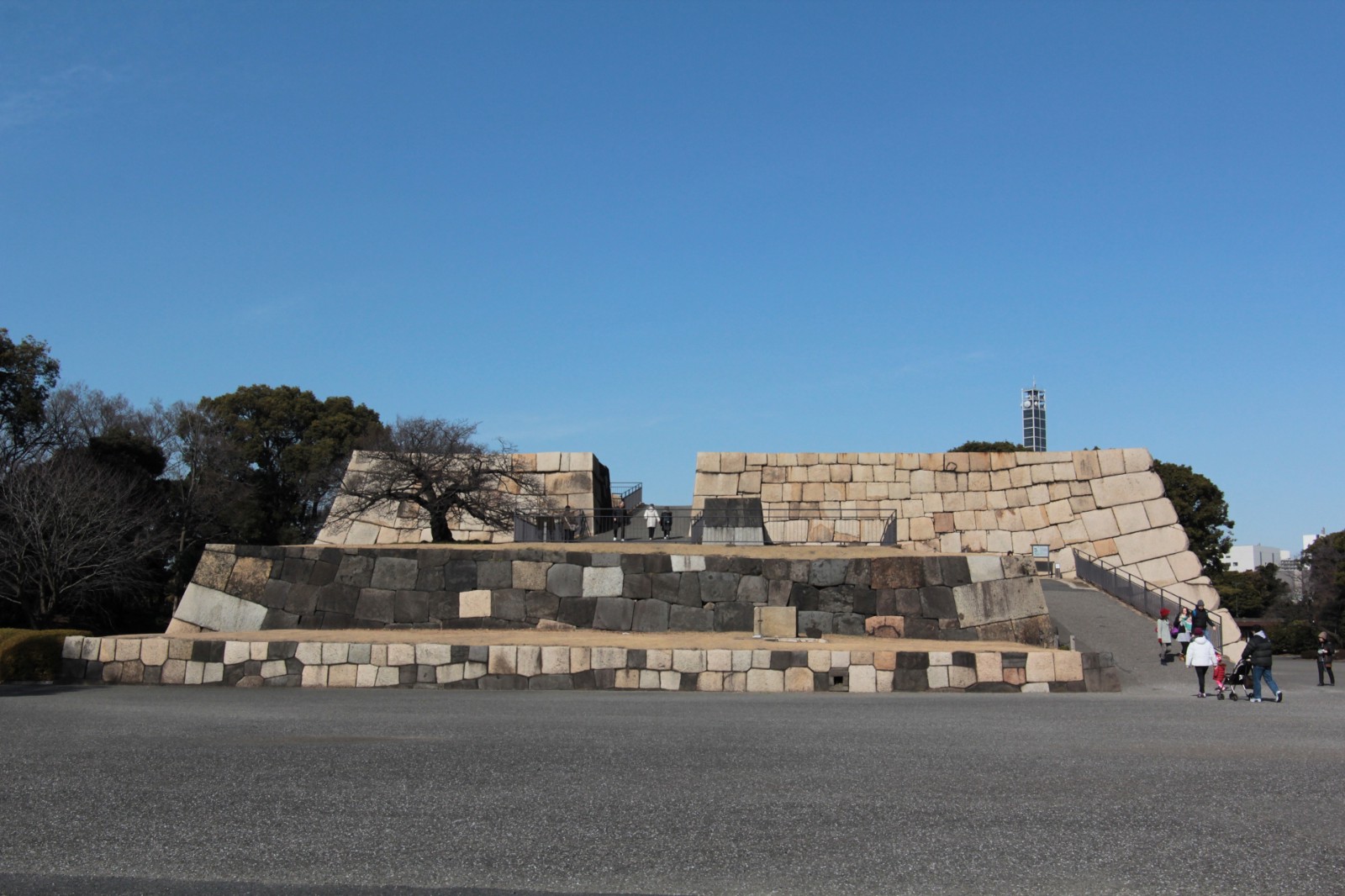 The East Garden (皇居東御苑) of the palace is also free to admit. There is the chance to view the remains of Edo Castle stone wall. There are three gates to enter but the east gate Otemon Gate is the nearest one to Tokyo Station. It’s the principal entrance to Edo castle. Beyond the gate, you can stop to enjoy the Museum of Imperial Collections. It offers over 9,500 artworks possessed by the imperial family.

A moat and stone walls surrounding Tokyo Imperial Palace form the beautiful view with history and greenery. That is why many people choose this place for running and cycling. You can see beautiful cherry blossoms along the most in spring. The gingko trees standing along the streets between Tokyo Imperial Palace and Tokyo Station change their leaves into gold in autumn.

How to Get to Tokyo Imperial Palace

The Imperial Palace is located within about 10–15 mins walking distance from the transportation hub Tokyo Station. Get out of Tokyo Station Marunouchi Central Exit.

The business hours of Tokyo Imperial Palace depends on the season, so it is highly recommended to visit it in the morning or early afternoon for sure.

If you take a trip to Tokyo, you would probably use Tokyo Station once at least, so let’s visit Tokyo Imperial Palace on foot from the station. For more info about Tokyo, you might also like these articles.

For the tour around the Imperial Palace building, please apply here!!

For exploring the history and nature of Tokyo Imperial Palace, don’t forget to add this important spot to your itinerary in Tokyo. If you are interested in more info about Tokyo, check out these articles below! 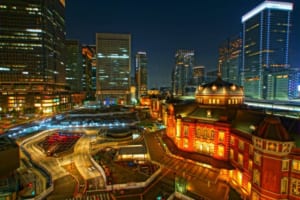 5 Best Things to Do at Tokyo StationTokyo Station guide: eat, shop and be entertained jw-webmagazine.com 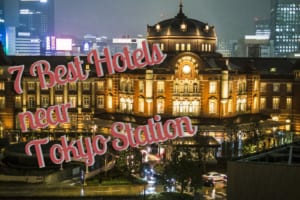 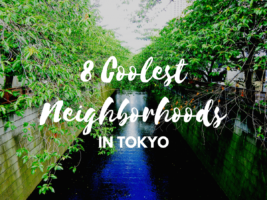