Latest Survey conducted by Clinic Nearme to its customers 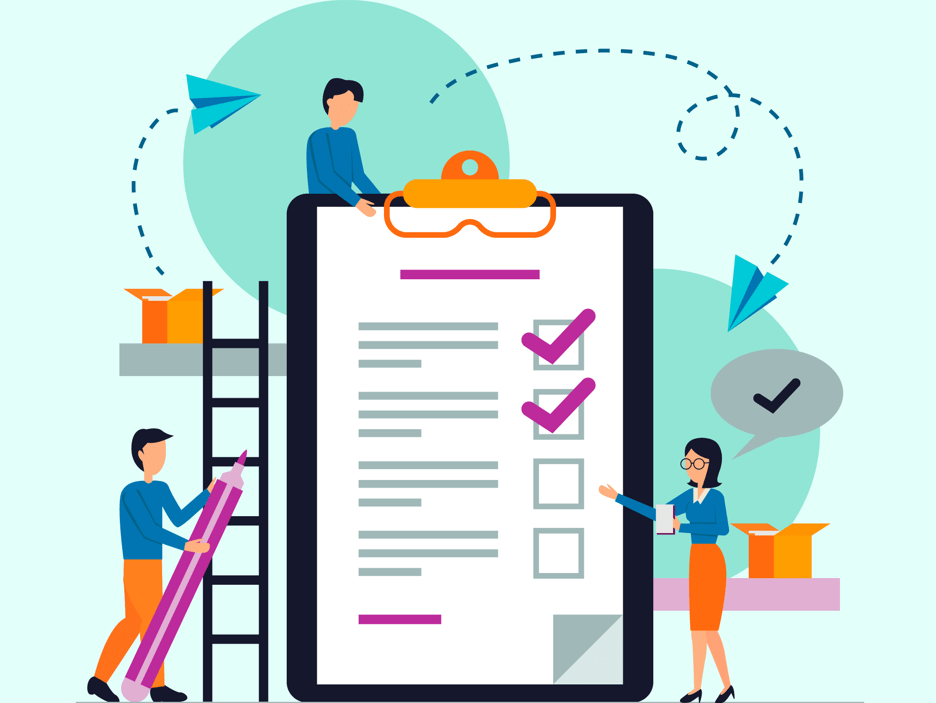 As of December 1st, COVID-19 cases in Japan have been steadily declining ever since the Olympic games in Tokyo ended in August. You can see how shops and restaurants are almost back to the usual business hours, and things seem like they are heading in the right direction.

However, as you may already heard, the Japanese government just announced a few days ago that it will ban new foreign arrivals for at least a month over fears of the new Omicron variant of the Corona virus. This restriction started on November 30.

You can check the details of this news here.

This news will definitely alter many people’s plans, especially being in a season where many people like to travel.

We wanted to see how this news has affected people’s plans of traveling. Therefore, our PCR test online booking service, Clinic Nearme, has conducted a survey among its customers.

In this article, we will share the results of this survey so that you can have an idea of how the situation is regarding peoples traveling plans.

Our Survey regarding Travel Plans during COVID-19

Our latest survey questions about traveling plans among Clinic Nearme Customers are as below;

although we started conducting this survey just a few days ago, we already have over 100 responses. Here are the results.

1. Where are you currently living?

As you can see, the overwhelming amount of people who took this survey are people living in Japan. 97% to be exact, as opposed to 3% living abroad.

2. Do you have any plan to travel for Christmas / New Year holidays?

84% of the people who took the survey answered that they have plans to travel during this winter. And only 16% have no plans on traveling at this point.

4. Due to the current situation, did you change your plans?

As you can see, most of the people who took this survey responded that they will not change their plans on traveling this winter(69%). This is followed by 21% who are not decided yet, and 10% who decided to change their initial plans due to the recent announcement.

It’s important to notice that some people decide to change their departure to a sooner date so that they can avoid any kind of potential changes in country entry/departure regulations.

For those who answered “YES” in the previous question, we asked why did they decide to change their plans. 67% responded that it was due to the fear of the possibility that they might not be able to come back to Japan due to the restrictions.

6. If you decide to change your plans, when would you like to reschedule?

7. Do you plan to go to Japan in a near future?

8. Did the current situation and restrictions change your plan of living or visiting Japan?

9. Where do you usually get information regarding the COVID-19 situation? 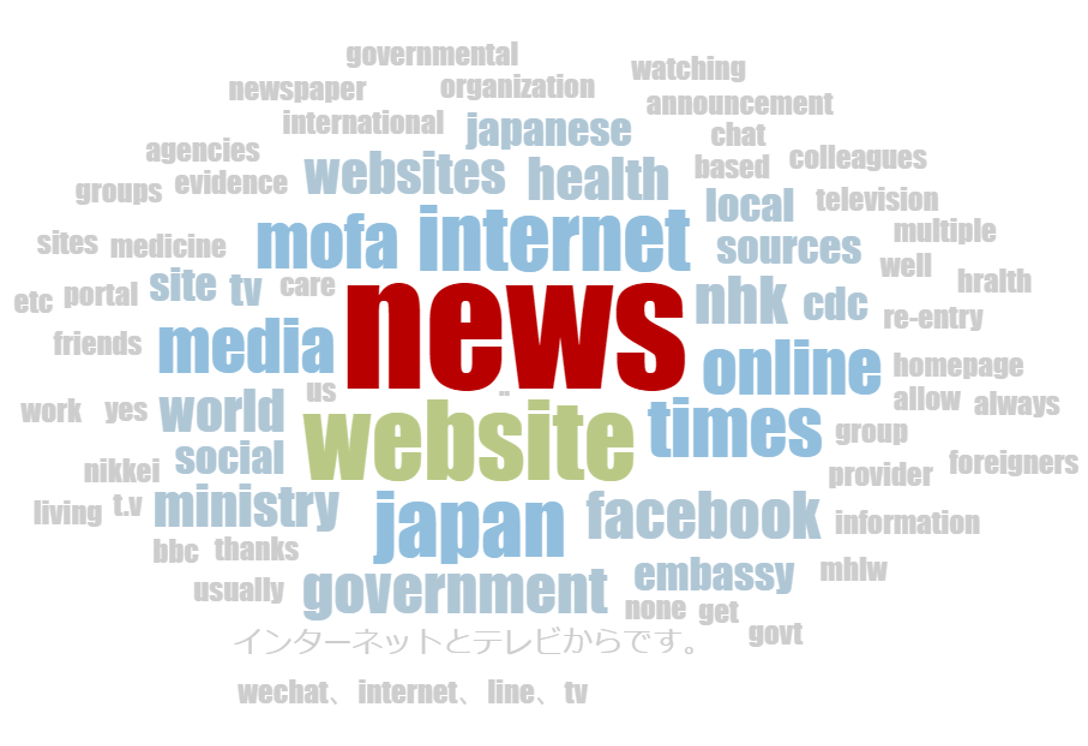 【Some of the Answers from customers】

10. Are you afraid of the new Omicron variant? Why 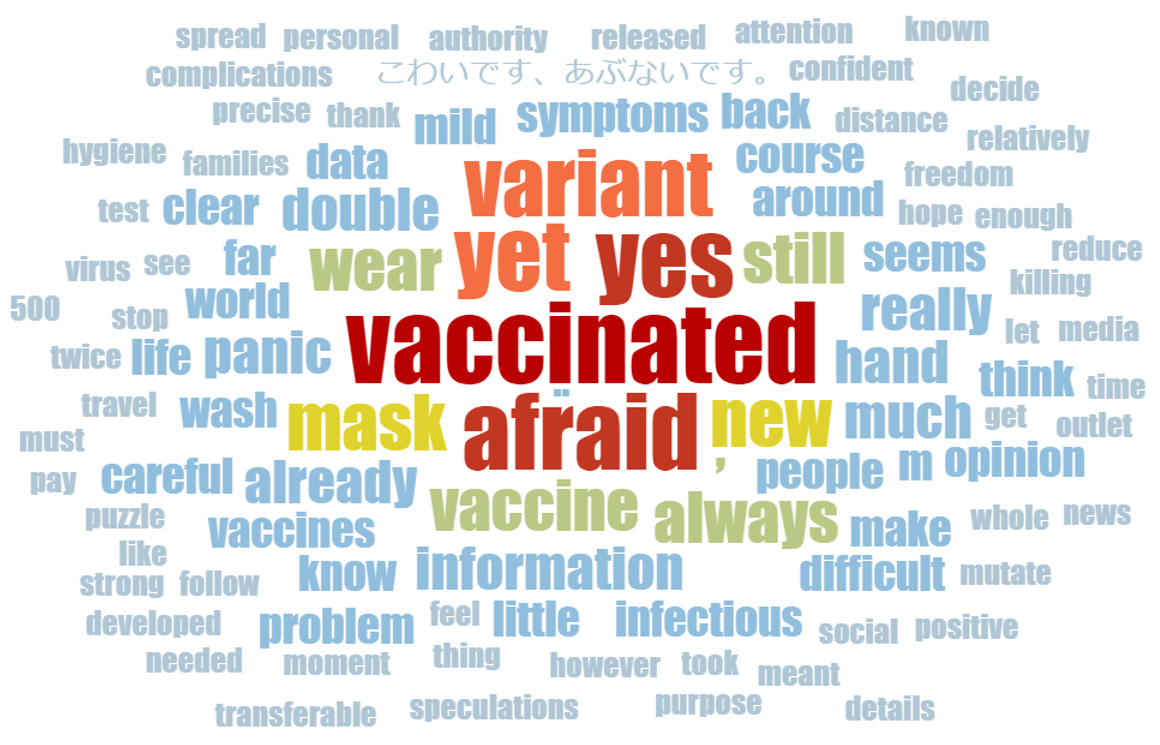 As you can see in the image above, the major keywords that came out from the answers of this survey are “Yes”, “Vaccinated”, “afraid”, and “Yet”.

It seems that there are mostly 3 patterns of answers to this question.

【Some of the Answers from customers】

As I mentioned before, this survey was conducted by Clinic Nearme.

At Clinic Nearme, we offer PCR tests including certificate issuance apt for entering any country in the world. We accept last-minute reservations for people who are in a hurry and there is no cancellation fee even if you decide to cancel your appointment on the same day of your test.

I hope this article was helpful for you in any way.

We now offer a Newsletter service in which we can keep you informed with the latest news regarding travel restrictions having to do with COVID-19.

If you are looking for more COVID-19 related information, check the following articles. 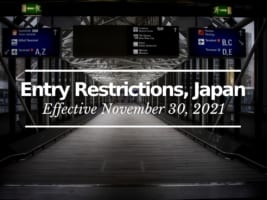 Survey About COVID-19 in Japan Clinic Nearme has conducted a survey among its customers jw-webmagazine.com 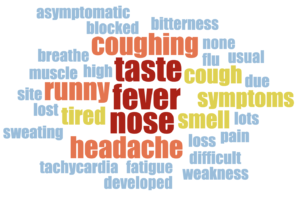 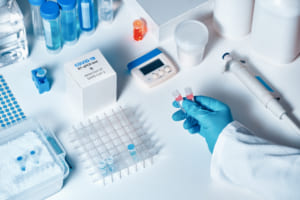 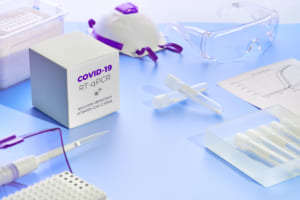 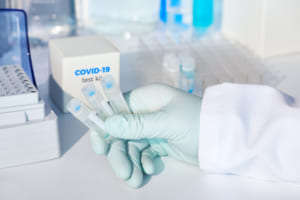 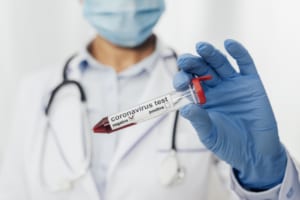 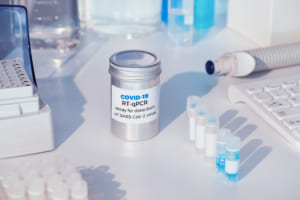 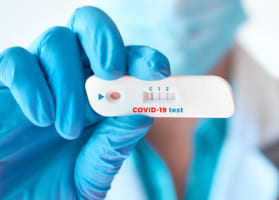