The japanese festival about two lovers separated by the milky way 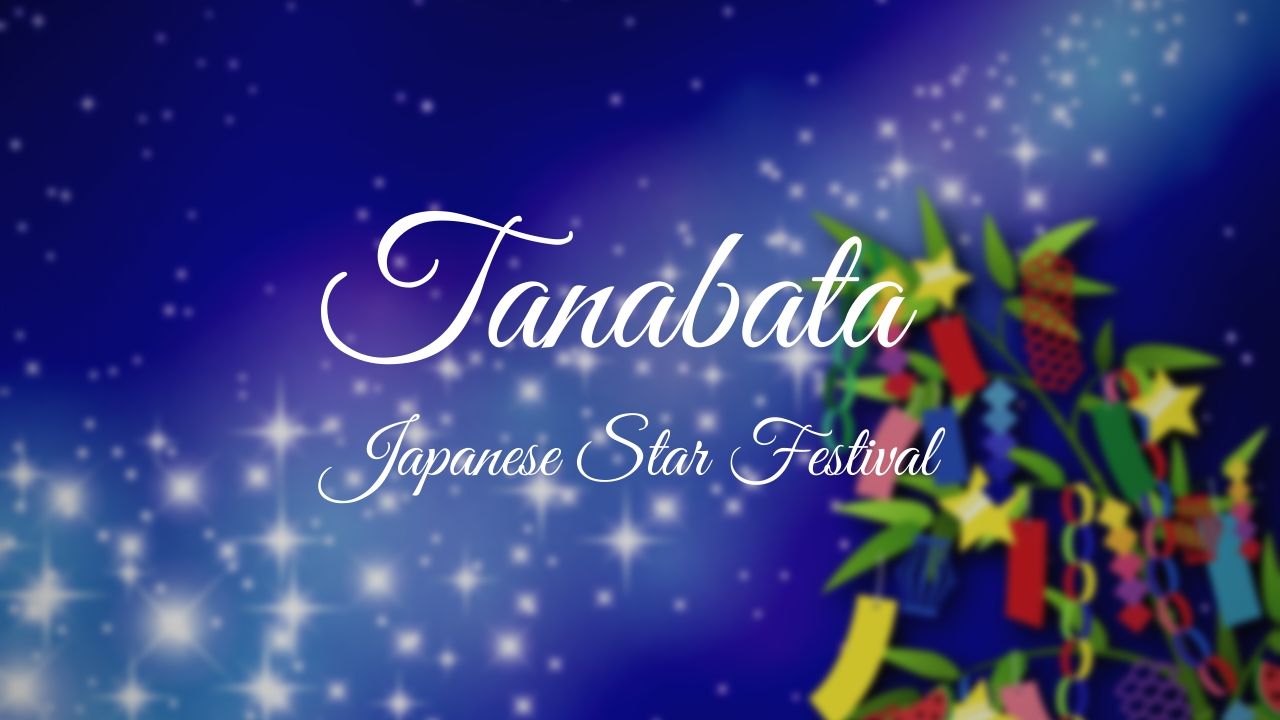 In Japan the beginning of summer is marked by the Tanabata (七夕) or Star Festival, one of the most beautiful and popular festivals. The Tanabata is celebrated on July 7 and is based in a Japanese legend of Chinese origin about two lovers who were separated each side of the milky way. 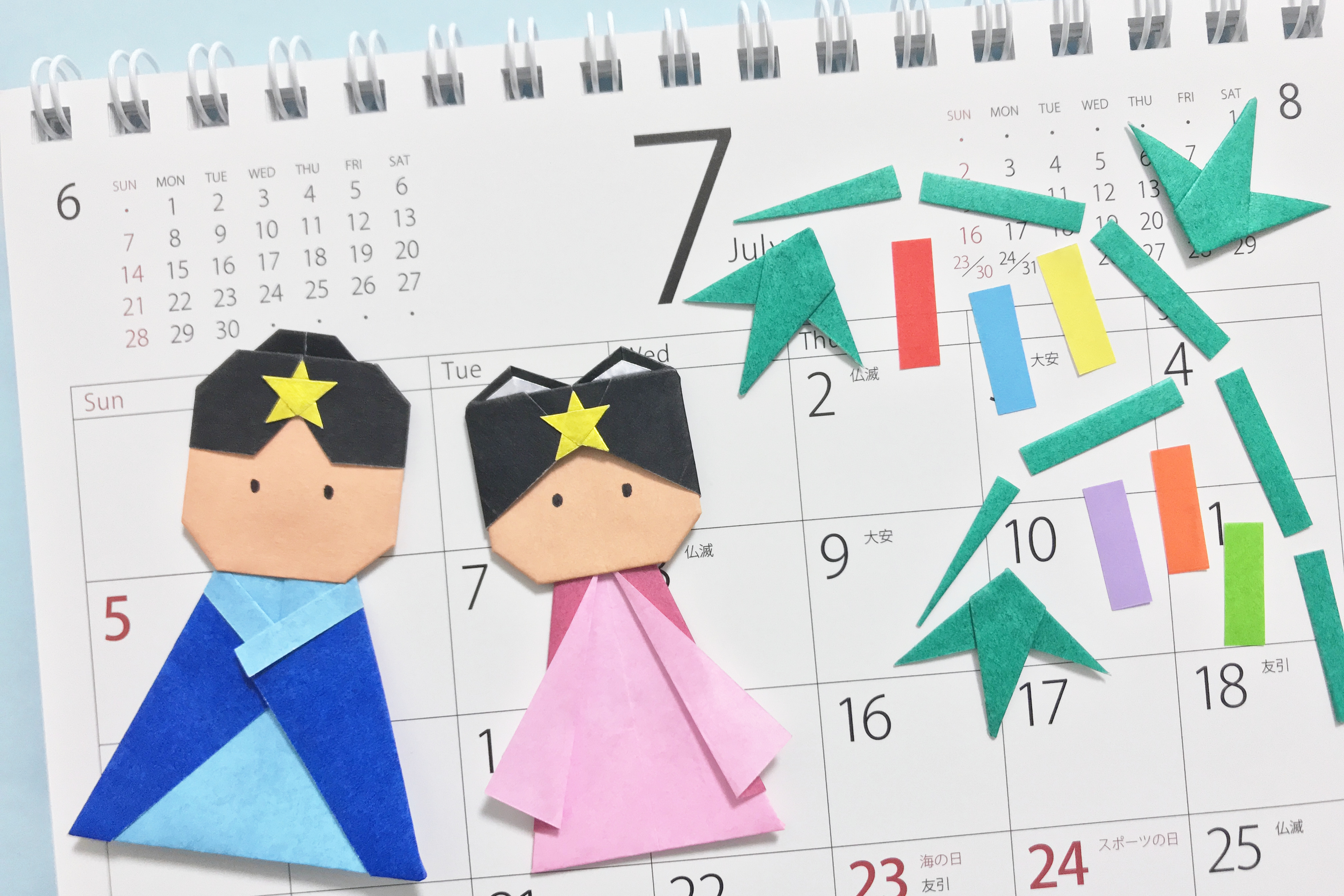 Along with Kodomo no Hi, Tanaba is one of the most colorful and visual festivals in Japan, and surely many of you will have seen things related to the festival even without knowing what they meant. For example, bamboo branches in temples, schools and other buildings where the Japanese hang pieces of paper with their wishes for that year.

In this article I’m going to explain everything you need to know about this festival: its origins, the legend of the two lovers, how it is celebrated nowadays and much more!

The origin of the Tanabata

Tanabata is the fourth of the five great celebrations known as gosekku (五節句). I already talked about the five great celebrations when I explain the Hinamatsuri and the Kodomo no Hi, but for those who didn’t read these articles (although I recommend you read them), I will explain it briefly here. Gosekku take place on odd days when the number of the day coincides with that of the month. Exactly on January 1, March 3,  May 5, July 7, and September 9. During these days luck is believed to reach its peak, and through different ceremonies evil spirits are driven away and people are protected.

As is the case with most of these celebrations, it is of Chinese origin and came to Japan during the Nara period (710 AD – 794 AD) through the nobility. But it was not until the Edo period (1600-1868) that it became popular.

The legend of the Tanabata

Legend has it that a long long time ago there was a beautiful princess named Orihime (織姫), daughter of Tentei (天帝), the god of Heaven. The princess, who had a great ability to knit, spent her days making dresses for her father and the other gods of heaven. Orihime was weaving by the heavenly river Ama no gawa (天の川). The heavenly river Ama no gawa is what we know today as the Milky Way.

Some say the princess was sad that she couldn’t find someone to fall in love with because she worked so hard. Others that it was her father who was worried about the happiness of his daughter (either because she knitted a lot, or because she was sad) and decided to introduce her to a boy. Another version is that it was a chance encounter while Orihime was at the loom. Whatever the case may be, she met / was introduced to a boy. A handsome young ox herd named Hikoboshi (彦星), also known in some places as Kengyuu (牽牛).

As expected in this type of story, Orihime and Hikoboshi fell in love quickly and deeply and ended up getting married. However, the two were so absorbed in love that they felt that they began to neglect their tasks (knitting dresses and watching the oxen), something that Orihime’s father didn’t like. Tentei, the god of heaven, punished the couple and separated them forever, placing each at one end of the heavenly river Ama no gawa. This ensured that they both did their jobs. But in the end Tentei was Orihime’s father, and seeing the deep sadness that overwhelmed his daughter when she saw herself separated from her loved one for all eternity, he decided to be more benevolent and understandable. That gave them a chance to see each other one night each year – the night of the seventh day of the seventh month, as long as they had worked hard and conscientiously during that year.

And that is how on the night of July 7 a magpie bridge is formed over the Ama no gawa river so that Orihime and Hikoboshi can cross and meet. Although unfortunately for the two lovers, their annual meeting is conditioned by weather conditions. If the night is clear, they can cross the river without problem. But if it rains that night, the heavenly river channel will rise, preventing the magpies from forming the bridge so Orihime and Hikoboshi  can’t see each other and have to wait for the next year.

Formerly in Japan the Tanabata was celebrated by hanging rectangular strips of paper, which in Japanese are called tanzaku (短冊), in five specific colors: green, yellow, red, white and black. These colors represented the five elements: wood, earth, fire, metal, and water. On these strips of paper, poems about the love story of Orihime and Hikoboshi were written and then hung on cut bamboo poles that were placed on the roofs of the houses.

Currently, wishes are written in tanzaku of different shapes and colors that are hung on bamboo branches that decorate different places such as schools, temples, train stations, etc. Some maintain the traditional format and others give it an original touch. For example in the Tokyo Tower usually they have these tanazaku in the shape of the tower.

It’s said that the day of Tanabata, Orihime and Hikoboshi are so happy to be able to meet again, that they grant all the wishes that are asked of them. Except if it rains, since as I have explained, in that case they can’t meet so they will not fulfill your wishes. 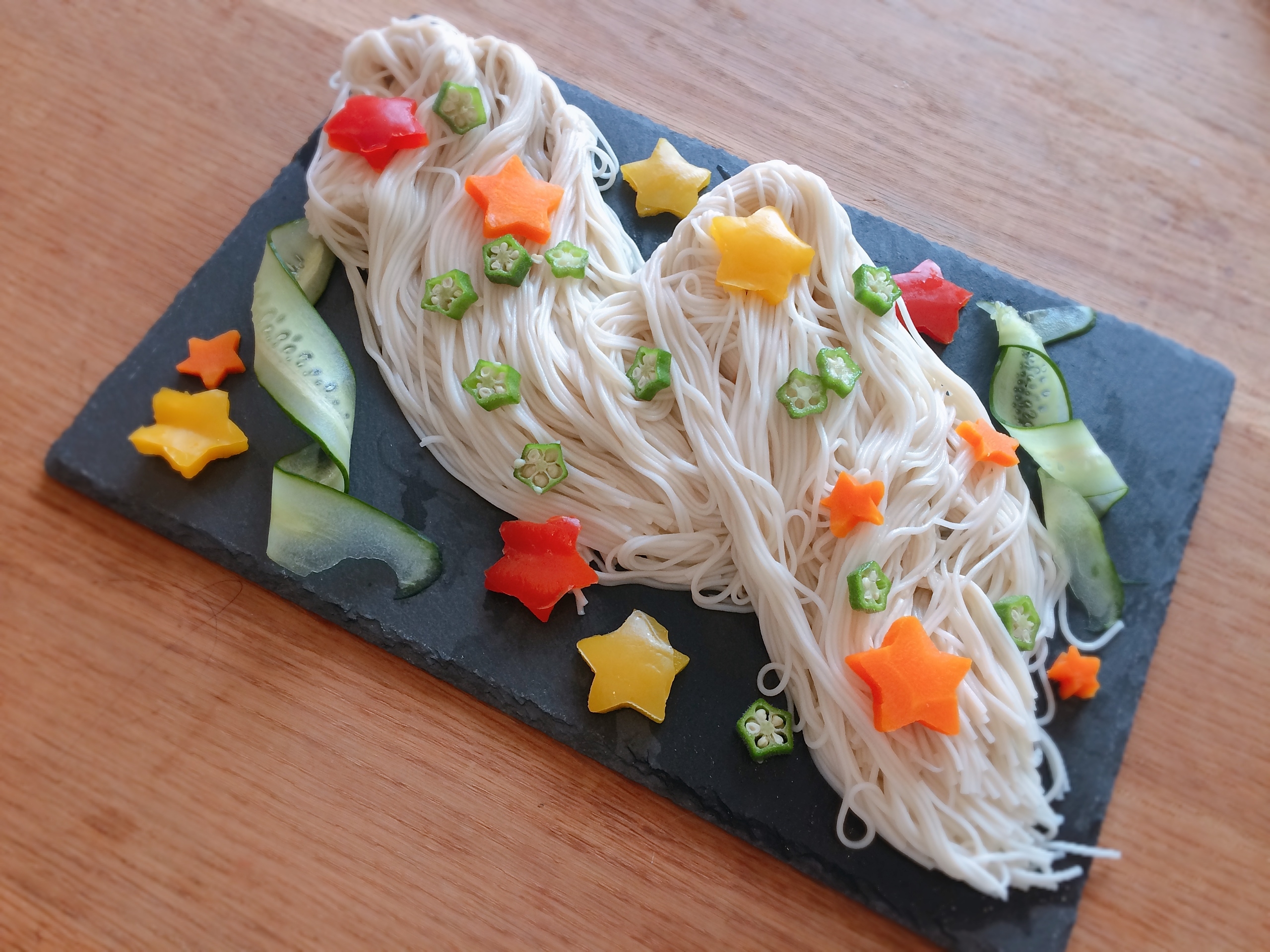 Another tradition of Tanabata day, especially among children, is to eat somen noodles. In Japan, each festival has its typical food. The tradition of eating somen noodles is believed to be because they’re long and thin, symbolizing the Milky Way and the threads of the Orihime loom. This day many mothers prepare their children a special somen that imitates the Milky Way and decorate it with stars made with okra (sometimes they can add some other ingredient to make it more fancy, such as stars made with peppers)

But if you really want to enjoy experiencing a festival not far from Tokyo is the Shonan Hiratsuka Tanabata Festival, one of the biggest Tanabata festivals in Japan. During the festival, the streets of  Hiratsuka area in Kanagawa will be decorated with loads of colourful, gigantic streams and hundreds of stalls.

The biggest and most famous Tanabata Festival in Japan is the Sendai Tanabata Matsuri from the city of Sendai, in Miyagi. Is one of the three great festivals in Tohoku region. However, this festival is not celebrated in July but in August, since it’s based on old Chinese calendar.

There are other places in Japan where it’s also celebrated following this calendar. So if you miss the festival in July, don’t worry, maybe you have the opportunity to see it in August.

Note: Due to the coronavirus, these festivals have been suspended this year, but you can take note of them for next year 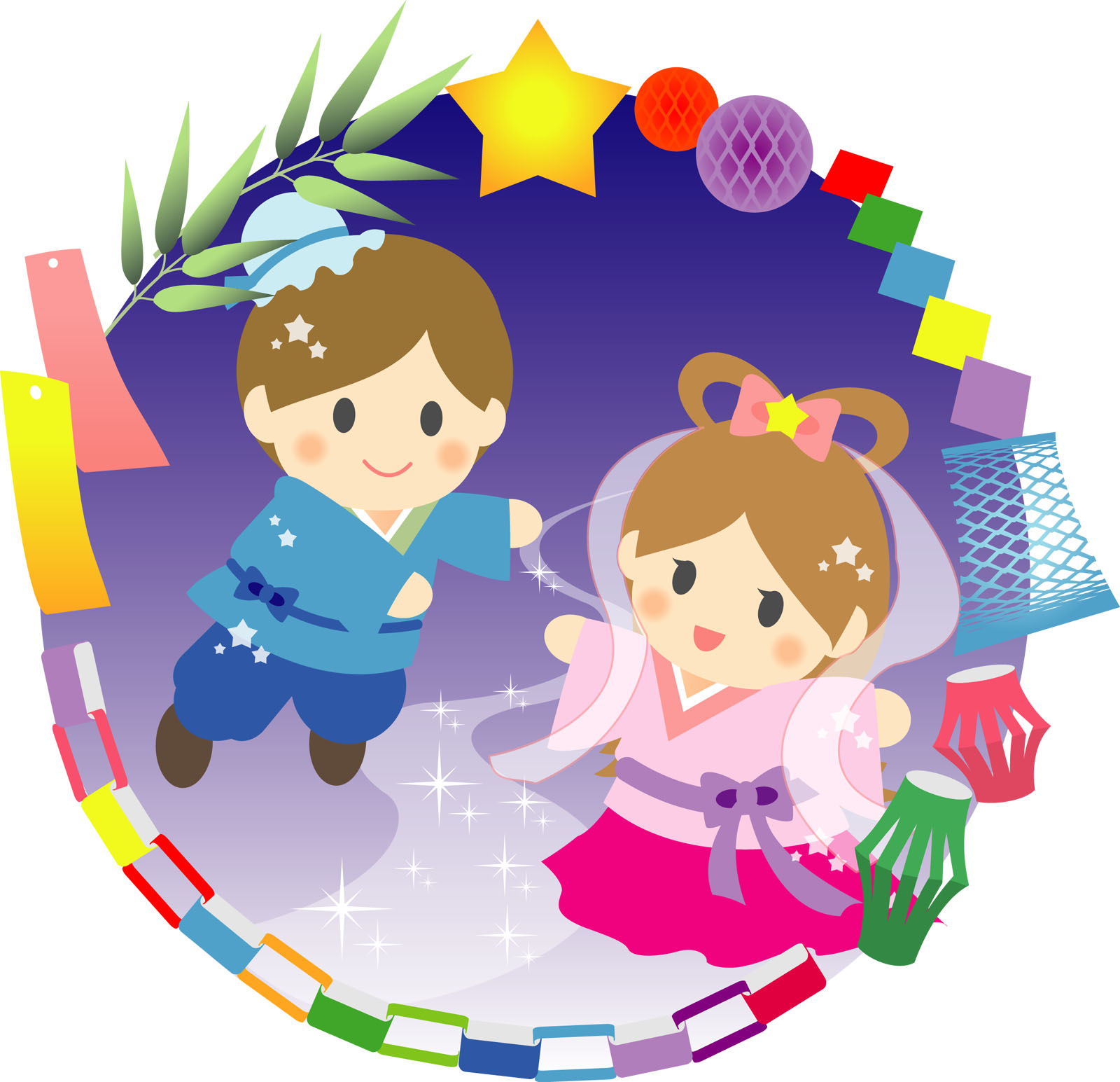 If you liked this article and want to know more about Japanese culture and festivals or things to do Japan in July, don’t miss these articles too! 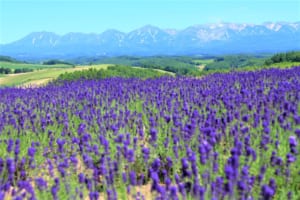 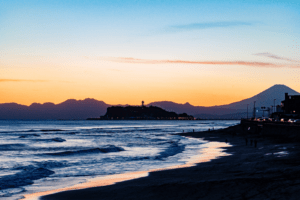 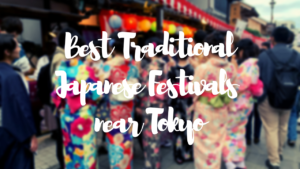