Robot Restaurant Shinjuku Tokyo : Get up to 34% Discount Tickets! 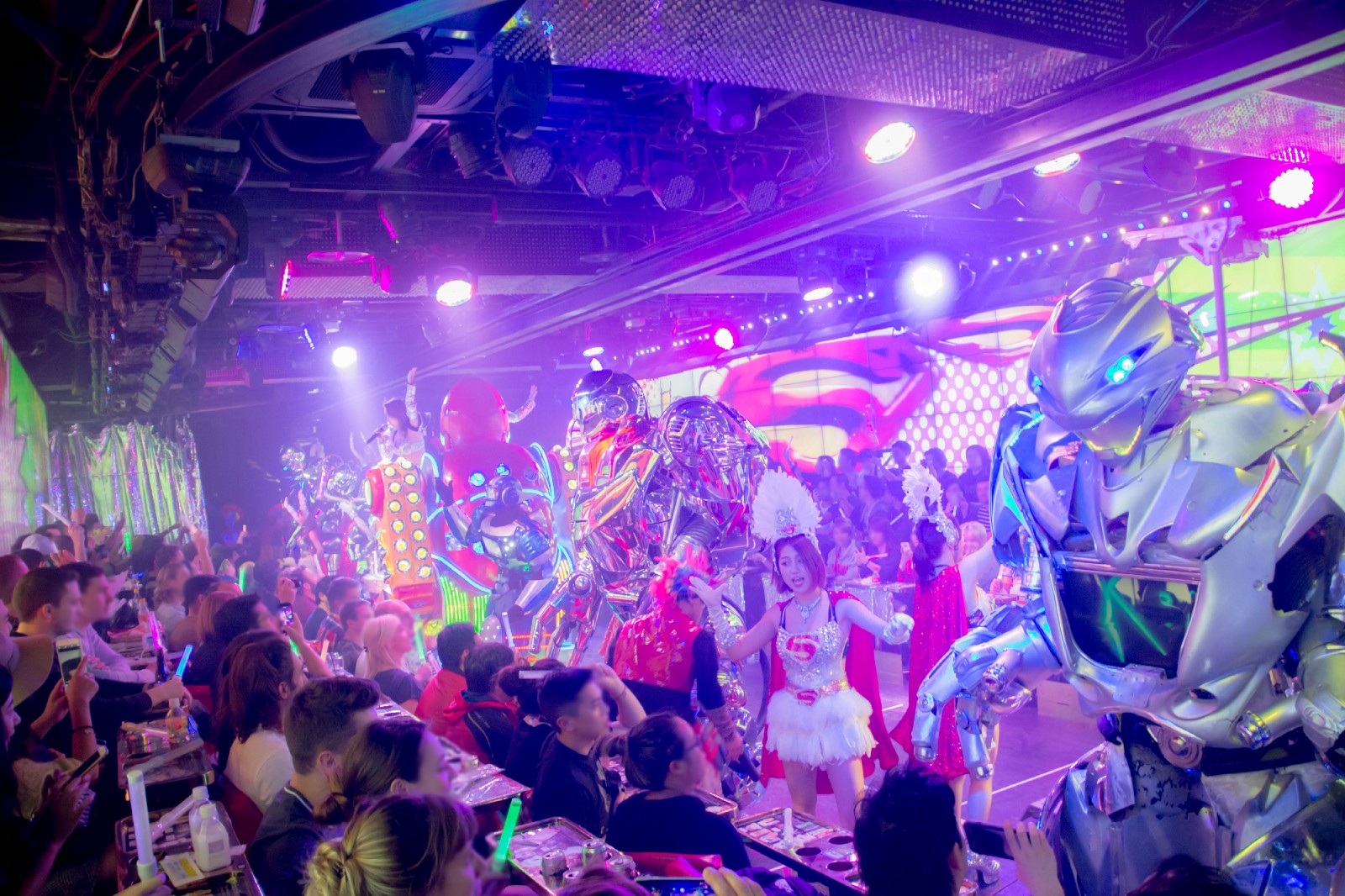 Robot Restaurant in Kabukicho, Shinjuku is Tokyo’s top tourist attraction. Check the review of my first experience to this crazy high-tech robot show and how to get special discount tickets up to 34% off!!

Have you heard of Robot Restaurant?? Robot Restaurant has been one of the most popular tourist attractions in Tokyo in past years. It’s located at the largest red-light district, Kabukicho in Shinjuku area, Tokyo.

Robot Restaurant attracts a large number of tourists including famous celebrities and many of them did photo and video shoots there, too. Most famously, Anthony Bourdain called Robot Restaurant “the greatest show on earth”. At the entrance of Robot Restaurant, there are a lot of photos and autographs of famous people taken at their visits.

Despite it’s called “restaurant”, it’s more like a performance show that features dazzling neon light, laser beams, colourful decor, unique robots, acrobatic Kawaii dancers and loud music. This eye-popping robot extravaganza is like nothing that you’ve ever seen in anywhere else. Reportedly, the whole venue of Robot Restaurant costs around 10 billion yen (around 100 million US dollars) to built!!

I have visited Robot Restaurant in Shinjuku, Tokyo for the first time this summer. It’s located in the middle of Kabukicho, and very accessible from Shinjuku Station (about 5 mins walk from the station).

As soon as I arrived, the first thing that caught my attention was the two large colourful girl robots standing outside of Robot Restaurant. They are actually extremely popular spot for passengers to take photos.

Robot Restaurant recently renewed these two robots for the new look (they also held the renewal ceremony on the same day earlier).

I arrived there about 40 mins before the show, and enter the waiting room which is located at the 3rd floor.

I can’t deny that I got really excited when I saw this colourful and glittering lounge with the shiny decor, and unique shaped tables and chairs. There was also a robot man (looks like Daft Punk) playing along the guitar! How cool 🙂

After while, we were guided to move to the performance venue through the colourful and flashy stairs. At the venue, there were a few vendors selling snacks and beverage, as well as a souvenir counter that sells the limited merchandise of Robot Restaurant.

The 90 mins show at Robot Restaurant is formed with 4 kinds of performances in total, and each one lasts about 15 mins. Also there are breaks in between.

The first act was with a Matsuri theme (traditional Japanese festival) featuring Taiko (traditional Japanese drum) drumming. The dancers were dressed in traditional but crazy costumes and beating drums on gigantic robots which moved around the stage. Topped by the colourful lights and super loud music. What a start! I simply could not take my eyes off during the show!!

The second was more theatrical with a storyline of the battle between robots and the human tribes set in future. There were a variety of fighting scenes featuring small explosions and massive robots including the fire-breathing dragon robots.

The third one was my favourite which featured the light show with dancers in Tron-like costumes. It was a super cool performance with laser beams, neon lights and the stunning choreography. The best moment was the dancers did the iconic move of Michael Jackson “Anti-gravity lean”.

Before the final act, the staff handed audience glow sticks to wave during the performance. The grand finale of the show featured a parade with dancers, cars and numbers of colourful robots along with the song “Uptown Funk”. It was like a cabaret meets future topped with extra glitters.

After the show, three large and shiny robots are carried through the venue, and guests get a chance to take pictures with robots before leaving. This is exclusive for the guests on the first show only! The whole show ended around 5:30 pm, and the outside was still bright. I’d highly recommend you to stick around Shinjuku area after visiting Robot Restaurant as there are a lot of attractions and activities at night in this area.

Overall, I really enjoyed Robot Restaurant. I have heard about the place before and imagined what it would be like, but after visiting, it was beyond my expectation. To be honest, somewhat I thought it was a kind of overrated tourist attraction, but I was wrong.

Is Robot Restaurant worth the price?? Yes!!

It’s absolutely bonkers and ridiculously crazy, but at the same time it’s incredibly fun, super exciting and insanely entertaining. I totally understand why it’s so popular. Being at Robot Restaurant is like entering a new world.

I really liked the dancers at Robot Restaurants who were all energetic, smiley and true entertainers. They simply made me happy! I was also surprised the number of robots appeared on the show!! From human-shaped to gigantic dragon, there were various types of robots. I wonder where they store all of them!!

Apparently, the theme of the show changes occasionally, so even if you have already visited Robot Restaurant once, you should also go back there! If you are looking for unique and crazy experiences in Japan, this is would be the perfect place! You will definitely regret if you miss it while visiting Tokyo.

The show at Robot Restaurant is enjoyable for people of any ages. Children age 3 or below may enter for free (no seat, sit on parent’s lap) and it’s a family-friendly show with no age limit. There are some violence scene during the show, but they are kind of made in a comical way and far from brutal.

The precaution for young kids at Robot Restaurant official website:

□ The show makes use of loud sounds and music which may be uncomfortable for small children.

□ The show also includes the use of bright flashing lights which may result in feeling ill in some cases.

Also Robot Restaurant is located in the middle Kabukicho area, which is a red light district and not the best area for kids to be around at late night. If you are visiting Robot Restaurant with your kids, it’s a good idea to choose the first show which starts at 4 pm.

One more note in case you are wondering if there is a dress code for Robot Restaurant, it’s very casual. According to the official website, there are a few restrictions that they do not allow Sunglasses, Drunk customers, Crime organization members, Tattoos (please cover them), Cosplay outfits and large hat or wigs.

As I mentioned earlier, Shinjuku is a great area to hang around especially at night (for adults). Make sure to stick around the area before or after the visit to Robot Restaurant. Here are some useful articles introducing the best things to do in Shinjuku area.

The official ticket price is starting from 8,000 yen (food, snacks, drinks are not included) and you can purchase them at the ticket office at the Robot Restaurant or their official website.

But don’t you wanna get cheap tickets to Robot Restaurant?? The best discount tickets can be found at Voyagin and you can book the tickets online. Voyagin is a Tokyo based tourism company that provides hundreds of activities, tours and tickets in all over Japan. You can get Robot Restaurant tickets with up to 34 % discount from the full price.Also, when you book with Voyagin, you’ll receive a free souvenir bottle-opener!

Moreover, Voyagin tends to offer (pretty often!) a seasonal promo code that gives even bigger discount. More you spend, you will get bigger discount, which is a great deal for families or group travellers. The lowest priced tickets are available for the first show which starts from 16:00 which costs around $50–60.

With an additional charge, you can upgrade the seat to VIP seat (1st Row Center Seat) or 2nd / 3rd Row Center Seat as well as pre-order of food. (vegetarian option is not available) to enjoy the show with a better view!

As I mentioned, Robot Restaurant is a top attraction in Tokyo, so make sure to book the tickets in advance! 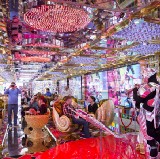 For more information about best things to do in Shinjuku area, check out these articles, too! 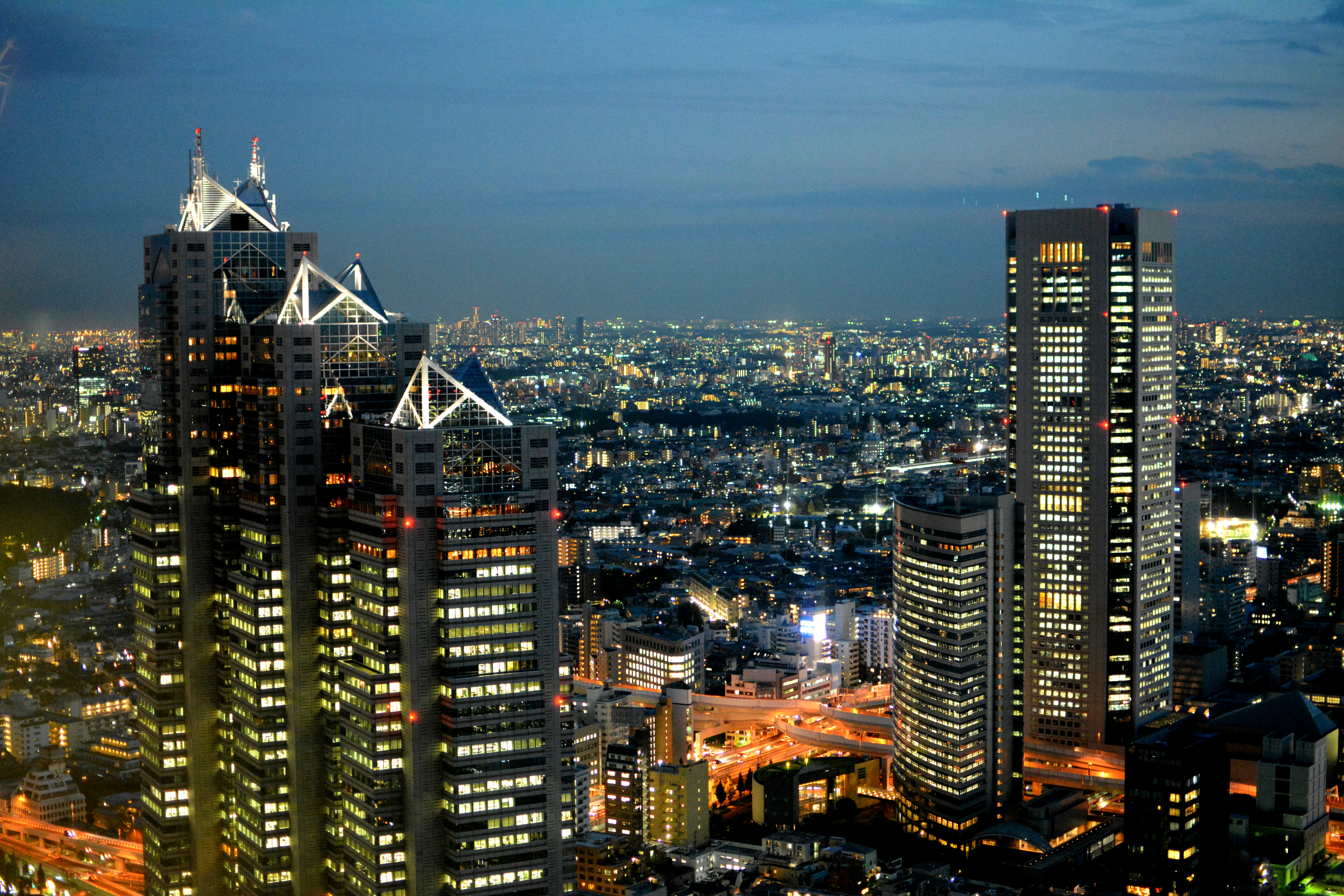 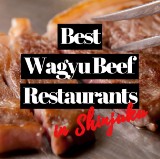 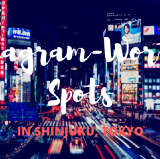 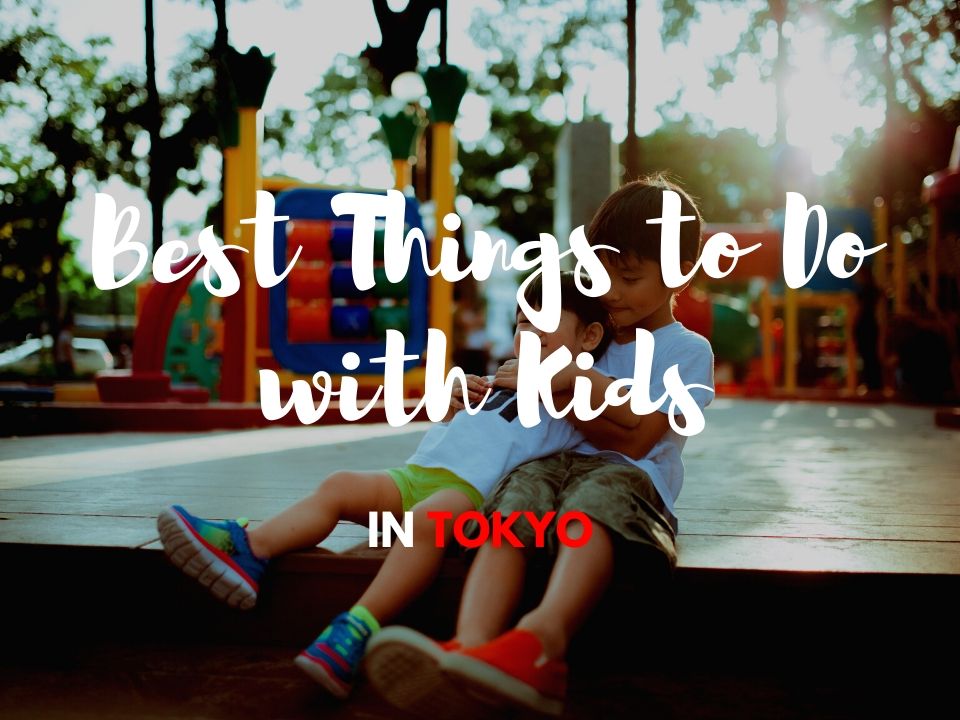 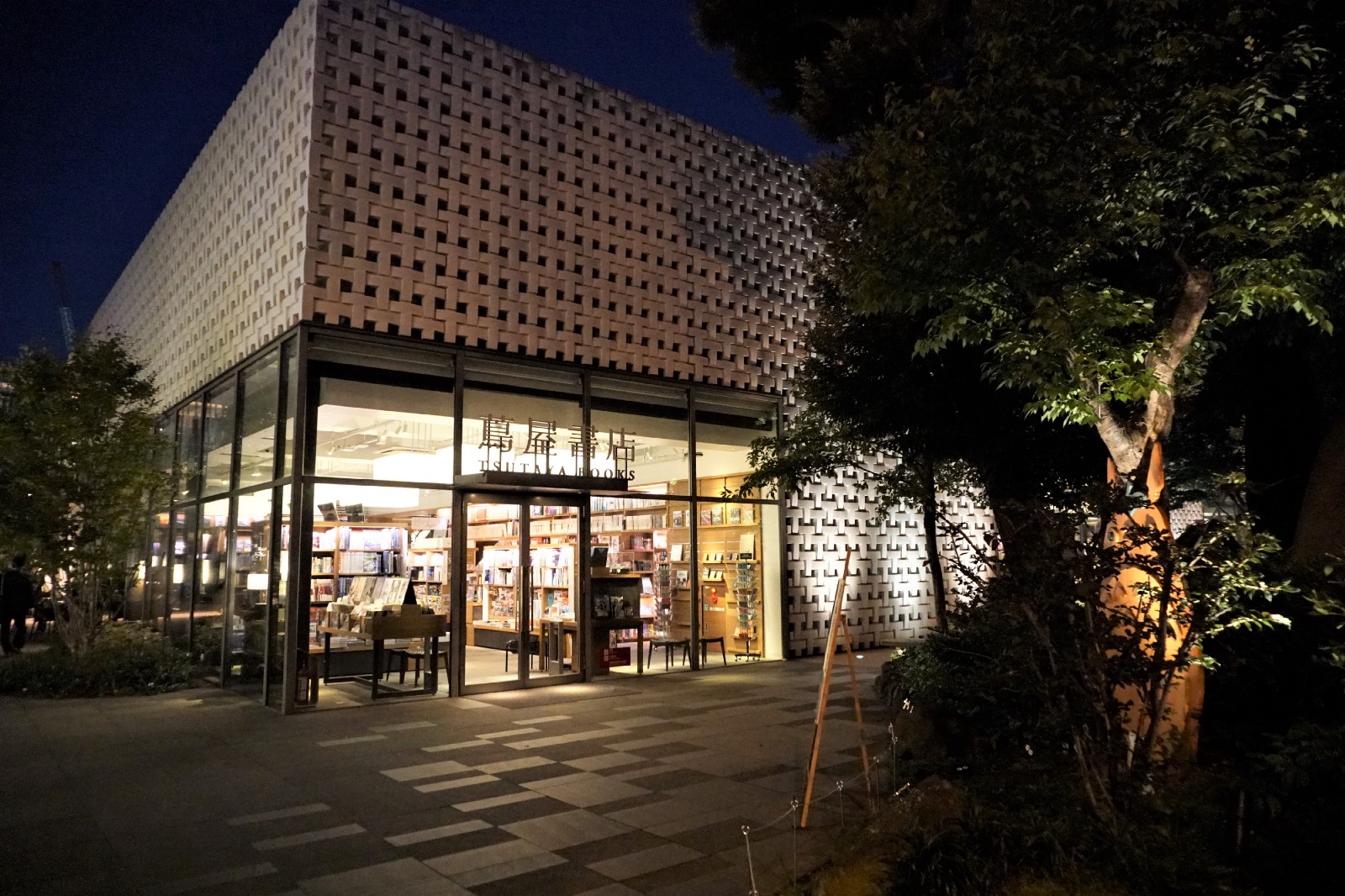 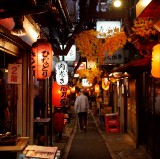 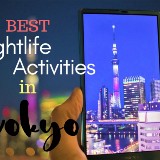