The day that's all about chocolate 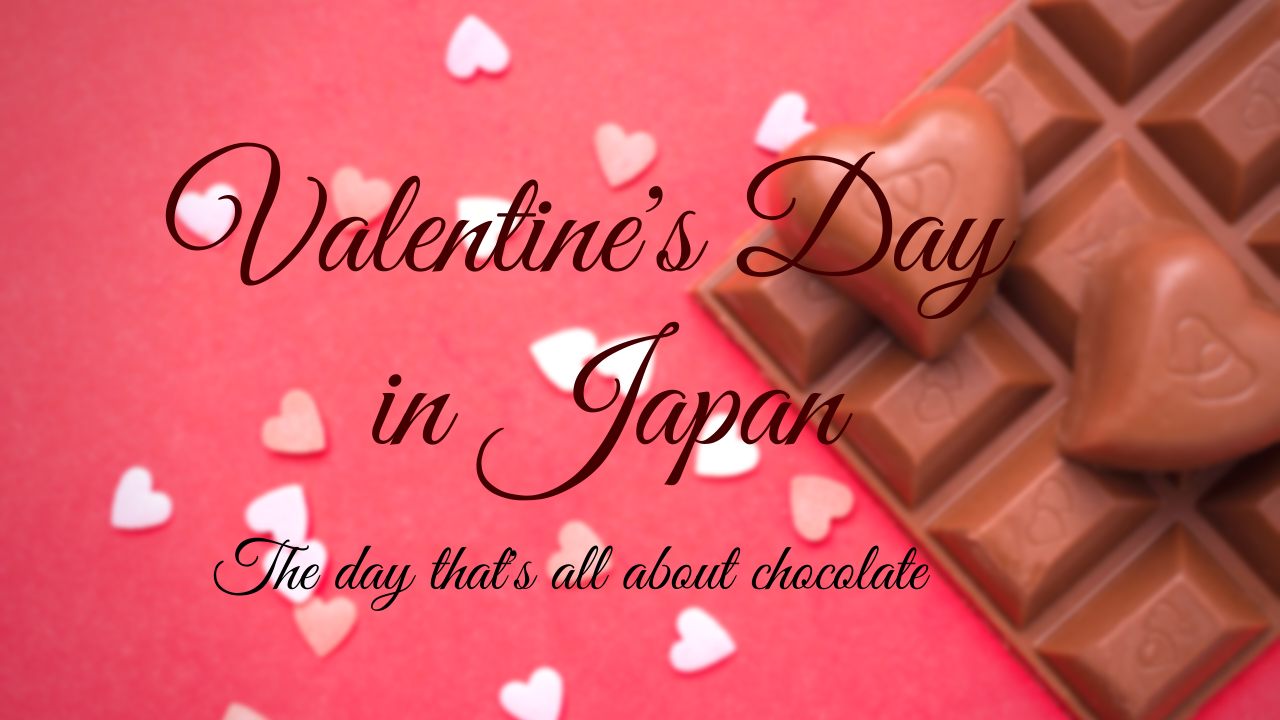 There are many countries around the world that celebrate Valentine’s Day or lovers day every February 14th. Although deeply rooted in its culture and traditions, Japan has also proved to be a country that is enormously open to adopting other festivities and incorporating them with its own, such as Halloween or Christmas. Merchants and companies in Japan don’t miss any marketing opportunity, and have an extremely consumerist audience. 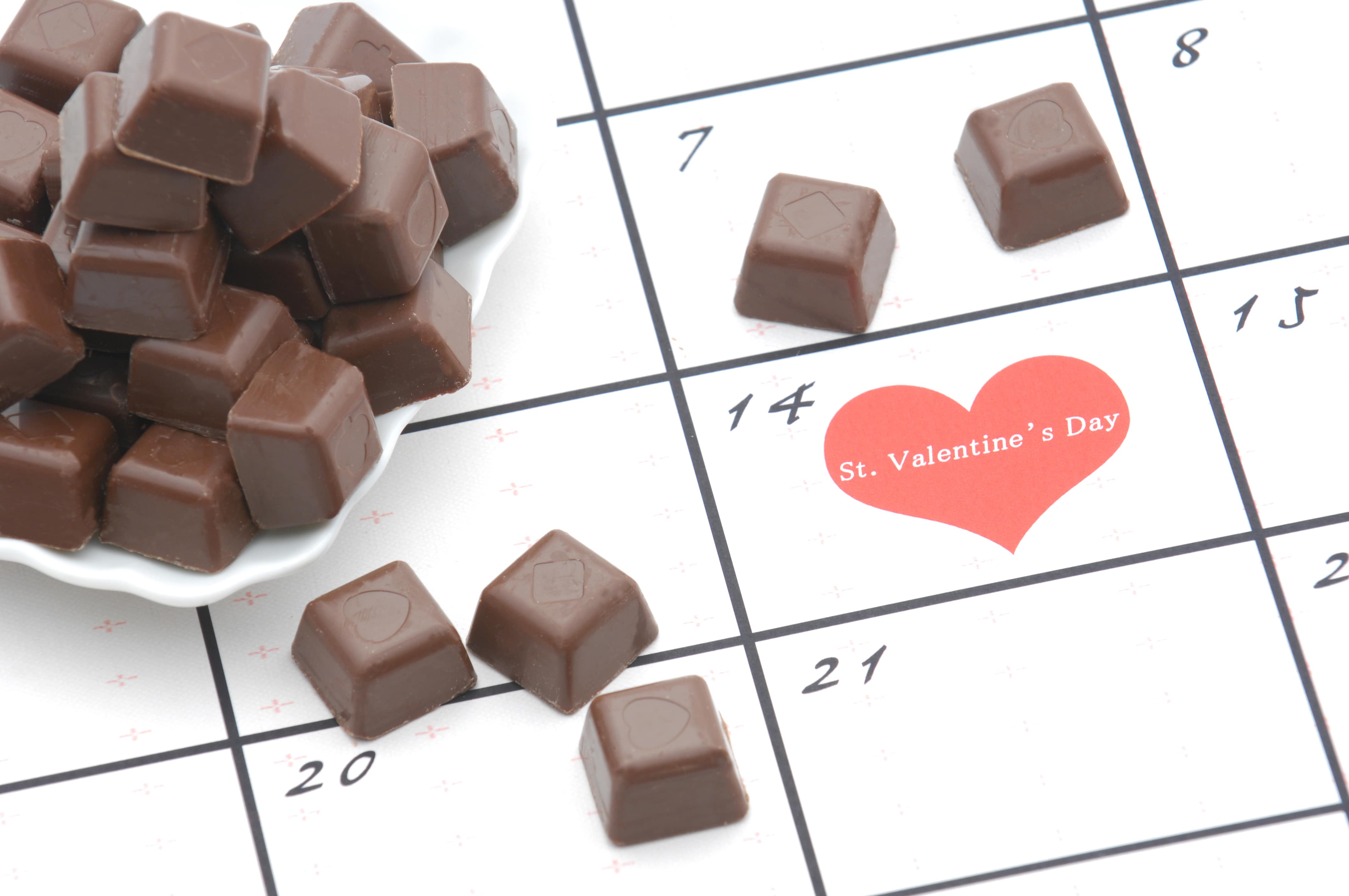 However, as usually happens with almost all the celebrations that have imported, Valentine’s Day in Japan is completely different from other countries. The country of the rising sun is a great expert in taking something external, from another country, and modifying and transforming it to make it your own. So today I would like to explain you how Valentine’s Day is celebrated in Japan.

In general, Valentine is a day when couples exchange gifts and have romantic dinners. Normally it is usually men who give their partners things like bouquets of flowers, jewelry, romantic cards and sometimes a box of chocolates as a small detail that accompanies the main gift. But this doesn’t happen in Japan, since these things are done on December 24, the most romantic day of the year for the Japanese. Valentine’s Day in Japan is almost only and exclusively about chocolate. They could perfectly call it “Chocolate Day”. Japanese chocolate companies make at least half of their annual sales during this time of year. 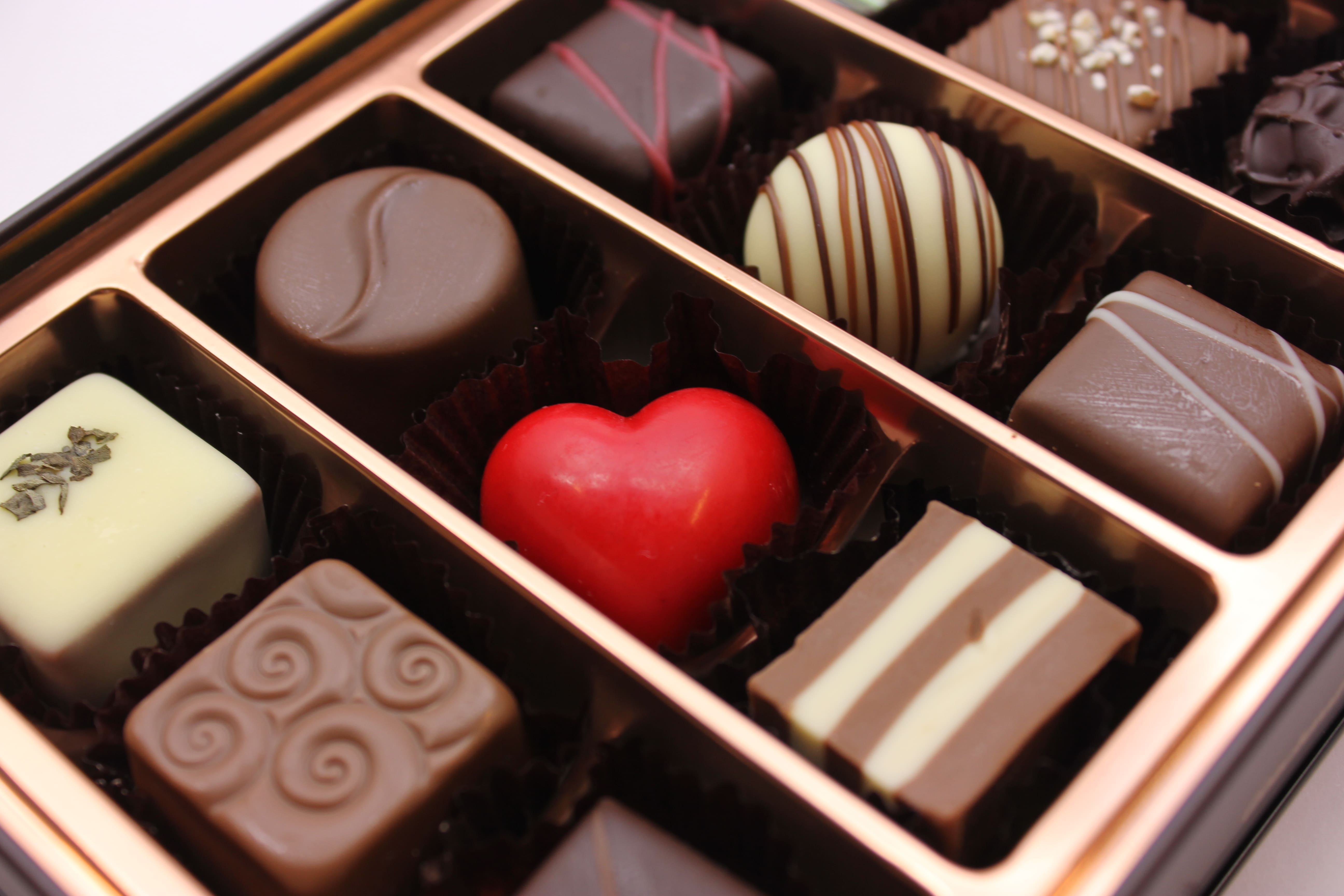 But not anyone can give chocolate this day. In Japan it is only the girls who give chocolate on February 14. The boys have their day a month later, on March 14, when White Day is celebrated. Before I said that in Japan Valentine’s Day has no romantic meaning but that is not completely true. When this festivity began to be celebrated in Japan, the act of giving away chocolate was much more.

The girls used this day to give chocolate to the boy they liked, as a statement. In fact, they used to declare themselves at the time they delivered the chocolate (surely you will have seen it in many anime and movies). This produced changes in Japanese cultural norms. At that time the female “kokuhaku”(kokuhaku is the act of confessing feelings or declaring oneself), was considered somewhat radical and taboo.

By establishing a day when it was acceptable for women to take risks and confess their feelings in Japan, chocolate makers and gift sellers not only found a great marketing opportunity, but also helped change the way men and women interacted in Japan.

That is also why White Day appeared. If the boy corresponds to your feelings, he will give you chocolate on March 14. Although that only happens with high school students or very young people. In fact, among adults, the most normal thing is that if a woman has given you chocolate on Valentine’s Day, you will return the gift on White Day. That is also because in Japan there is a lot of habit of returning gifts. But we will talk about White Day in more detail next month. 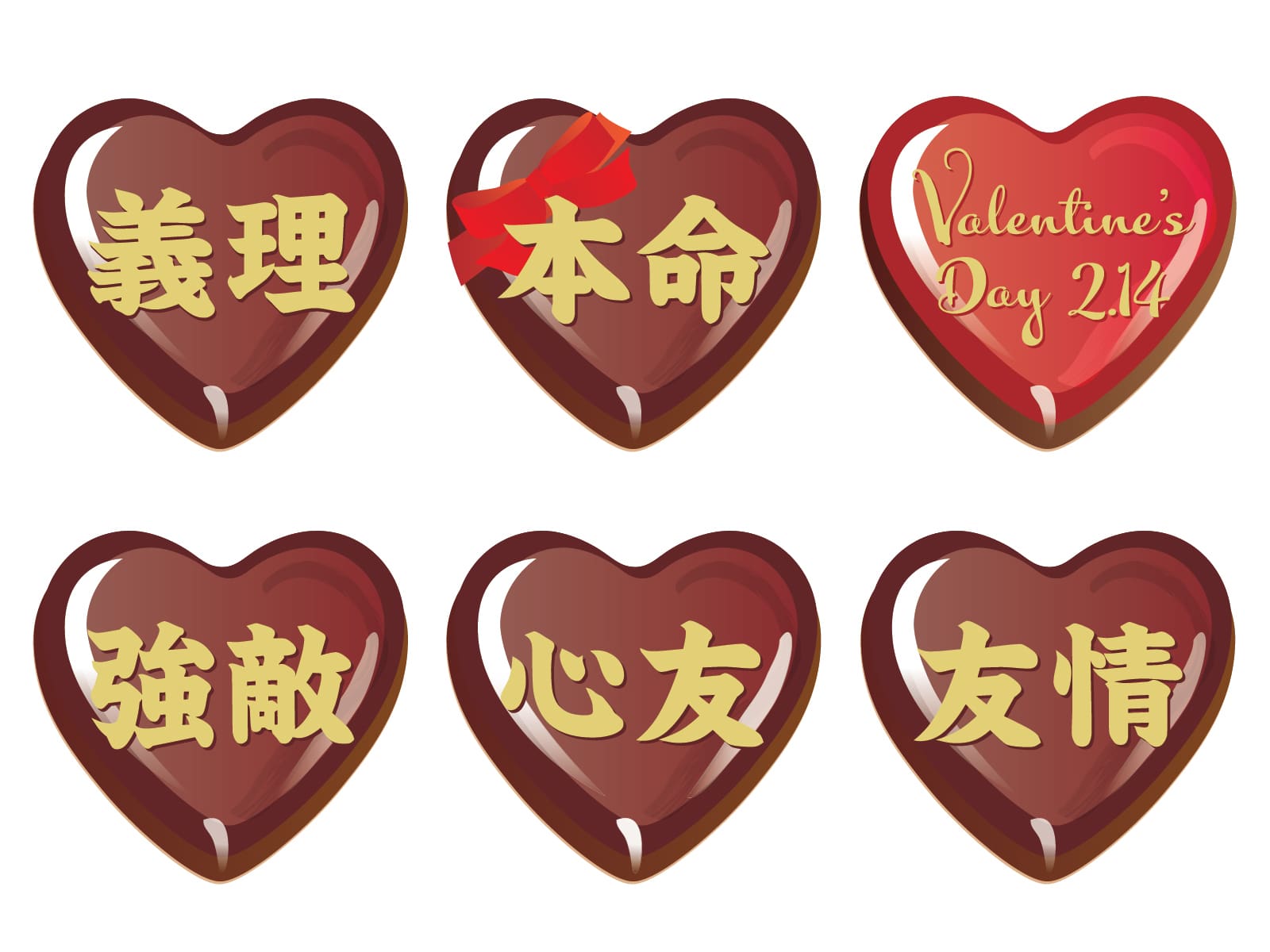 Although the sale of chocolate probably focused more on couples and lovers, Japan is a culture where gifts are of great importance or social weight. For example, every time you go on a trip, you have to take your coworkers an omiyage or souvenir. This souvenir is usually always some food or drink related to the place you have visited. Or every time that someone starts a business, they usually receive flowers from friends and other companies. It’s not surprising that San Valentin also ended up becoming almost a social obligation, with different “types of chocolate”.

The honmei-choco (本命チョコ) is probably the most important of this day and the one that started this holiday. Honmei means something like “favorite” or “first choice” and is the chocolate that is given to the person you like or that you are in love with, like your boyfriend or husband. Or, as I have explained, to the person who is not yet your partner but to whom you want to confess your feelings.

For being so important, and to differentiate it from the other chocolates that are given by obligation, many women prefer that it be something done by themselves. Obviously it’s not that they can make chocolate, but they buy chocolate tablets and melt them and then make their own chocolates or make desserts with chocolate, such as brownies or cakes. By making your gift by hand, you hope to show how valuable this person is in your life.

Contrary to what one might think, this doesn’t take away sales to stores, but the opposite: many stores not only sell chocolates on Valentine’s Day, but also many of the ingredients to make honmei-choco. From chocolate tablets to decoration products and obviously molds. 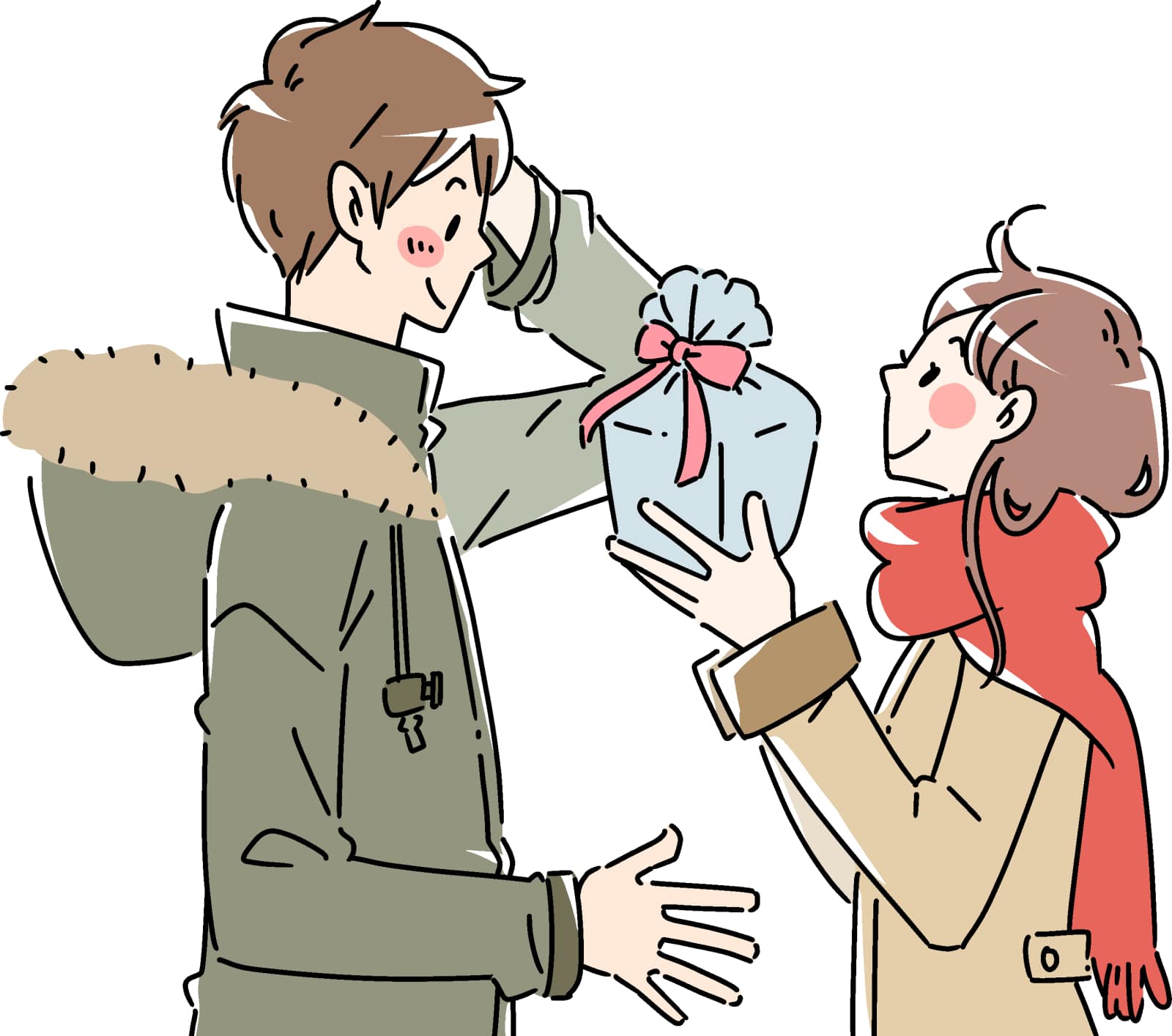 If you are busy and don’t have time to do it by hand, you can always buy your chocolate in a more special and expensive store to distinguish it from other chocolates.

Probably the best known chocolate, being the most problematic, is the giri-choco (義理チョコ) or “obligation chocolate”. It isn’t unknown that in Japan social obligations are of great importance in the daily lives of people. The giri-choco is given above all to co-workers, bosses, relatives or other men with whom the woman in question is not romantically involved but has a certain type of social obligation.

Giri is a somewhat complex concept, since it not only means obligation but also a feeling of gratitude. It’s someone who has done something for you, and for that you feel gratitude towards that person but you also have a moral / social obligation with him. For example with coworkers, for helping you at work or if they are superior to you, for having taught you when you arrived. Although there is also the called cho-giri-choco (ultra obligatory chocolate) that is more forced, usually with bosses or superiors.

The giri-chocho is usually something simple and cheap. The positive part for women is that then on White Day men have to return the gift. And this gift has to cost double or triple what it costs them chocolate. Although that is linked to the fact that they have traditionally charged less.

Tomo-choco (友チョコ) is literally “friends chocolate” and is given to your true friends. Before I said that in Japan for Valentine’s Day it is the girls who give chocolate to the boys. But tomo-choco is also used to give chocolate among female-friends. So women eat chocolate too! It’s usually a pretty ornate chocolate, and in many occasions they get together and enjoy it together. It’s not only to give it away and that’s it, but to eat it together with the other person and spend some nice time together. 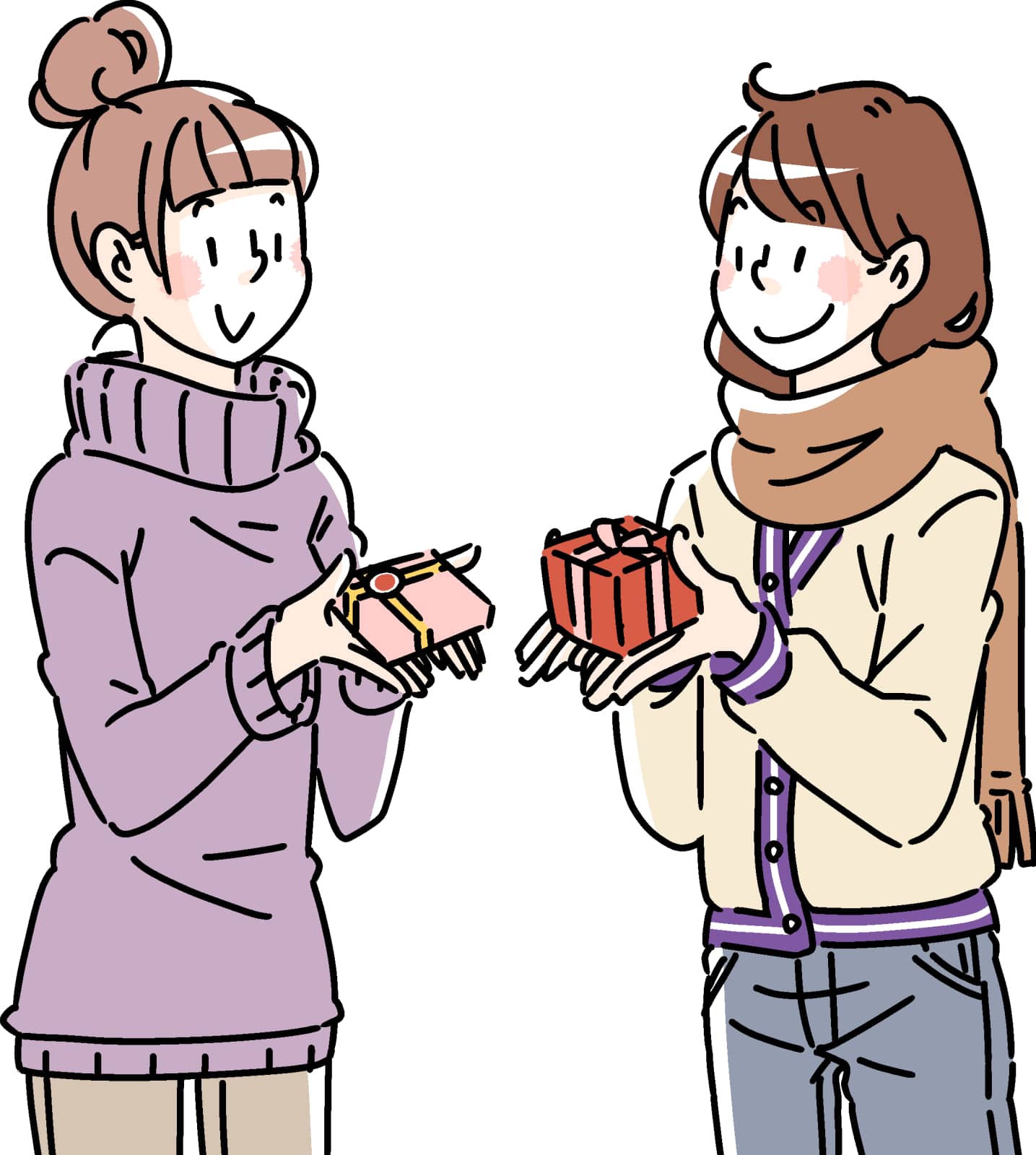 Let’s face it, we all like chocolate. The jibun-choco(自分チョコ) is the chocolate you buy and enjoy for yourself. In Japanese jibun literally means that, “self.” For some women, this is the most important of all, and I fully understand it! 😜

When did Valentine arrive in Japan?

As with many other parties that are celebrated today in Japan, Valentine’s Day is not a holiday of its own like Setsubun or Seijin no Hi but it came from the influence of Western countries. There is some debate or fight between various companies for who was the first to bring Valentine’s Day to Japan.

The truth is that in 1936 Morozoff Limited, a confectionery and confectionery company based in Kobe, launched an advertisement aimed at Western foreigners living in Japan. However, as we explained, it was a campaign aimed only at the foreign public, who already knew and celebrated this holiday. It wasn’t until almost 20 years later, in 1953, that the celebration came to the Japanese.

That year began a campaign to promote heart-shaped chocolates. However, the famous Isetan department store in Japan disagrees and argues that they were the first to start fashion with their “Valentine’s Sale” in 1958.

In recent years there is much talk about giri-choco, and it’s becoming known even abroad, as more and more Japanese women are feeling annoyed with this custom and want it to stop being done. Last year, even the world-famous Belgian chocolate brand Godiva, published a ad in a Japanese newspaper asking Japanese women to stop buying so much chocolate for Valentine’s Day, since it has finally turned into something they see with hate and a certain loathe instead of a beautiful day where they genuinely express their feelings or their gratitude.

Although this gesture of Godiva isn’t very honest, since any woman in Japan buys chocolate from Godiva to deliver it as giri-choco, but as honmei-choco, so Godiva sales are not going to be affected if the giri-choco tradition ends. However, this year, the brand of Black Thunder chocolates, one of the most faithful defenders of giri-choco and the most sold by these dates, has also announced this year that it will stop promoting giri-choco, although for different reasons.

They allege that many men are disappointed to see that they don’t receive honmei-choco and they feel sad, so the president of the company says that they don’t know longer if this custom is something good, as they used to believed, or something bad, so they have preferred to give the festival a new approach.

What do you think of the Japanese way of celebrating Valentine? The first time I heard about it I thought it was a curious and wanted to share it with you! If you’re in Japan for this day, I recommend you fill yourself with chocolate!! 😂

If you liked this article and want to know more about Japanese culture and festivities or Japan in February, don’t miss these articles too!

Best Chocolates for Valentine Day in Japan Give a unique and delicious chocolate to that special person on Valentine’s Day jw-webmagazine.com 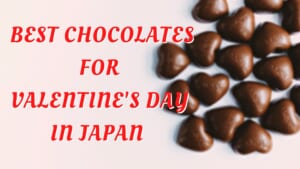 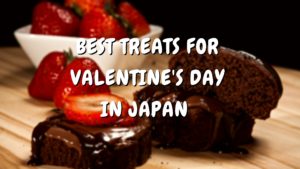 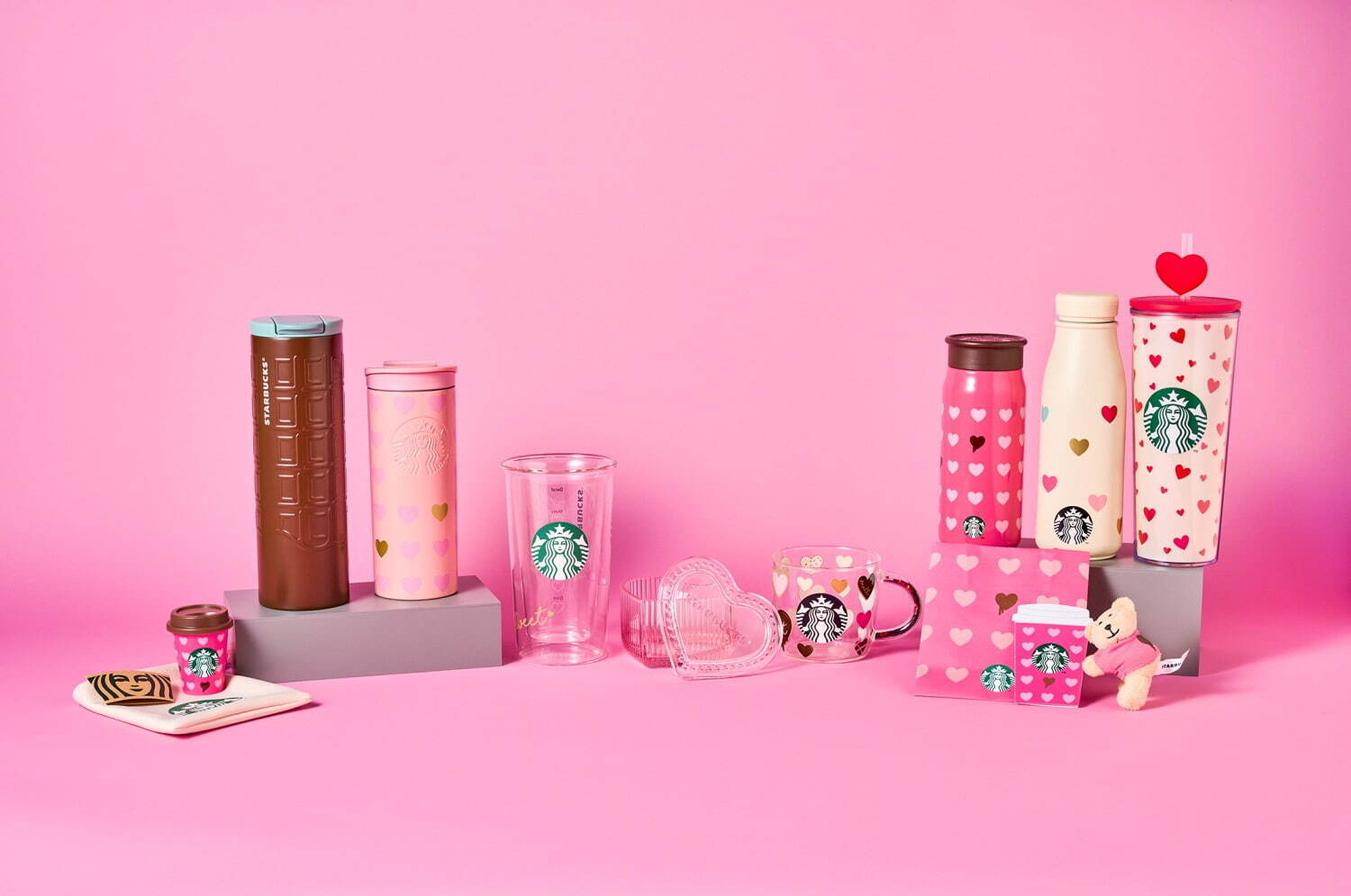 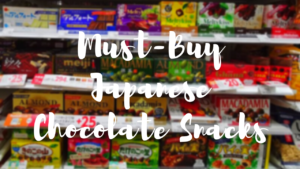