10 Best Sours to Drink in Japan

Find about some of the best Japanese Sour cocktails 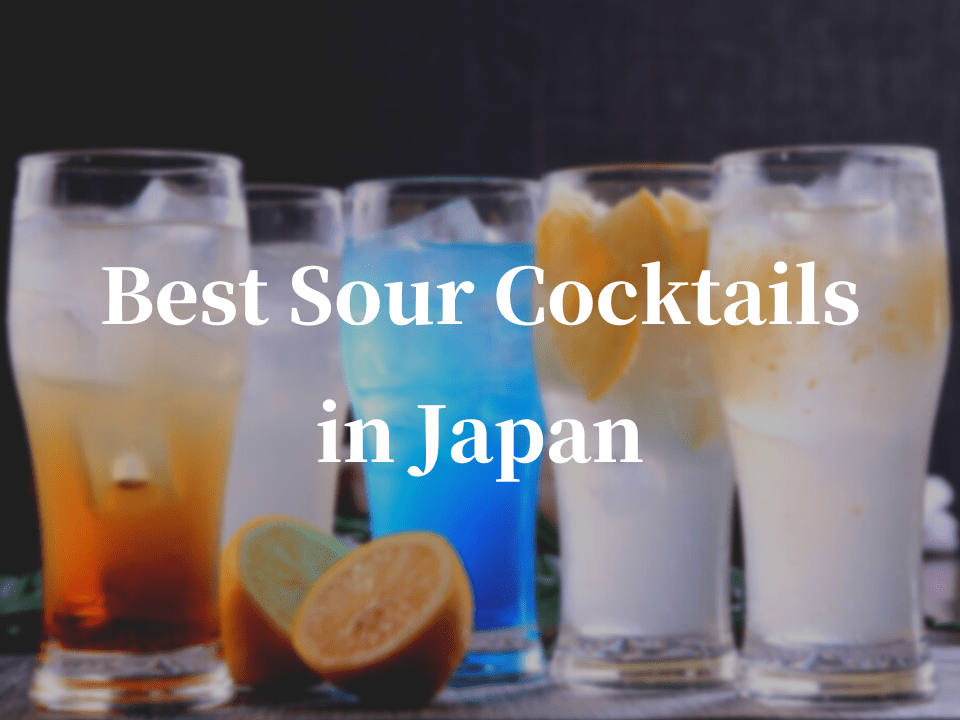 When you come to visit Japan for the first time and go to a restaurant or izakaya, you will notice a variety of “Sours” in the alcoholic beverage section of the menu. There’s one thing you need to know before ordering these “Sours”, and that is the fact that these sour cocktails in Japanese restaurants are a little different from those you can order in other countries.

*Note: First, let me make one thing clear so you don’t get confused. In this article, you will see me use the word “sour cocktail” and “sour”. I mean the same thing, just that in Japan people refer to sour cocktails as simply “sour” (サワー). 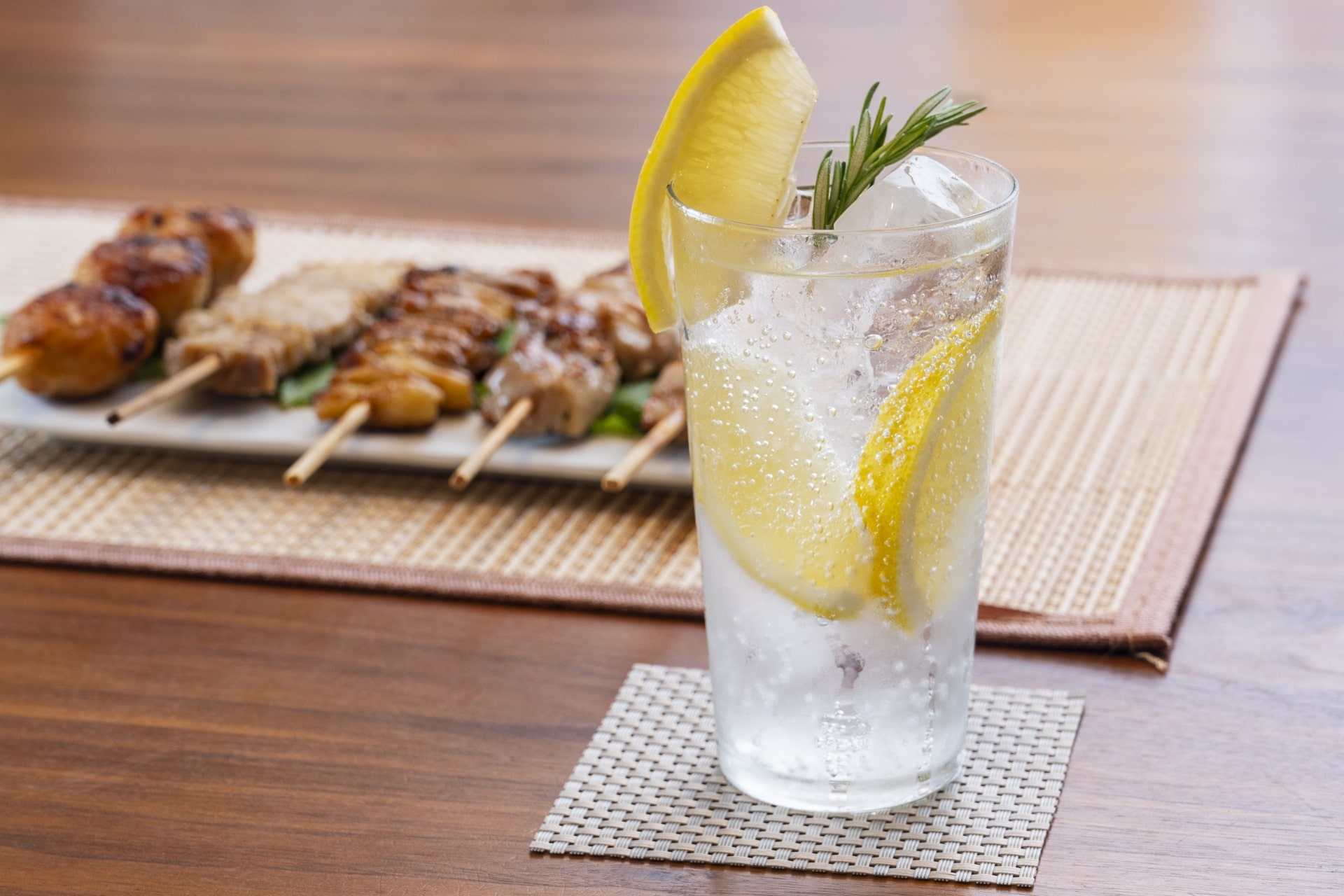 In other countries, usually, when people talk about sour cocktails, they are referring to a mixed drink containing a base liquor, lemon or lime juice, and a sweetener. However, if you’re in Japan and go to a restaurant, bar, or izakaya, in most cases “sour” (サワー) will refer to a mix of shochu (Japanese distilled liquor), club soda, and either a fruit or a sweetener.

Initially, the idea of sour cocktails was the same as in other countries, and still now, in principle, it still means the same thing. However, in Japan, there is a type of sour cocktail called Chu-hai (酎ハイ). This cocktail consists of Shochu and club soda. It is like a highball but using shochu instead of whisky. Hence the name Chu-hai (“chu” from shochu and “hai” from highball).

This chu-hai has become so popular, to the point that “chu-hai” and “sour” are used interchangeably.

How to Make Japanese Sours? 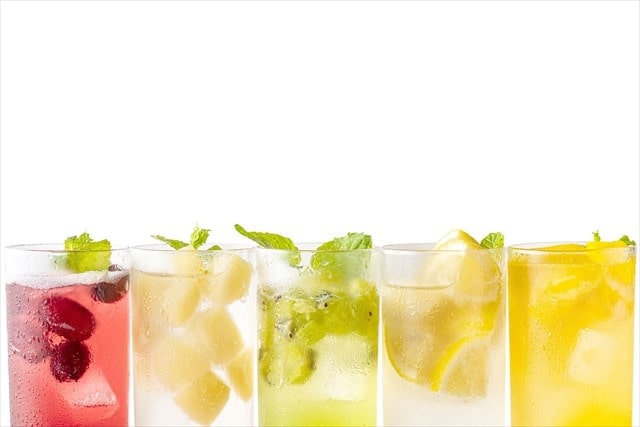 Japanese-style sours are really easy to make at home. As I previously mentioned, it consists of shochu, club soda, and a sweetener. The shochu and soda ratio is usually 30-40% shochu and 60-70% club soda. Then you add the sweetener as much as you like (this will depend on the type of sweetener).

From here, I will introduce 10 of the most popular sours in Japan. 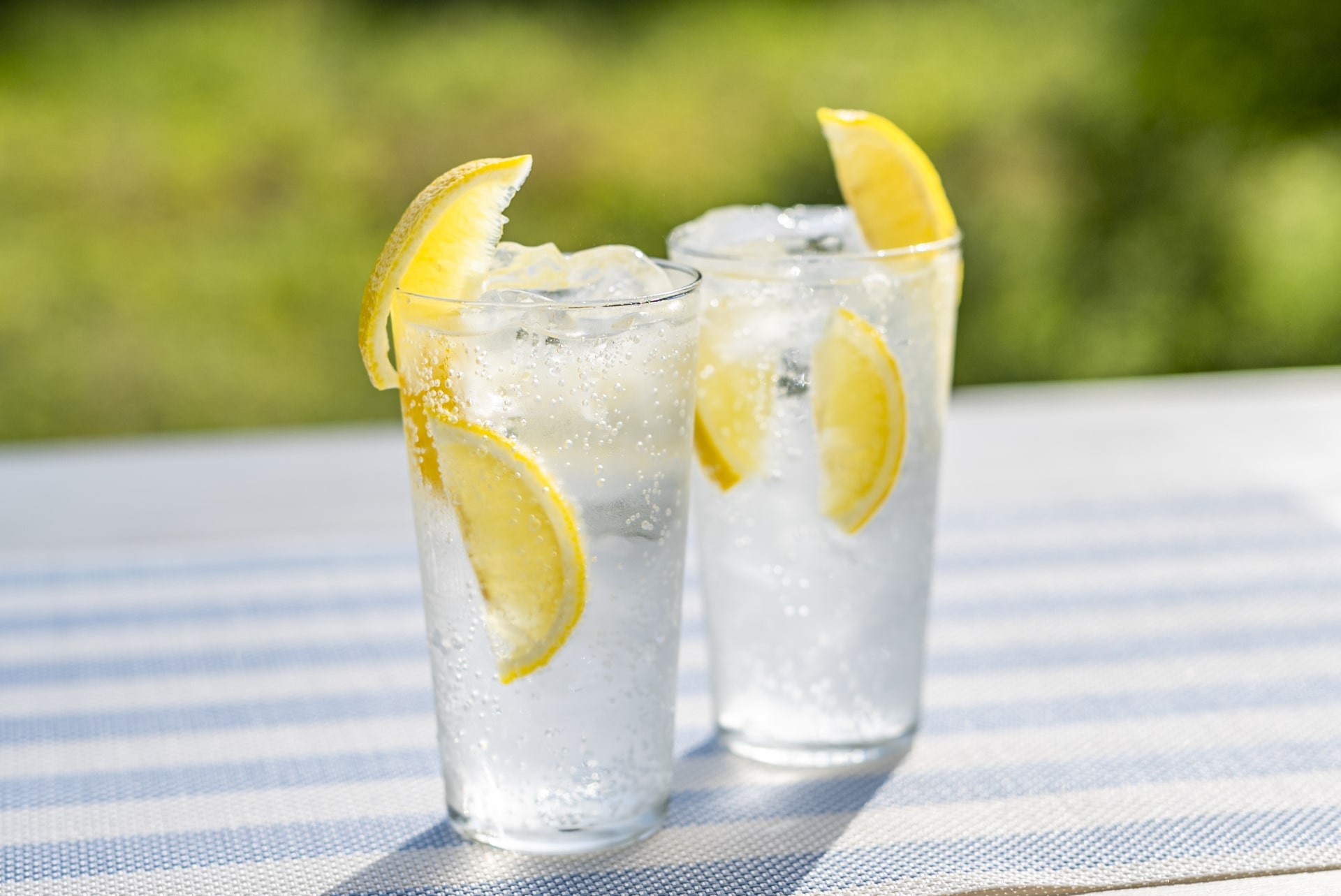 Undoubtedly, the most popular Japanese sour is Lemon sour (レモンサワー). This is also known as Lemon-hai (レモンハイ), and it consists of adding lemon juice (and the lemon itself) to the shochu and club soda mix.

You will see this drink in almost any restaurant, bar, or izakaya in Japan. 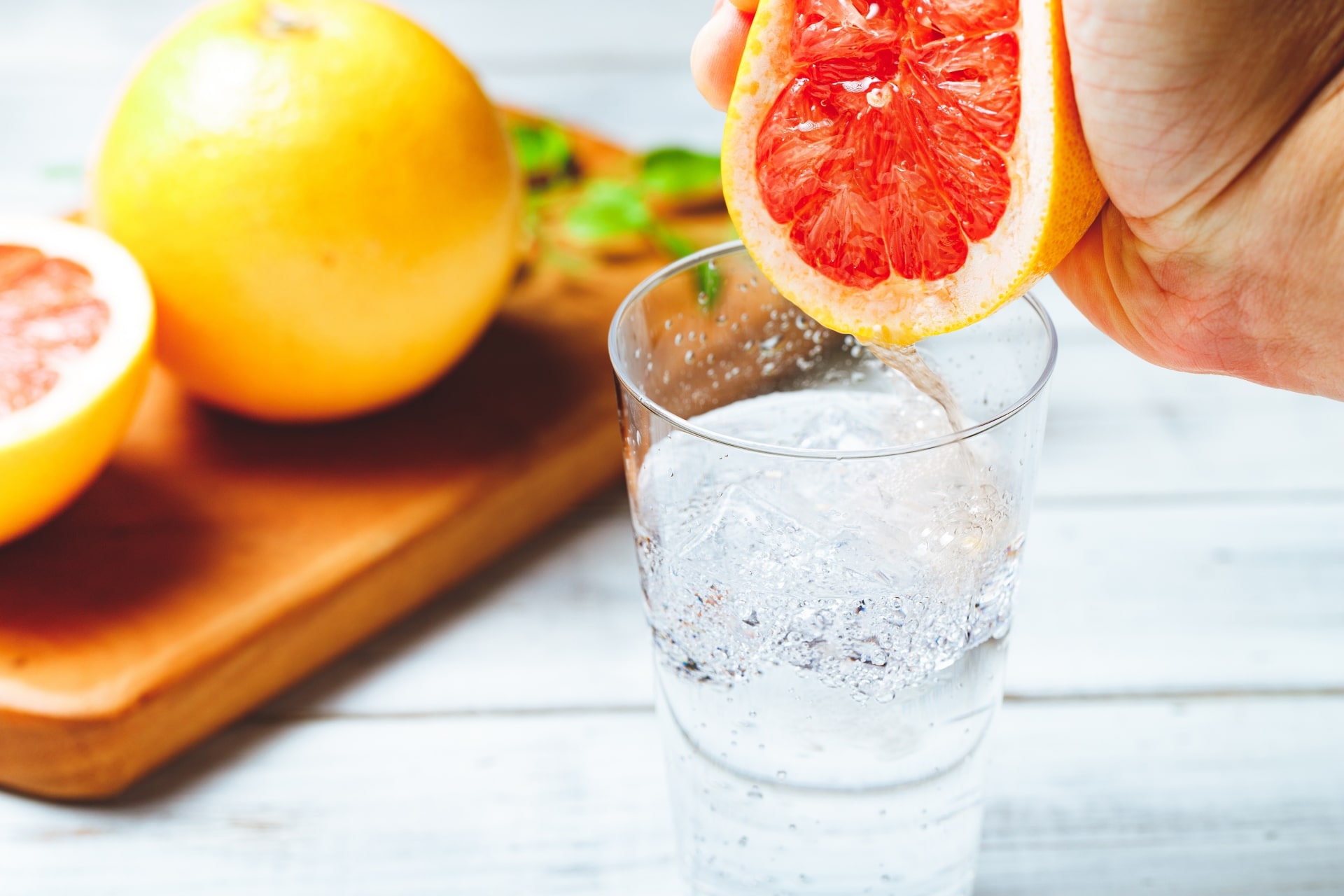 This drink is good for those who prefer a little less sourness and a little more sweetness. 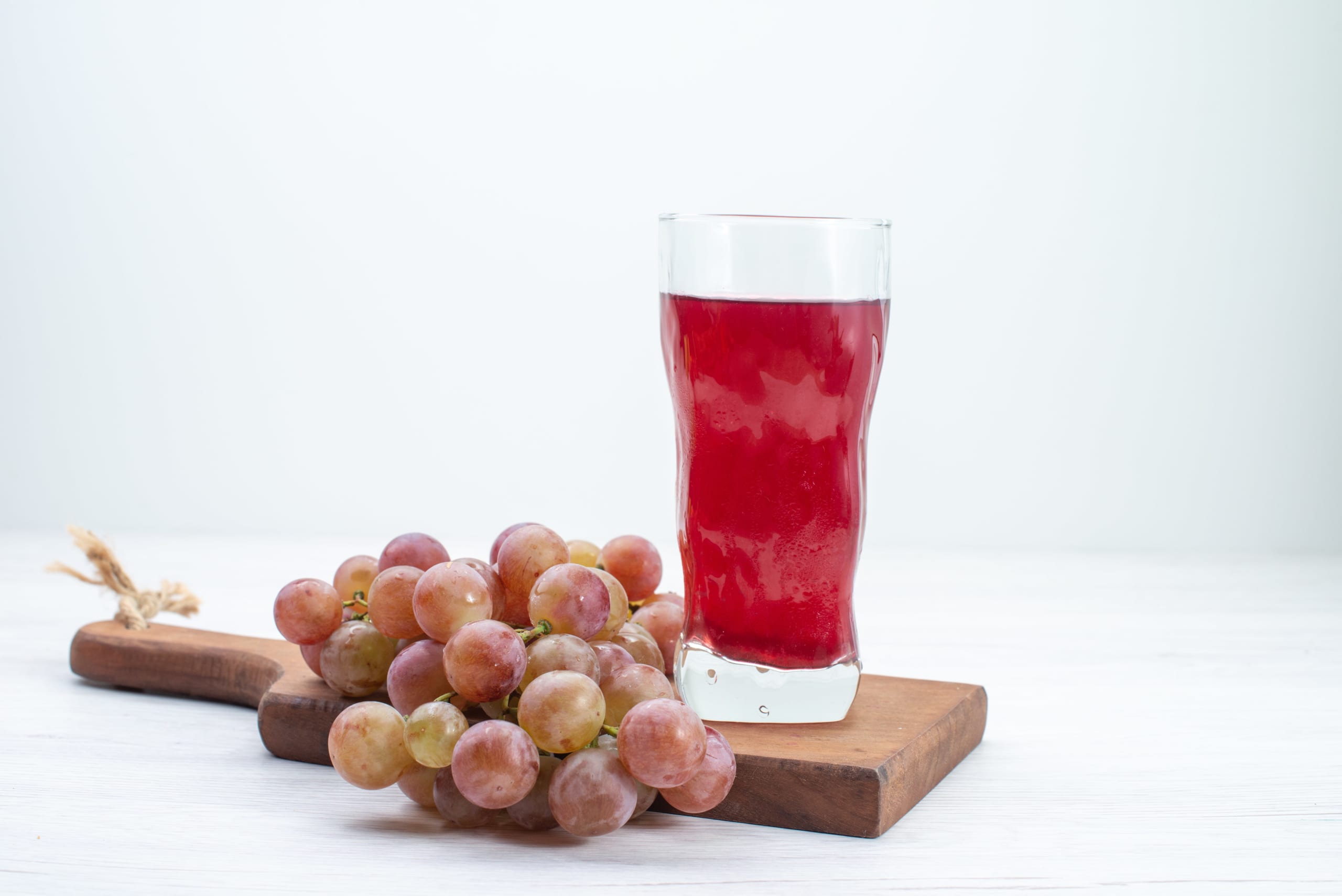 The next sour on this list is grape sour (グレープサワー) or grape-hai (グレープハイ). In this case, grape-flavored sweetener or grape syrup is added to the shochu/club soda mix. This is because adding grapes to the mix won’t add a lot of flavor to the drink itself. 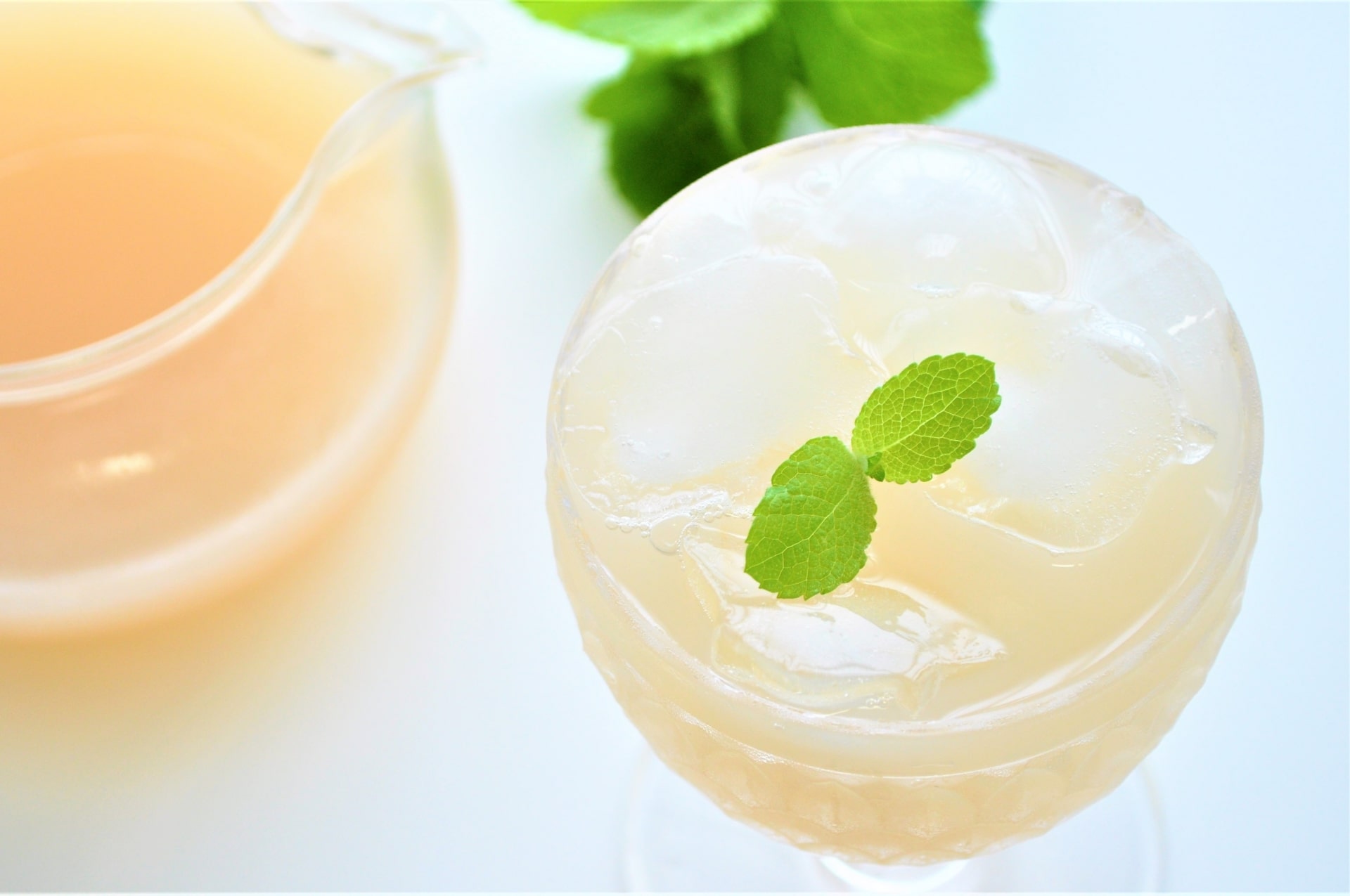 Peach sour (ピーチサワー) or peach-hai (ピーチハイ) is another very popular type of sour cocktail in Japan. Just like in the case of grape sour, peach sour also uses either a peach-flavored sweetener or a peach syrup to add the peachy flavor to the shochu/club soda mix. 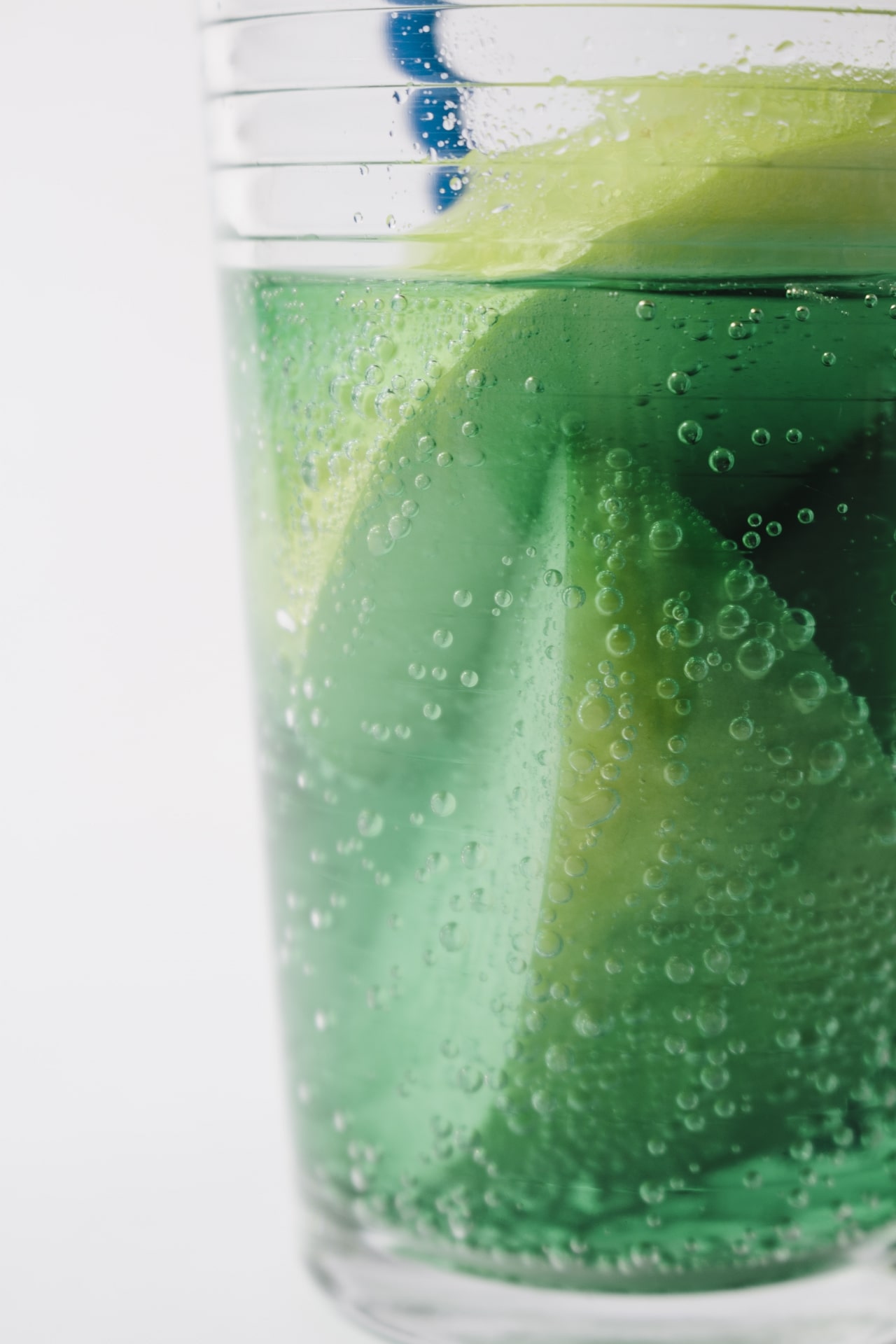 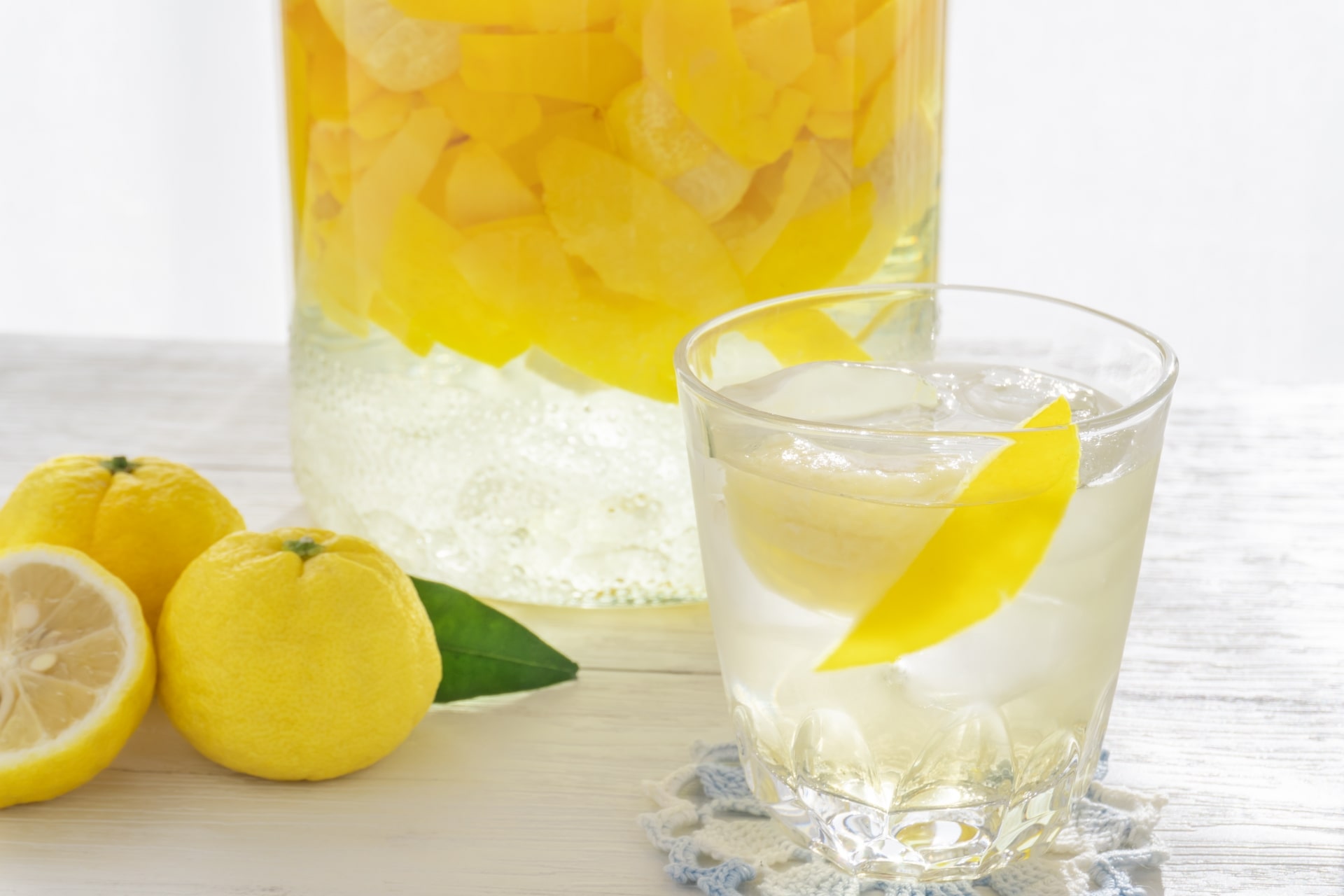 In the case of Yuzu sour (柚子サワー), there are different ways of preparing this drink, so you might get different versions depending on the restaurant you order it. Some prepare it by just adding yuzu juice to the shochu/club soda mix. Other places will use yuzu-flavored sweetener. There are some places that also add honey to this mix. In that case, usually it will say “yuzu hachimitsu sour” (柚子はちみつサワー). 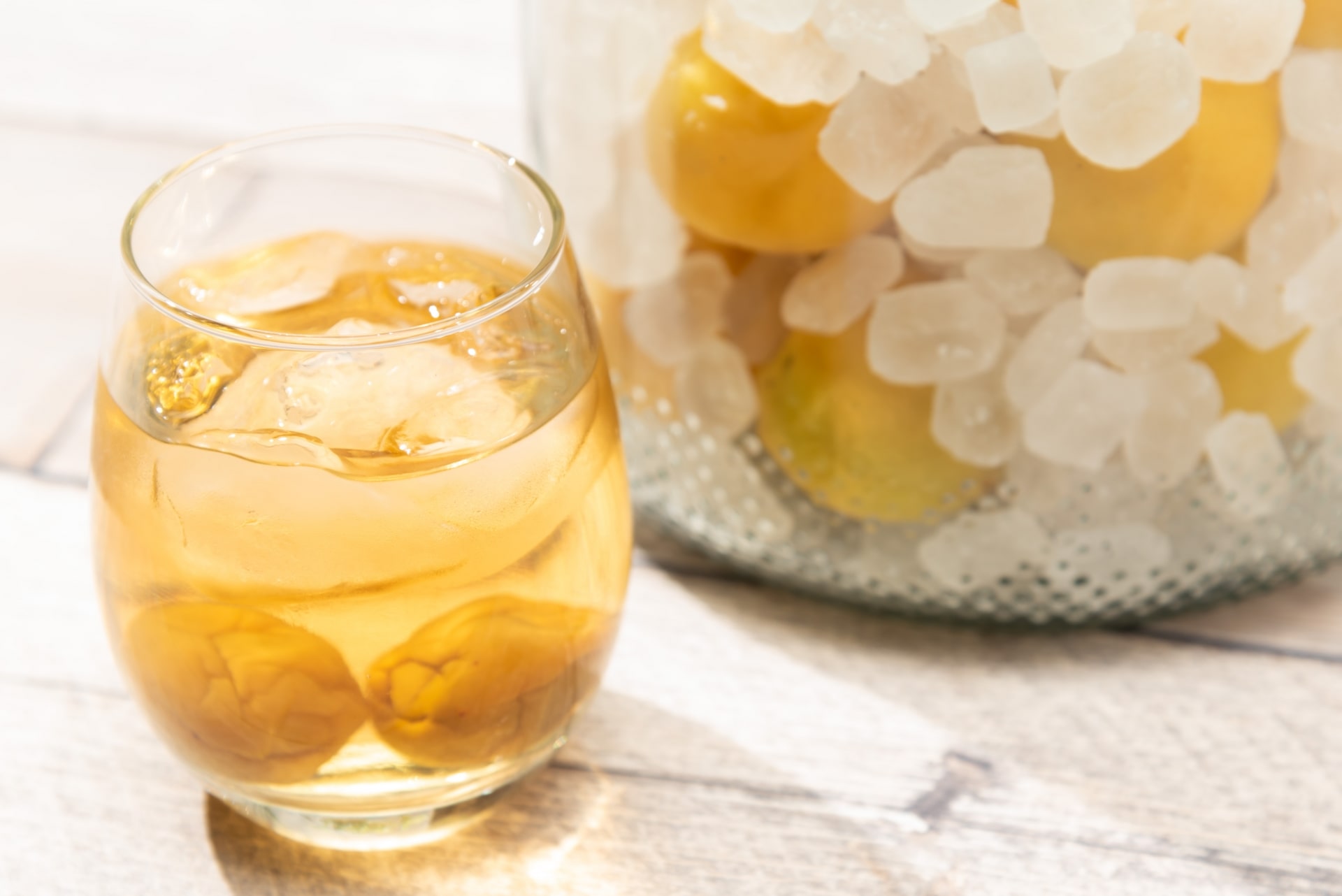 Japanese plum sour, or Ume sour (梅サワー) as is known in Japan, is another type of sour that can be prepared in various ways. One way of preparing it is by adding ume-flavored sweetener or ume syrup to the shochu/club soda mix. Another way of preparing it is by just adding club soda to umeshu (Japanese plum liquor). In that case, it can be called “umeshu sour”. There is also “umeboshi sour” which consists of adding an umeboshi (梅干し) to the shochu/club soda mix. 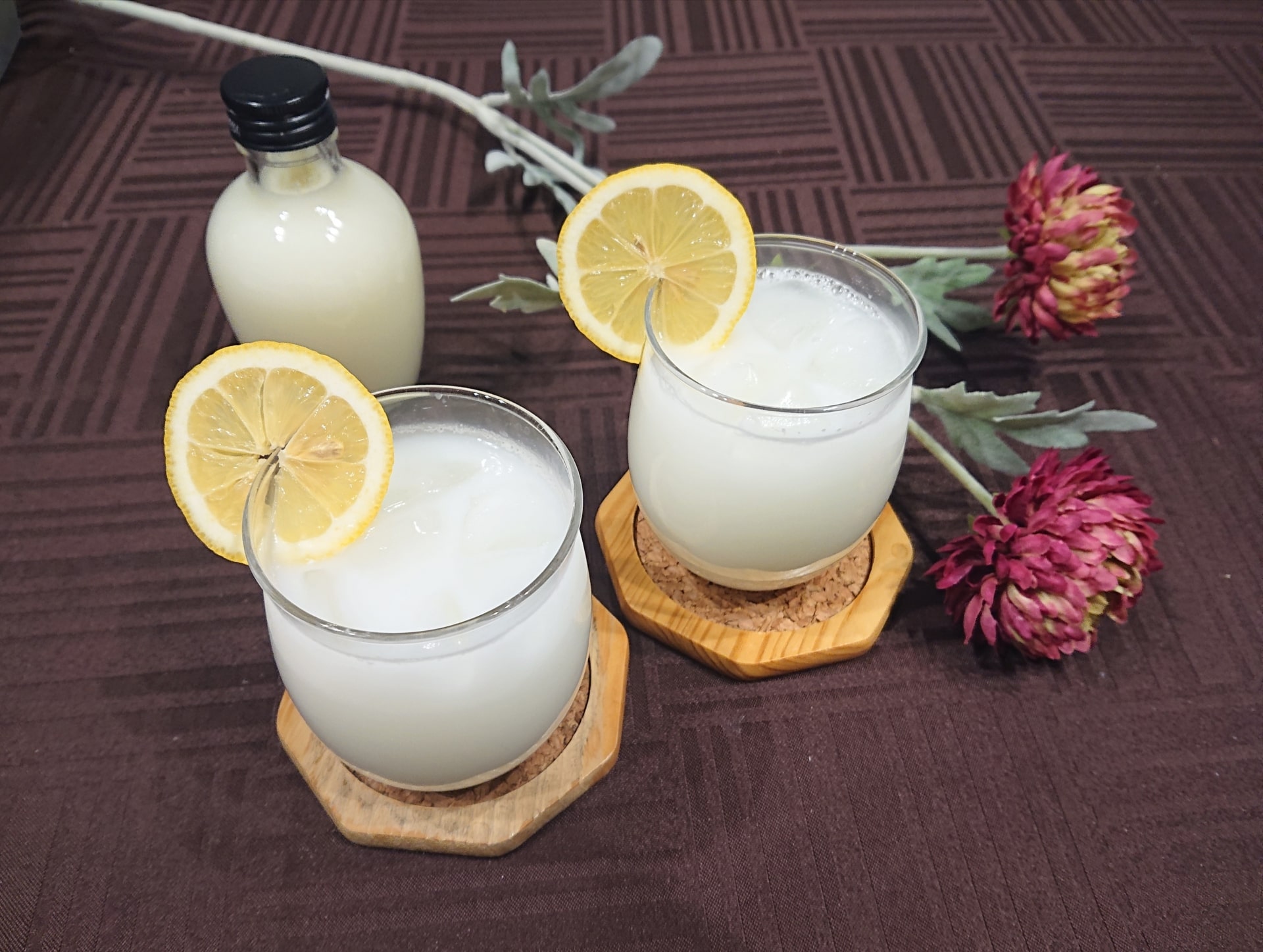 Calpis sour (カルピスサワー) or calpis-hai (カルピスハイ) is another popular sour in Japan. For those who don’t know, calpis (known as “calpico” in some regions) is a Japanese soft drink that has a sweet and sour taste, similar to that of yogurt. This drink is sold both ready to drink or as an undiluted solution. This undiluted solution is what is added to the shochu and club soda mixture. 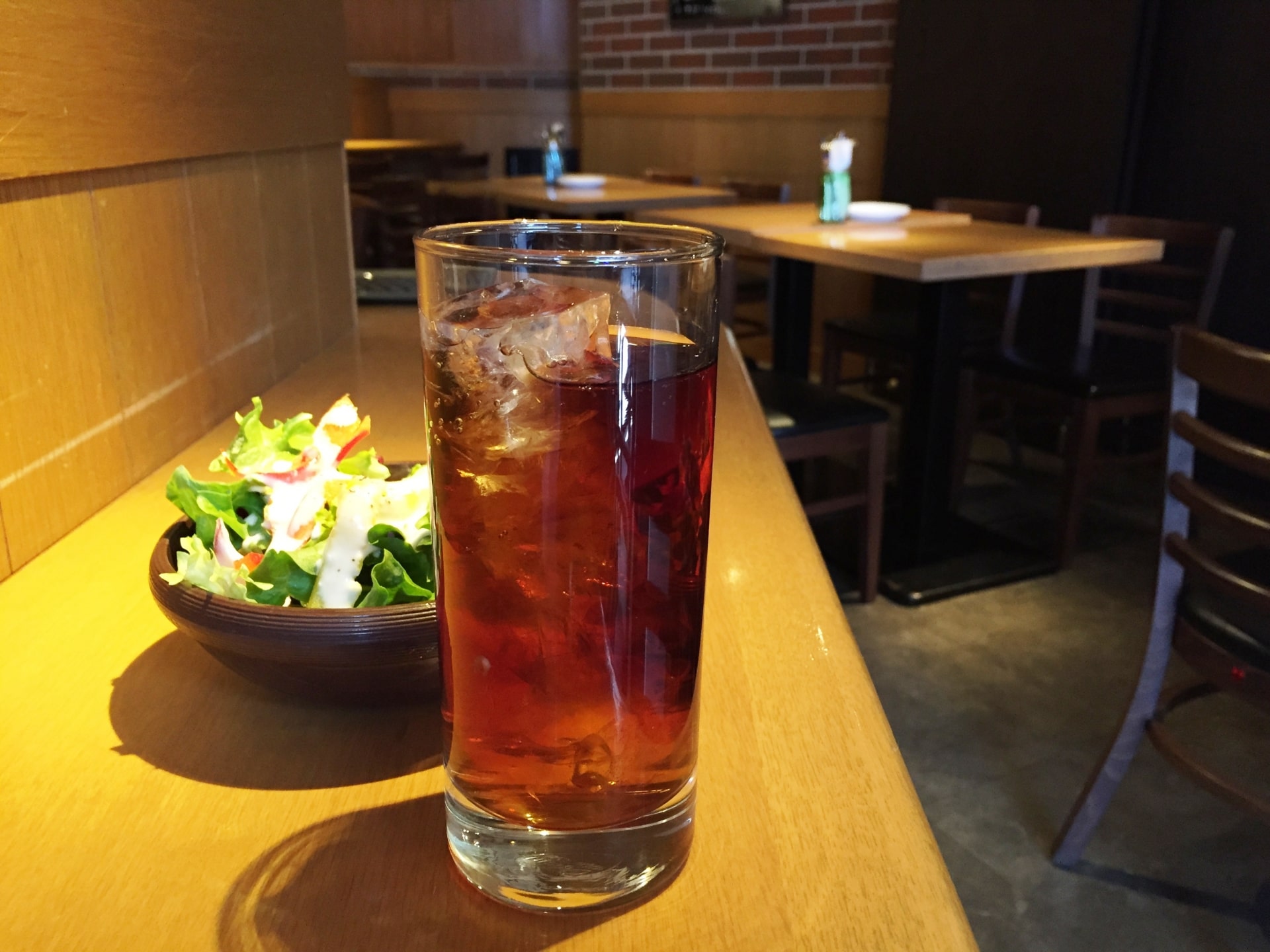 In the case of Oolong sour (ウーロン茶サワー), it is actually better known as Oolong-hai (ウーロンハイ). This is actually different to the other sours on this list because in the case of this sour, club soda is not added to the mix. In other words, this drink consists of only shochu and oolong tea. This is an option for people who don’t like the bubbliness of club soda. 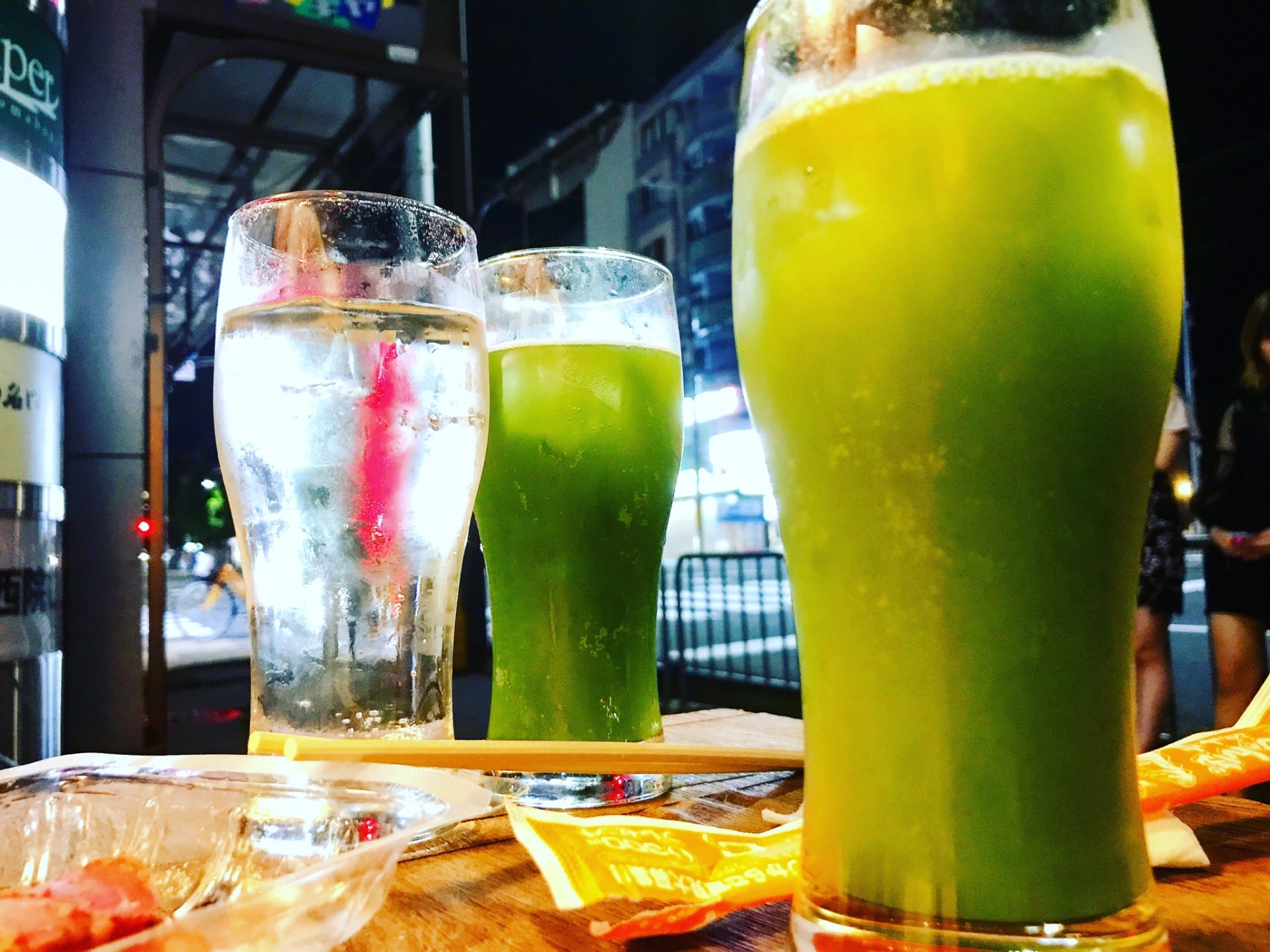 And lastly on this list, we have green tea sour (緑茶サワー). This is better known as Ryokucha-hai (緑茶ハイ) in Japan, and is pretty much the same as Oolong-hai, but instead of mixing oolong tea, green tea is mixed with shochu. Just like Oolong-hai, this drink doesn’t add club soda to the mix.

One variation that can be done with this drink (and the previous oolong-hai) is that this drink also tastes good when had warm.

I hope you enjoyed this article. The idea of a sour cocktail is a little different in Japan compared to that of other countries, but because of that, it is a drink you should consider trying when visiting Japan (that is if you’re over the allowed drinking age, of course).

If you liked this article and want to know more about Japanese drinks, be sure to check out the following articles as well! 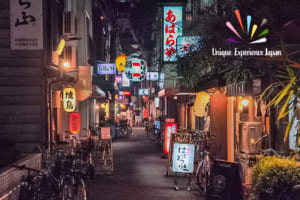 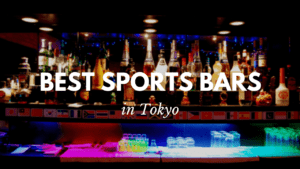