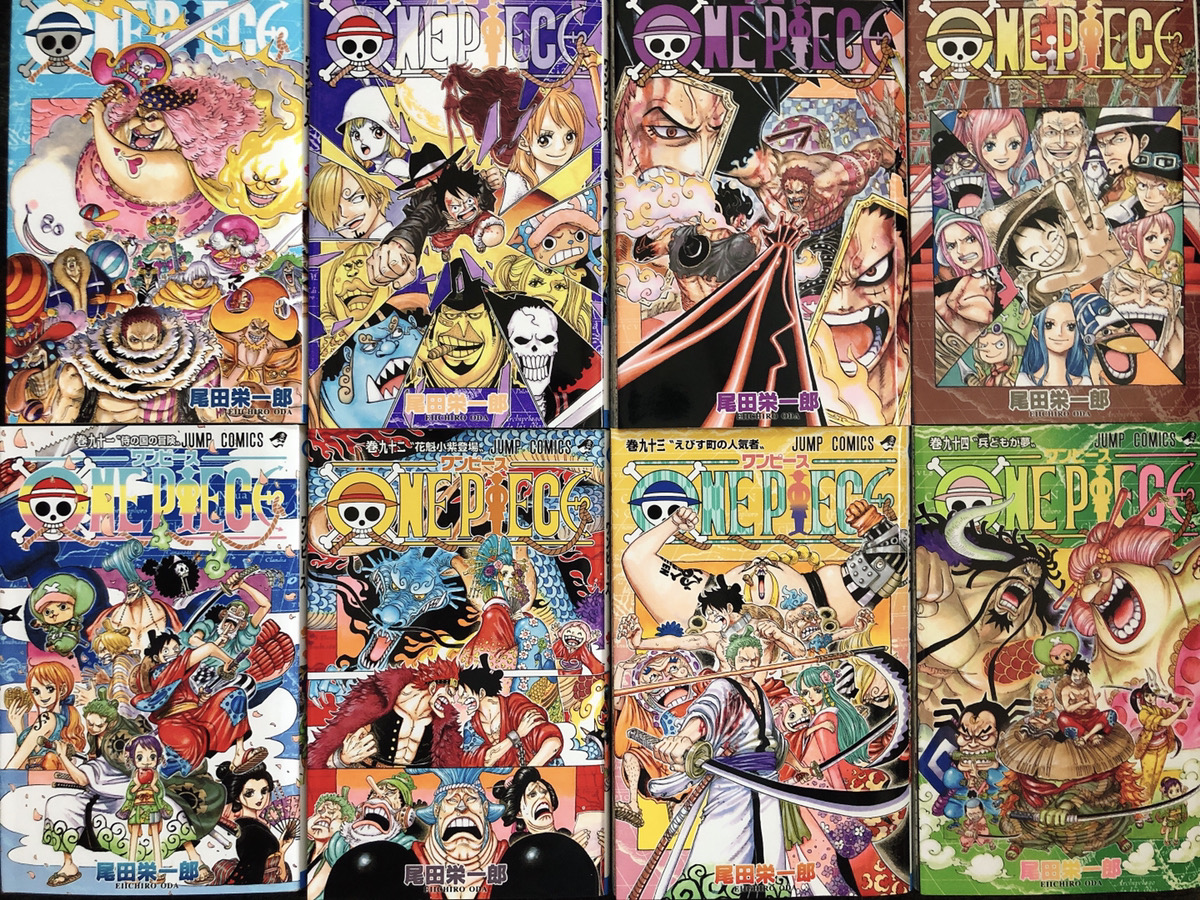 For anime fans all over the world, living in the present time is honor, when some of the legendary manga and anime series are available in real time. Above all, One Piece is one of the most famous and popular anime series titles among both Japanese and international people.

One Piece, the manga title written and illustrated by Eiichiro Oda, has been serialized on Weekly Shonen Jump since 1997, and there are 97 volumes published till October 2020. The first episode of its anime adaptation was released in 1999, and it is famous for the longest anime series that has been aired for over a decade. Over 10 spin-off anime movies have been released since 2000 as well.

The grand story can be roughly divided into 10 parts so far. Throughout the whole story, the adventure of the Straw Hat Pirates crews is depicted. The protagonist Monkey D. Luffy goes on an adventurous voyage to realize his dream: finding the undiscovered treasure called One Piece and becoming the King of the Pirates. The adventure story centers on not only Luffy but also other unique characters he meets during the voyage including Zoro, Sanji, Usopp, Nami and so on.

What makes One Piece that popular around the glove is classic Japanese manga themes such as an adventure to the new world, a strong bond with friends, powerful battles, comedy, etc. In addition, it includes a variety of world’s histories and modern social issues. Any type of people can enjoy the attractive story with the various themes, which is why One Piece is looked on as one of the best manga and anime in the world.

▶︎Check the coolest manga box of One Piece!

Naruto (ナルト), one of the most recommended manga and anime like One Piece, is the adventure series which was published with 72 volumes since 1999 till 2014. The first part of the anime adaptation was aired from 2002 to 2007 with 220 episodes and 3 anime movies. The second part, titled “Naruto: Shippuden”, was broadcasted between 2007 and 2017 with 500 episodes and 7 anime movies.

The setting is the fictional modern Shinobi (meaning Ninja) world, and the story centers on a young boy Ninja Naruto who is behind his Ninja school but decides to become the leader of the country Hokage. The manga and anime depicts the growth of the various Ninja characters, tight-knit relationships, treachery and other themes.

The world of Naruto is different from that of One Piece, but the well-designed story and attractive characters are never beaten by those of One Piece.

Hunter x Hunter (ハンター×ハンター) is one of the most popular anime and manga in Japan, published by Weekly Shonen Jump as well as One Piece from 1998. There are 2 versions of anime adaptations: the one was aired between 1999 and 2001 with 62 episodes and the 3 OVA (Original Video Animation) series were released from 2012 to 2014 with 30 episodes.

The story follows a young boy Gon Freecss, who travels around the world in search of his father Ging Freecss. Gon decides to become a licensed Hunter as his farther and grows up by training and fighting with a variety of opposite characters.

As Luffy meets his good friends to sail together in One Piece, Gon also finds some reliable friends like Killua, Kurapika and Leorio in Hunter x Hunter.

The Seven Deadly Sins (七つの大罪) is recommended to watch if you like One Piece. The original manga series was published on Weekly Shonen Magazine from 2012 to 2020 and adapted into the anime series with 3 seasons plus an upcoming 4th season.

The main character Meliodas, who is the leader of a group of knights named Seven Deadly Sins starts his adventure to save the Liones Kingdom getting asked by the Liones’ third princess Elizabeth.

The powerful main character Meliodas and the unique members of his group Seven Deadly Sins are overlap considerably with the One Piece’s Luffy and the Straw Hat Pirates crews.

▶︎Check the anime series of The Seven Deadly Sins!

▶︎Check the manga series of The Seven Deadly Sins!

4. Magi: The Labyrinth of Magic

Magi: The Labyrinth of Magic (マギ) is a fantasy adventure manga series with 37 volumes, which was serialized on Weekly Shonen Sunday in 2009-2017. An anime adaptation was made with 2 seasons including 50 episodes aired from 2012 to 2014.

Magi: The Labyrinth of Magic is mainly based on the Arabic folk tales One Thousand and One Nights. It is set in the fictional old world where people can get treasures and a special ability by exploring Dungeons. The main character Aladdin travels the world with a magical creature named Ugo. The Story proceeds when he meets a young boy named Alibaba.

If you like adventure anime like One Piece, Magi: The Labyrinth of Magic is also recommended to read and watch to enjoy the story with attractive characters and intense battles.

▶︎Check the anime series of Magi: The Labyrinth of Magic!

▶︎Check the manga series of Magi: The Labyrinth of Magic!

Rave Master (Rave) is a fantasy adventure manga serialized on Weekly Shonen Magazine from 1999 to 2005. The manga with 35 volumes was written by Hiro Mashima, who is the manga artist of the popular modern manga Fairy Tale. An anime adaptation was produced in 2001-2002.

The story is set in the fictional world after the prominent conflict between the Symphonia Kingdom with the Rave stones and the Raregroove Kingdom with the Dark Bring stones. It follows a 16-year-old boy Haru Glory who get qualified as the second Rave Master. He decided to travel around the world to save it.

As Luffy sails all over the world with his met crews, Haru also meets reliable friends such as Elie and Musica. Rave Master is the less known manga and anime to foreign people, but it is recommended if you like One Piece.

If you are looking for more manga and anime recommended for you, check these articles below, too!