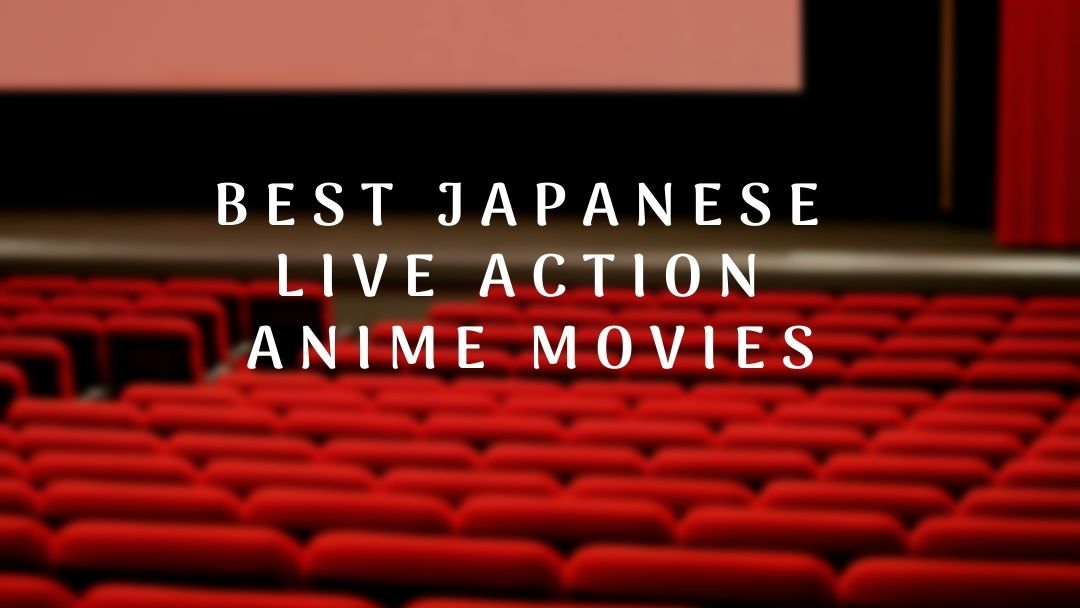 Not surprisingly, in Japan, many of the movies and series that come out every year are live action from popular anime series. When I talked about the best Japanese dramas to watch, all the dramas on the list was anime adaptations. But live action is a complicated issue. When a company announced that a manga or anime is going to be adapted, fans are between excited and skeptical. And sometimes it’s not easy to please fans, especially when it comes to their favorite anime or with great value for them. Some awful adaptations what have been done in the past have also have caused that many people no longer have much faith in live action. But it’s not always like this. There have also been adaptations, such as the drama of Hana Yori Dango, that have delighted fans and the public in general and have become some of the most famous dramas or movies.

Today I bring you a list with the best live action anime movies nowadays. Those who are not fans of anime and manga can also enjoy the list, since the movies are not only made for fans but for the entire public.

The first Live Action on this list could not be other than Rurouni Kenshin, which is probably the best live action or one of the best ever made.

Ruroni Kenshin is undoubtedly one of the most famous manga both outside and inside Japan. Anyone who likes anime and manga will know the serie even if they haven’t seen or read it. Therefore when the Live Action was announced, it was a big stir. Making the Live Action of such a mythical series was a risky bet and a great challenge, since although the fans were looking forward to it, they would also be very critical if the film was not up to par. However, the first film was a blockbuster and fans were delighted. Sato Takeru knew how to represent Kenshin perfectly. After the first movie in 2012, two more were made in 2014, and a fourth live action is had been announced.

For those of you who don’t know the plot, Ruroni Kenshin tells us the story of Kenshin Himura, a legendary assassin who is now a wandering samurai without an owner. The story is set in the Meiji Era, it was in which the samurai disappeared. Many samurai were left without an owner to serve and became wandering samurai or ronin. Kenshin had been the most famous and feared assassin, but at the end of the war he decided to go to anonymity and become a wanderer who traveled the country helping people, as a way to redeem himself for all the things he had done in the past and all the people who had killed. In fact, his double-edged katana is inverted and cannot kill, since he has promised himself not to take any life never again. The story begins when Kenshin meets Kamiya Kaoru, an orphan 17-year-old girl who works as a kendo teacher in a dojo.

The protagonists of the story are Edward and Alphonse Elric, two brothers. The brothers lived only with their mother since their father had left home when they were still young. Being still children, their mother Trisha dies, leaving the two brothers alone. But Edward, who doesn’t accept his mother’s death, convinces Alphonse to try to resurrect his mother through alchemy. However, you cannot resurrect someone from death, it’s one of the rules of alchemy. The attempt fails and Edward loses his left leg and Alphonse his body. Edward manages to seal his brother’s soul in armor, although for this he loses his right arm. After this happens, an alchemist named Roy Mustang visits the two brothers and proposes to Edward to become a member of the State Alchemist where he can seek a way to recover their bodies. From the day Alphonse loses his body, all Edward’s motivation and obsession is to get his brother’s body back.

The Fullmetal  Alchemist Live Action was announced in 2016, and Yamada Ryosuke was the actor selected to play Edward. Although without reaching the level of Ruroni Kenshin perhaps, Fullmetal Alchemist is also a very popular manga, becoming the most popular anime at the time. This series included alchemy, so fans were worried about the special effects and that it was done in a way that was realistic. But in the end the live action had a good acceptance from the fans. In fact it’s one of the Live Action that has received the best criticism.

You can find this Live Action on Netflix.

Ichigo Kurosaki is a normal teenager except because he can see the spirits and interact with them. One night, Ichigo meets Rukia Kuchiki, a shinigami (a Japanese Good of Death). While they’re talking, an evil spirit appears and attacks them. Rukia is seriously injured protecting Ichigo, so unable to fight, she decides to pass part of her powers to Ichigo so that he can fight the evil spirit. Ichigo manages to defeat the evil spirit, but without realizing it, he has absorbed Rukia’s powers almost completely, so Rukia cannot return to his world until she recovers them. While they look at how Rukia can regain his powers, Ichigo takes care of  the work that Rukia should be doing: defending the good souls of evil spirits and guiding them to the Society of Souls. But thing get bad when the Society of Souls discover what happened and decides to punish Rukia with the death penalty, since the shinigami are prohibited from giving their powers to a human. Could Ichigo save Rukia?

Bleach is one of the most recent Live Action (2018) but it was also one of the most desired. Although now it’s finished, Bleach’s manga was among the most popular, along with One Piece and Naruto.

If before I said that Ruroni Kenshin is a mythical series, Lupine the Third is a classic. The biggest and most wanted thief in the world is an iconic character that didn’t leave an entire generation indifferent. Younger generations may not know who he is, but among the oldest, everyone knows his name.

The manga of Lupin III is based on the novels by Maurice Leblanc, the well-known French writer. The protagonist of the series, Arsenio Lupine III, is the grandson of Arsenio Lupine, the French thief knight created by Mr. Leblanc. Each chapter of Lupin III has its own argument and the story begins and ends in the same chapter, more or less. But basically, the general synopsis is that Lupin III is an international thief who along with his friends try to steal precious or valuable items. The antagonist is Koichi Zenigata, an inspector of the Interpol descendant of the famous Japanese character Zenigata Heiji. During different chapters, Zenigata will try to capture Lupine and his friends, without much success. Being individual stories, it was easy to simply create a live action of Lupine in which they had to steal some special object.

The film has several dialogues and scenes in English, something that some fans don’t like, but that facilitates their understanding to other fans, who are delighted with the English dialogues. The plot is interesting and Oguri Shun perfectly embodies the famous thief.

Yes, I know, Netflix’s adaptation of Death Note was horrible. But don’t worry, I’m not talking about that adaptation but about the Japanese movie. This version always appears in the rankings voted by the fans as one of the better live actions to watch. It’s an old live action, from 2006, but it’s still a good option for a home day. If you haven’t read the manga or seen the anime, this is the synopsis of the movie:

Light Yagami is an outstanding student from Japan with a boring vision of the world that one day finds a strange notebook called Death Note on the floor. The notebook comes with instructions on how to use it. According to these instructions, if you write a person’s name and mentally visualize his face, that person will die of a heart attack. Although at first Light doesn’t believe in that notebook, after trying it twice, he discovers that his power is real. Now Light has the power to kill whoever he wants, simply by knowing his name and his face. A week after finding the notebook, Light receives a visit from Ryuk, a shinigami or God of Death. Ryuk confesses that he dropped the notebook to the human’s world just because he was bored.

Light believes that his destiny is to become the “God of the new world” and that he must kill all the criminals of the earth, so he begins to kill criminals and the public nicknamed him as “Kira”(because in Japanese sounds as ‘killer’). But all these deaths attract the attention of a famous and super intelligent detective named L. Will L get to discover who Kira really is and stop the deaths? Or will Light discover L’s real name and kill his enemy?

For more Japanese cultures, check these articles below! 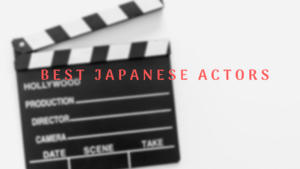