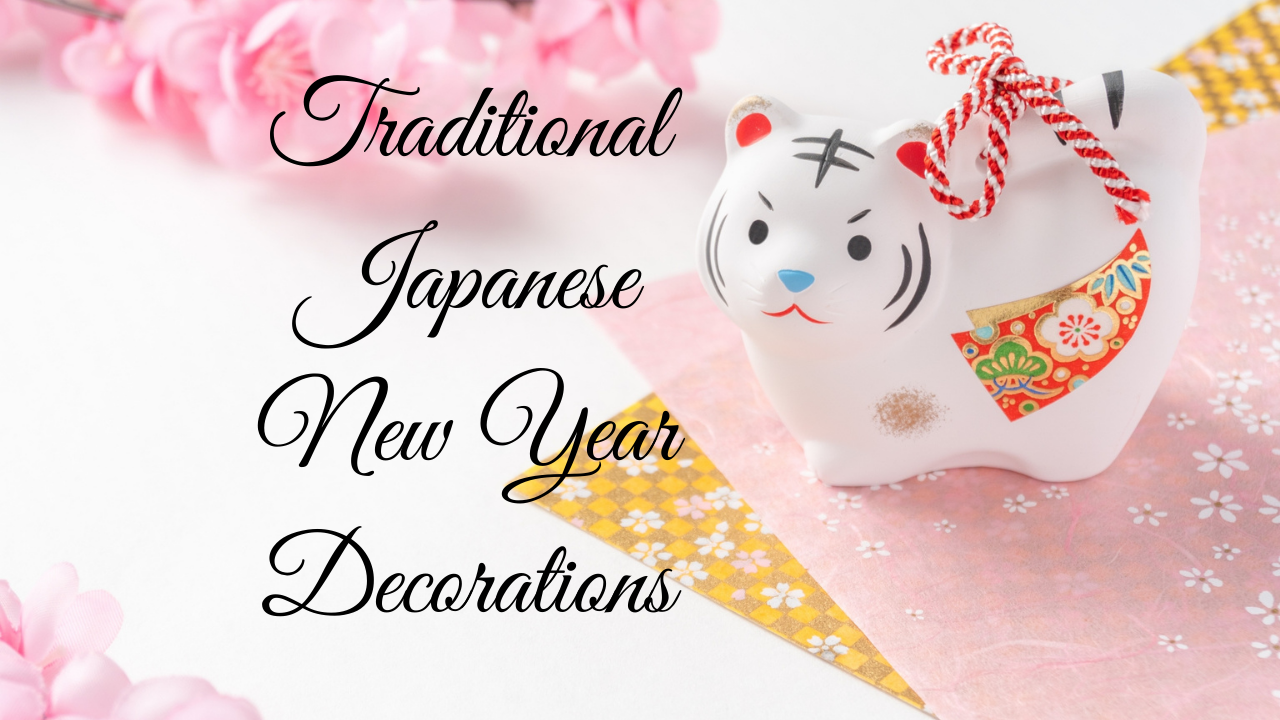 In most countries of the world, especially those of Christian tradition, Christmas brings among other things, Christmas decorations. From houses to businesses, coffee shops and even some offices are filled with different types of ornaments. Japan has also been infected with this custom (as of many others), but those who have lived in Japan or have gone in December will have been seen that between ornaments of red and white colors with motifs of Santa Claus, reindeer and christmas trees there are others much more frequent and peculiar for us. You may have wondered what they’ re or mean. They’ re traditional Japanese decorations, and are linked to the New Year, not Christmas (which is an imported holiday).

Today I would like to explain you the main three types of decorations:

One of the most typical New Year’s ornaments that you can found in any store or supermarket with different designs and sizes is the kagamimochi (鏡餅).

Traditionally it was made with two mochis (rice paste) rounded stacked one on top of the other and above all a tangerine or Japanese bitter orange called daidai (橙). Although today there’re also families who do it in the traditional way, especially in the countryside or more rural areas, in large cities the most common is to buy a plastic one at any store or supermarket. To do it correctly, one must make the mochi paste from the beginning and people don’t have that time or the necessary tools.

But even if they are made of plastic on the outside, inside there’s authentic mochi and you can eat it. As I said at the beginning, there are different designs and sizes. For example, how this new year is going to be the year of the rat according to the Chinese horoscope, there are many kagamimochi that are adorned with an adorable mouse. Or even with Disney characters, mainly Micky and Minnie (which are originally two mouses).

The kagamimochi is an offering to the Shinto gods and it’s said that the two mochis represent the Ying and Yang, the Moon and the Sun or even the years that come and go. Therefore, it cannot be placed anywhere or in any way, but rather placed on a special cloth called shihoonbeni (四方 紅), which in turn is placed on top of a wooden support called sanpoo (三宝). The families that can, put this whole set on the small Shinto altar of the family, called Kamidana (神棚) or if you don’t have this Shinto altar you can place it in the tokonoma (床の間), which is a cubicle or small raised space in a Japanese-style room with tatami floor called washitsu (和室) 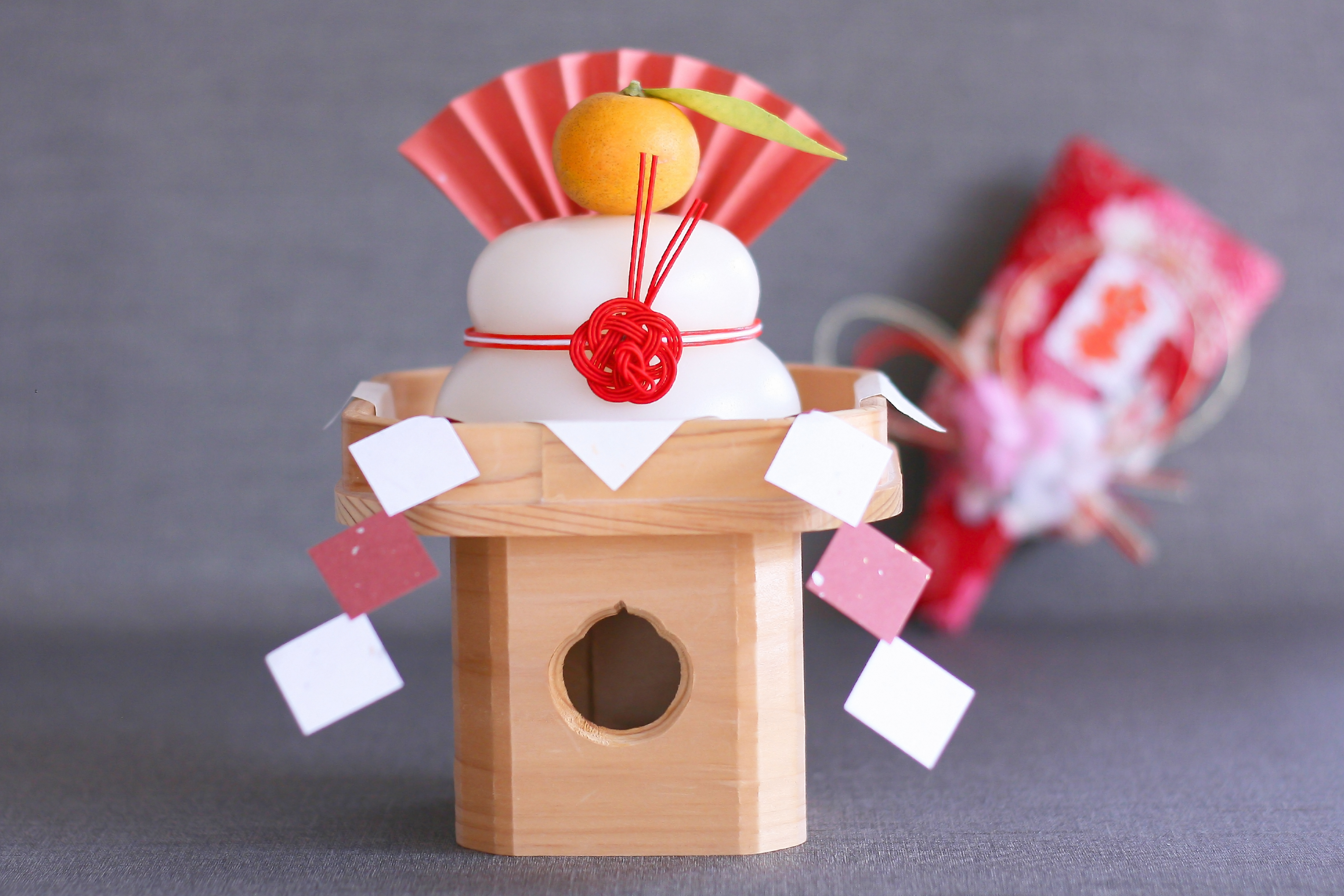 The kagamimochi is usually eaten on January 11 or the second Saturday or Sunday of January in a Shinto ritual called kagami biraki (鏡開き). 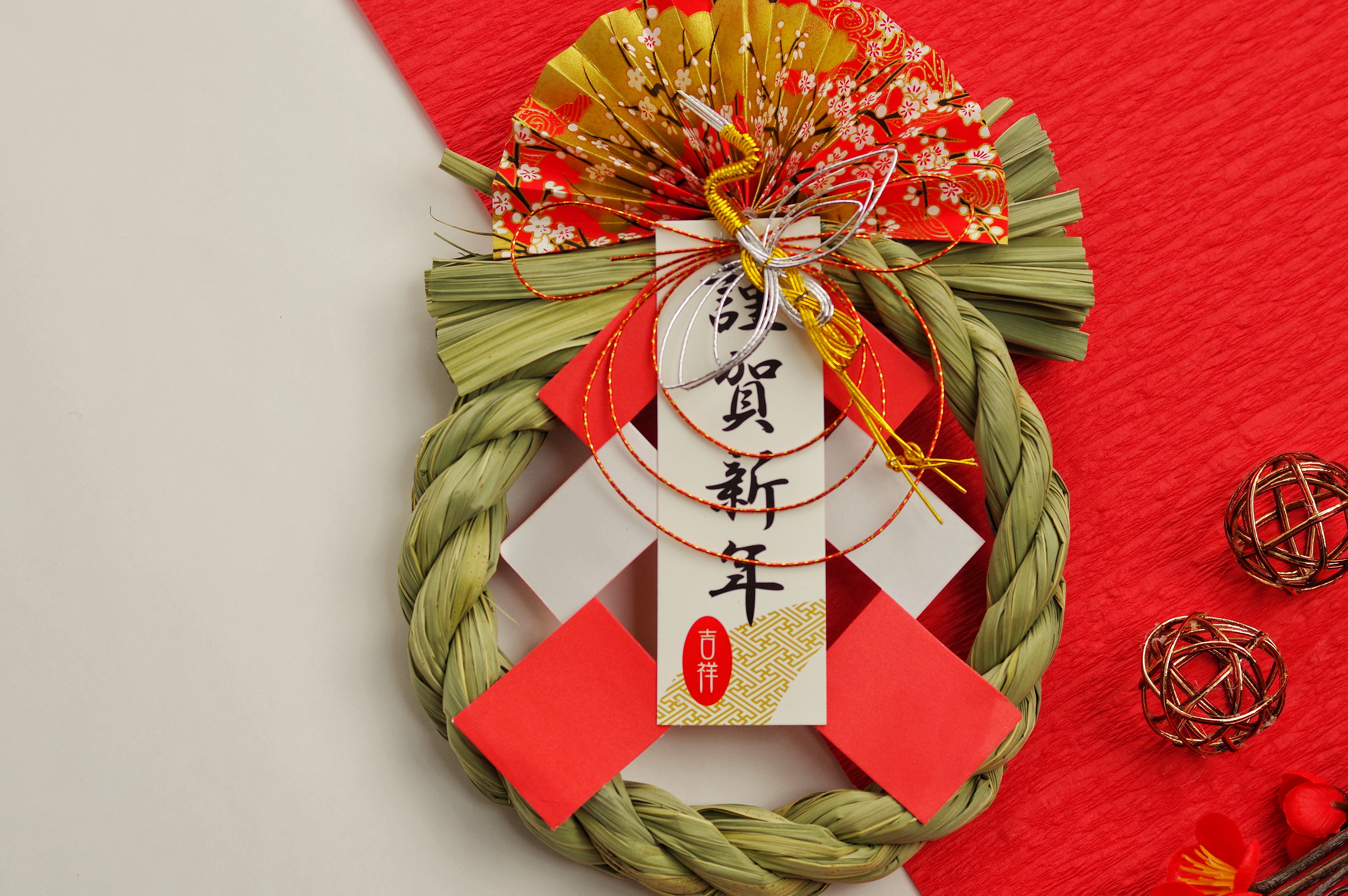 Another of the ornaments that you most seen in Japan these days is the shimekazari (注連飾り). While in the West we put in our doors the wreath ring tree with “Merry Christmas” messages in Japan they put the shimekazari on the doors of houses and businesses to attract and welcome the Gods of good fortune and get away the evil spirits.

The original shimekazari is made up of a string of rice straw called shimenawa (注連縄) that has zigzag strips of paper, called shide (紙垂). They also have pine leaves (symbolizing longevity) and a bitter orange (a symbol of posterity), among others. Currently we can find them in different styles and with different ornaments but they must to have at least these four things. 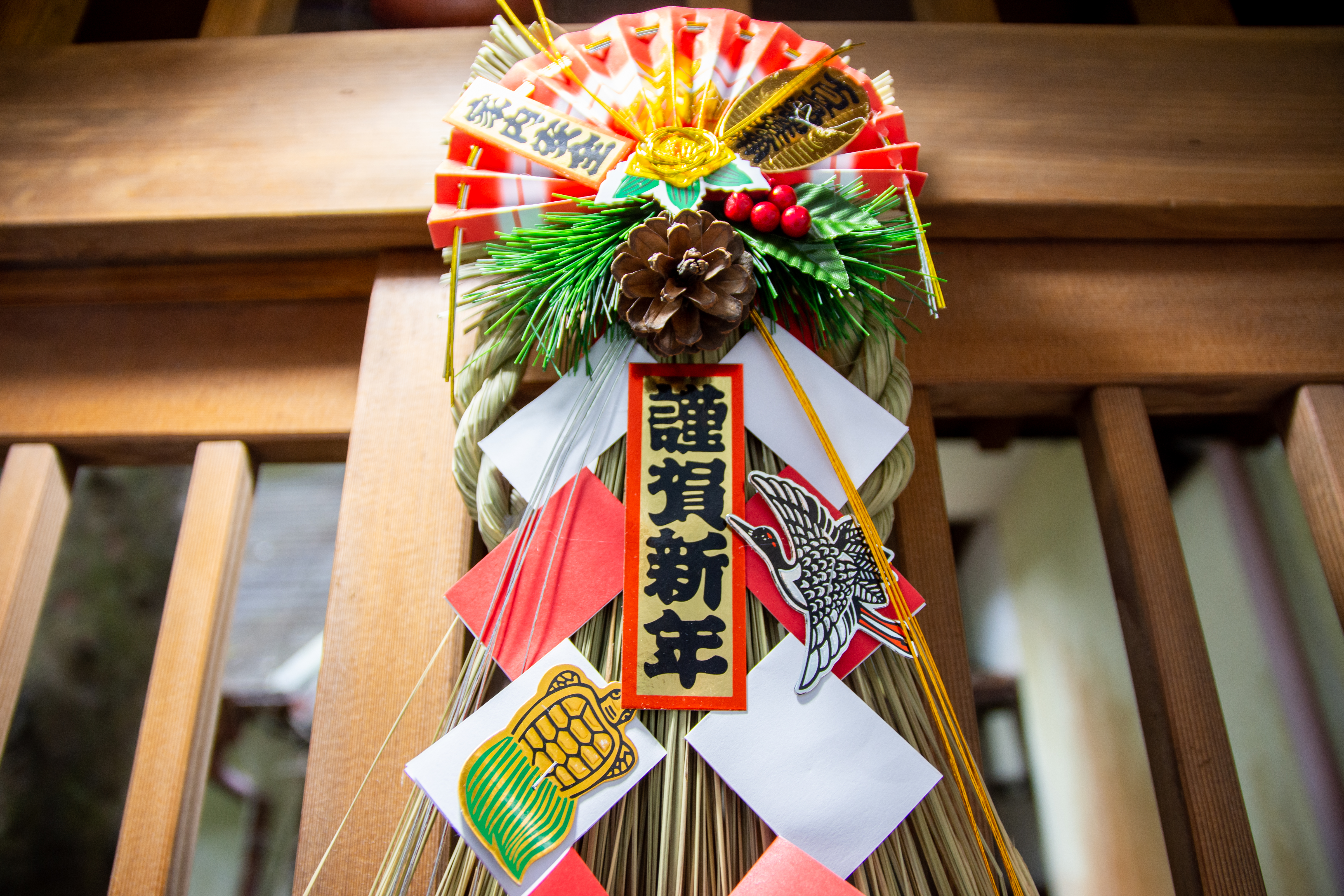 If you have been to a Shinto shrine in Japan you will probably have seen somewhere in the shrine (usually around a sacred tree or similar), the same rope with zigzag strips of paper found in the shimekazari. It’s a sign that marks a place as the home of some Shinto God, and therefore marks a sacred place in which evil spirits cannot enter. As a curiosity I will explain you that the zigzag strips of paper represent thunder and rain. Japan is a country that lived mainly from rice, and to have a good harvest, the rain was important.

The shimekazari is a smaller version of this symbol to protect our home or business from evil spirits and receive the new year without negative influences. Some drivers, especially taxi drivers, even put a shimekazari on the front grill of the car, to protect themselves from traffic accidents. 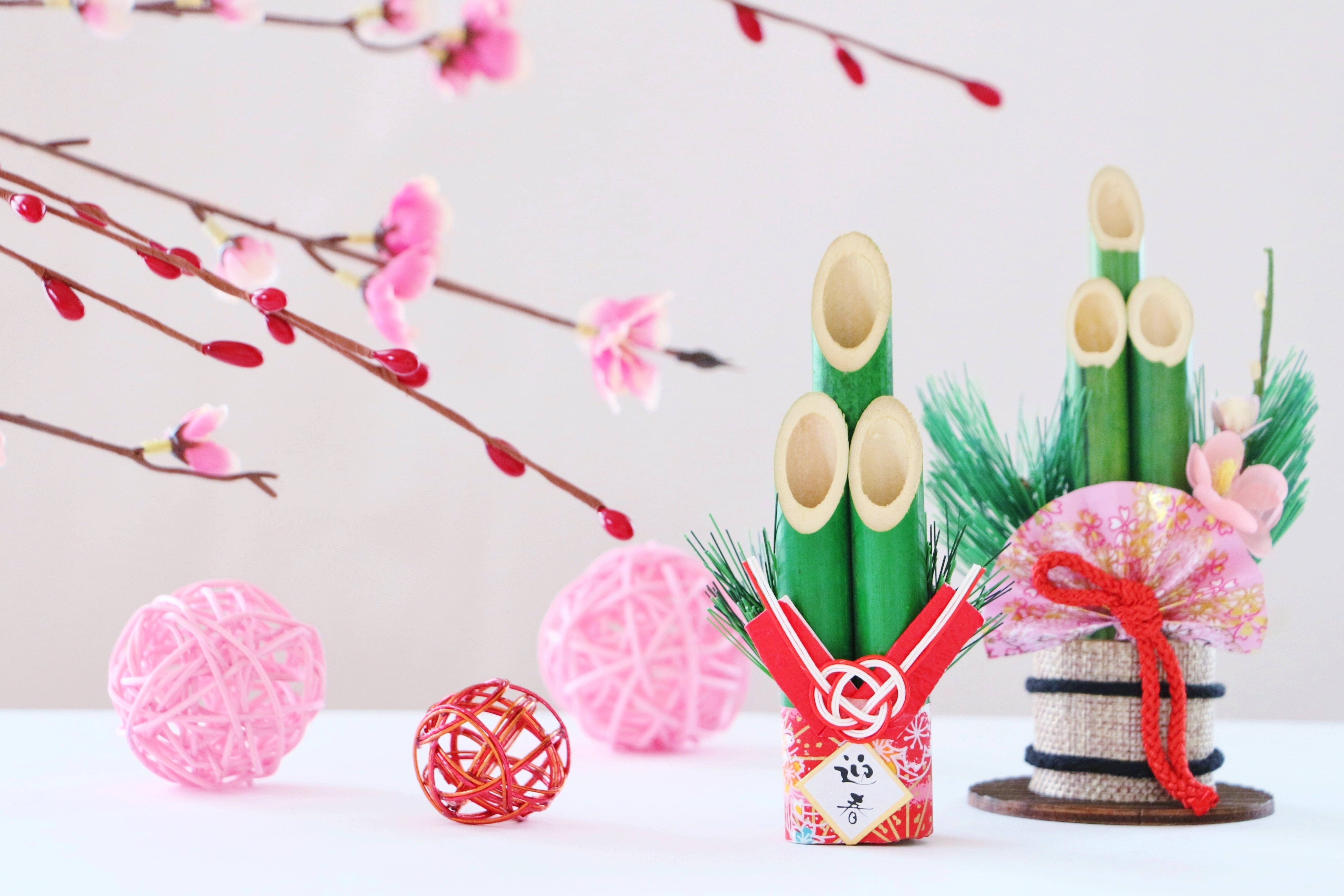 Finally we have the kadomatsu (門松), which consists of three bamboo shoots of different lengths, pine and plum branches. As with the shimekazari, the kadomatsu is placed at the entrance or the garden as it’s said to serve as a temporary abode of the Shinto Gods who come to visit the underworld to bless humans.

And as in Japan almost all things have a meaning and aren’t made randomly, the same happens with the kadomatsu. Bamboo symbolizes prosperity, and we can find it cut diagonally (kadomatsu sogi) or horizontally, showing the knots (kadomatsu zundou). The pine, as with the shimekazari, symbolizes longevity. Finally, plum branches symbolize constancy. Kadomatsu literally means pine door, but in Japanese pine (松) is pronounced the same as waiting (待つ). That is why it’s said that pine branches in Kadomatsu mean “waiting for God”, being these pine  branches the most important of kadomatsu and not bamboo canes, as people often think. 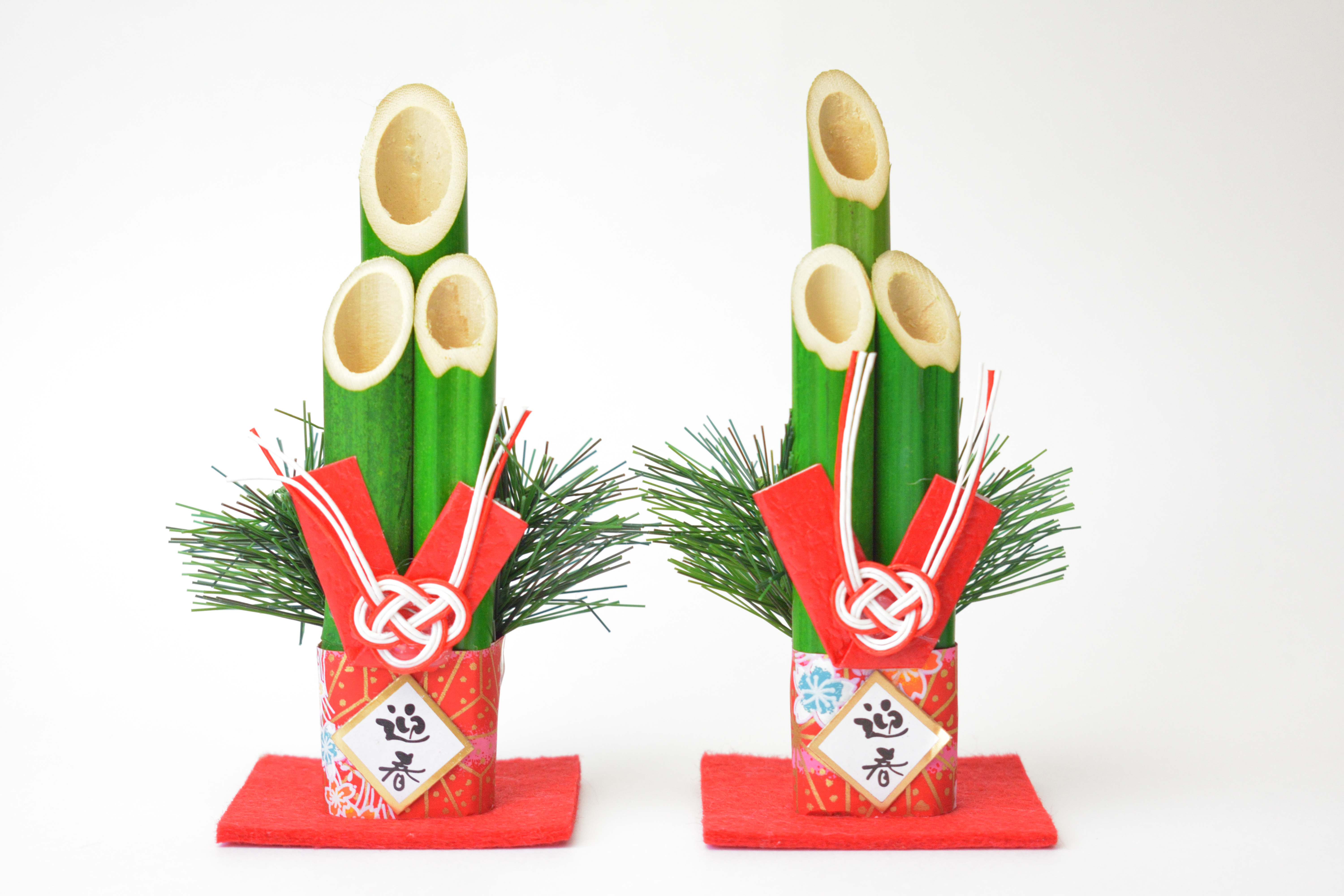 Formerly they were put in the garden from December 10. However, with the arrival from the West of Christmas and Santa Claus to Japan, the placement of the kadomatsu has been delayed for fear of a fight between the gods and the merchants. Currently it puts after 25 and before 29 (in Japan, 9 is a bad luck number because it sounds like “bad times”). In the same way, during the Edo period the tradition said that they should be burned after January 15, but currently it has been passed to January 7.

What do you think about these decorations? 😃Is there any peculiar decoration in your country? If you want to know more about how to spent Christmas and New Year in Japan don’t miss these articles too!

Christmas in Japan How the Japanese celebrate Christmas jw-webmagazine.com 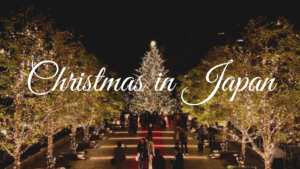 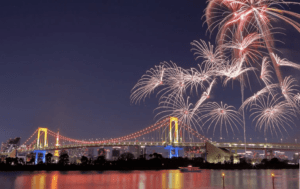 How to Spend New Year’s Holiday in Japan How to celebrate the New Year in Japan jw-webmagazine.com 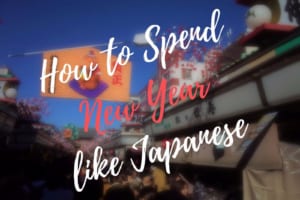 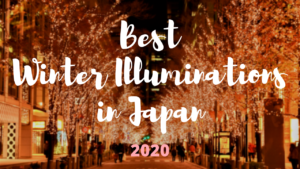