The most delicious dishes to eat in Japan at winter 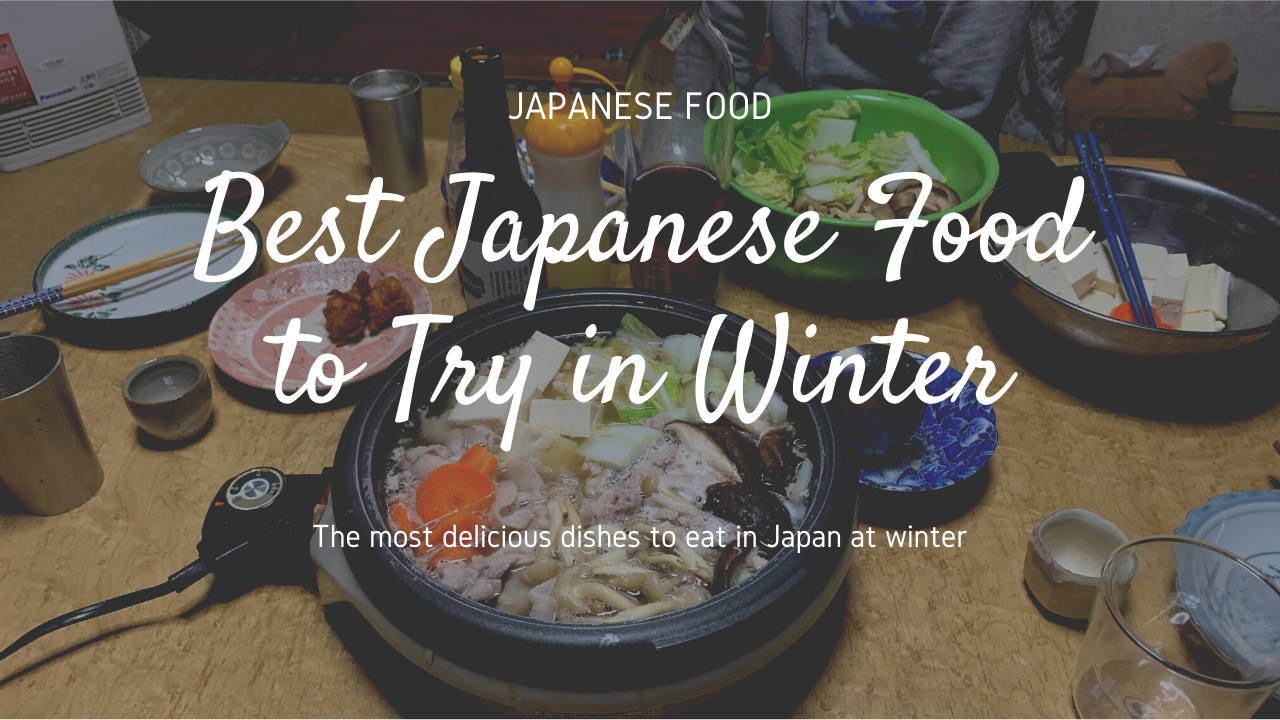 In Japan, the seasons are very important and have a huge influence on food. I know that this happens in several countries, not only in Japan. But here really is taken to the next level. Each season has some typical dishes and some of them can only be found in certain seasons or specific days.

If you are planning to come to Japan in winter or are living here for a while, you will surely be very cold and probably you will be tired and hungry after a long day visiting. One of the best ways to make your body warm and recharge energy is with delicious food, and in Japan there’re plenty of delicious dishes to enjoy in winter! Here are some of them: 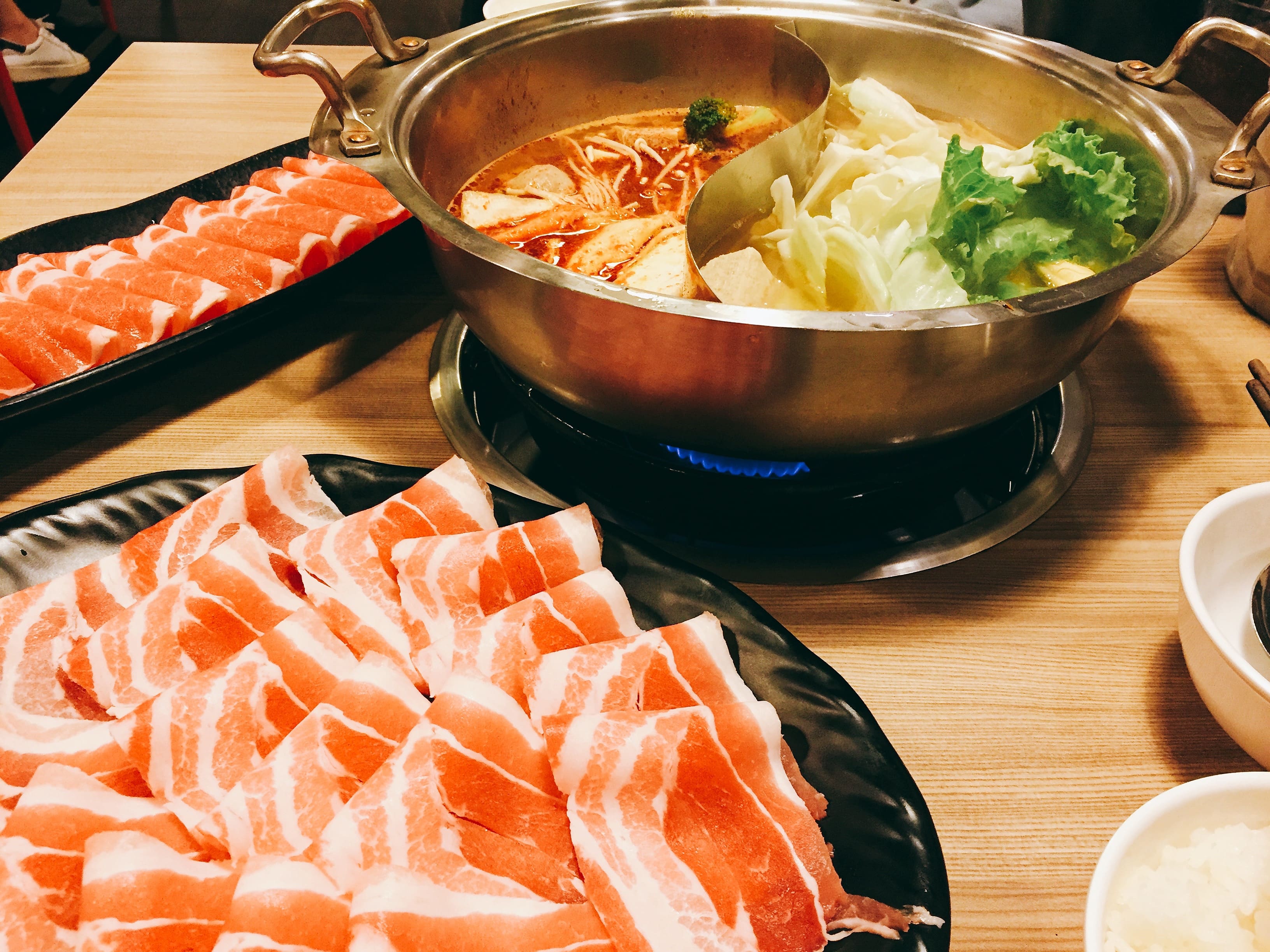 One of the most famous dishes in Japan when Winter is coming are “Nabemono”. In Japanese “Nabe” means pot and mono is the word the use for “thing”. So nabemono are literally “Things in a pot”, or hot pot dishes. And among the nabemono dishes the most popular are shabu shabu and sukiyaki without a doubt. Both of them consist of sliced meat (usually beef) and assorted vegetables boiled on water but the way to cook it’s slightly different. Shabu shabu it’s the onomatopoeia of the sound emitted when you take the meat and put it in the boiling water to cook first on one side and then on the other (it’s a bit hard to explain). In shabu shabu the food is cooked piece by piece by the diner at the table. On the other hand, in sukiyaki meat and vegetables are simmered slowly at the table. Another difference between shabu shabu and sukiyaki is the sauce in which the ingredients are boiled. Shabu shabu is considered more savory, and sukiyaki is sweeter. But in both cases the pot is puted in the middle of the table to share, and you take the food directly from the pot and the meat is served with dipping sauces.

One of my favorite places to eat Shabu shabu or Sukiyaki is Nabezo, a franchised restaurant . You can know more about this site in this article. 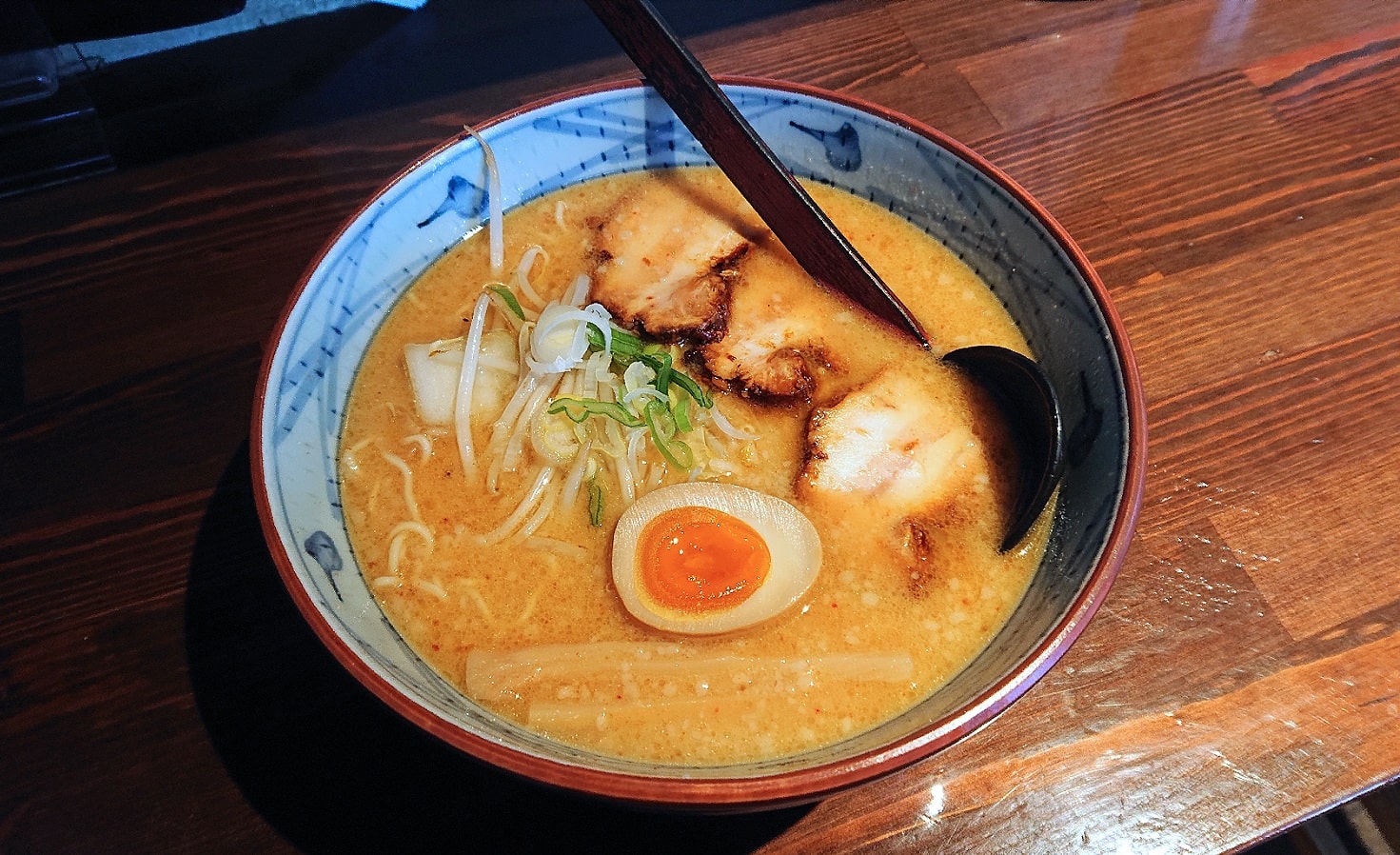 Ramen is definitely one of the most popular dishes by both foreigners and the Japanese themselves. He arrived in Japan from China, but over the years the Japanese have been adapting it to their tastes and gastronomy and now it is a quite different dish than the one eaten in China. While it is true that you eat all year round, with the cold of winter a delicious bowl of hot ramen craves more and makes you warm, don’t you think? 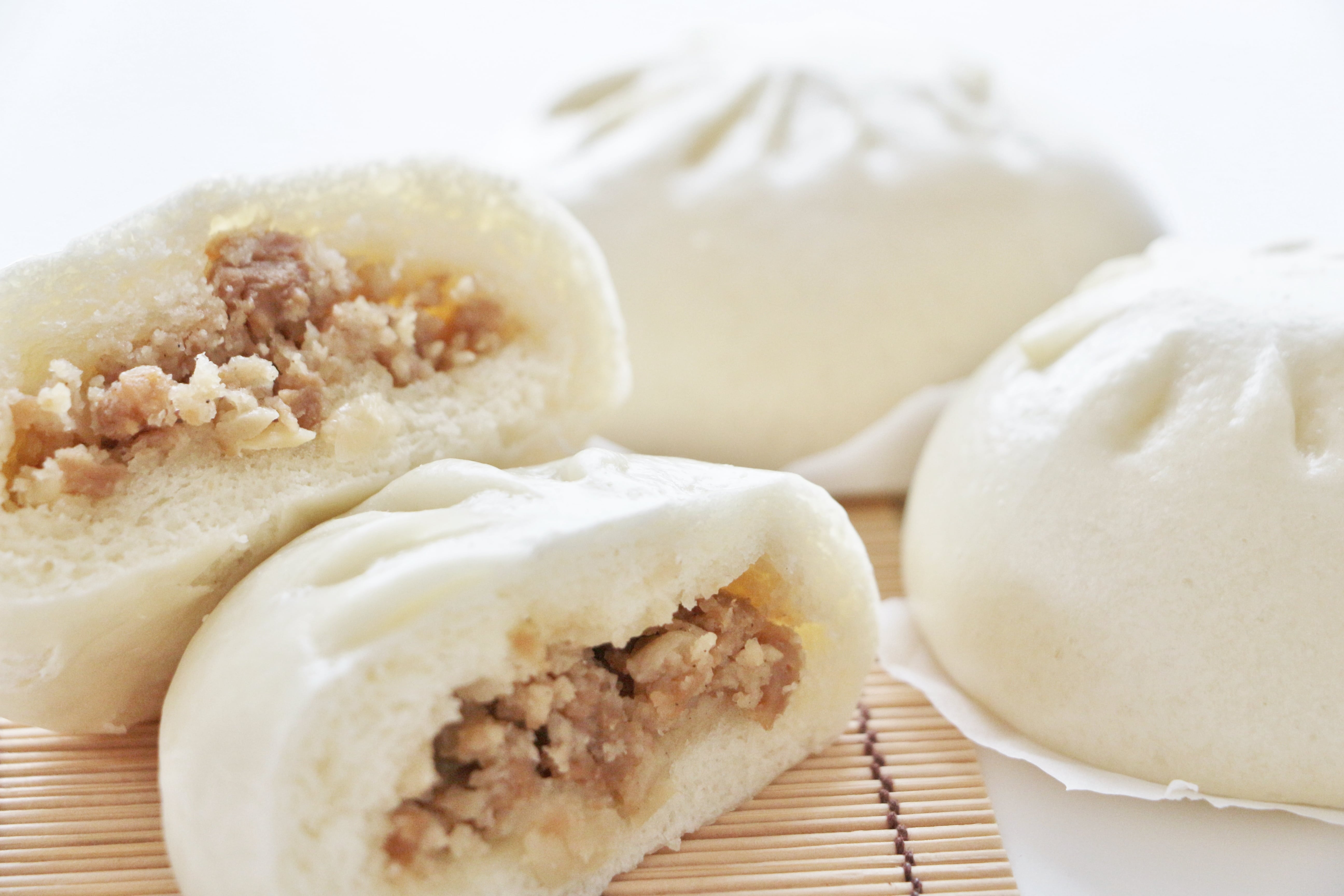 The nikuman is another food that comes from China. Basically it’s a bun stuffed with meat. You can find in any conbini for about 100 yen, which makes it the perfect street-food snack for winter. Although they’re usually filled with pork they are also found with other things, such as curry, red beans, cheese or even pizza!

If you’re in Osaka or Kyoto, I recommend you try the nikuman of a chain of stores called 551 Horai. There is always a line to buy, but the wait is completely worth it since they are really delicious! 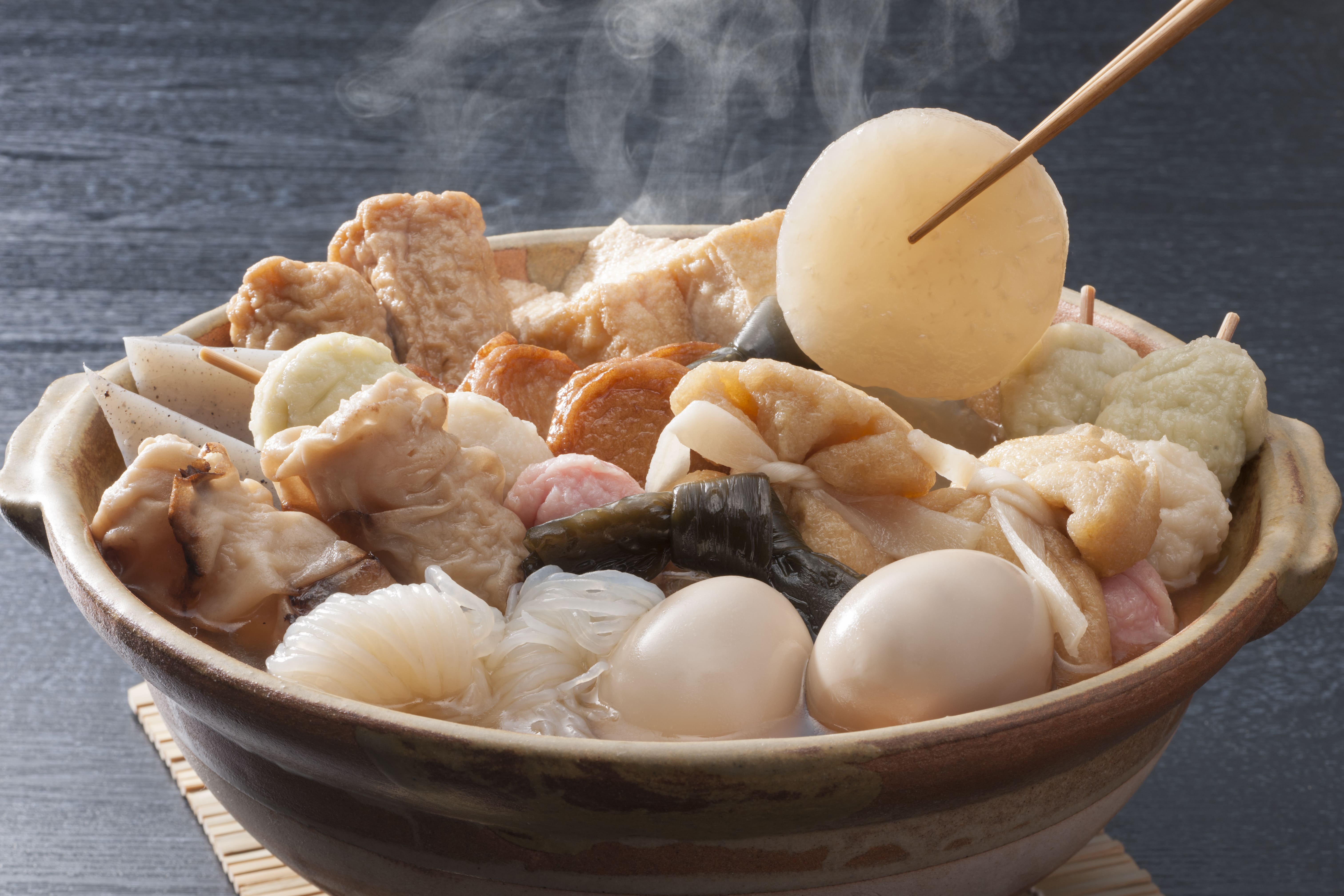 The oden is also a hot pot very popular in winter but different from nabe (prepared in a similar way tho). It basically consists of  light soy-based broth in which you can add different ingredients as you wish. Some of the most typical ingredients are: daikon radish, tofu, konnyaku (konjac jelly), yude-tamago (boiled egg), fish cakes, cabbage roll and mochi, among others. 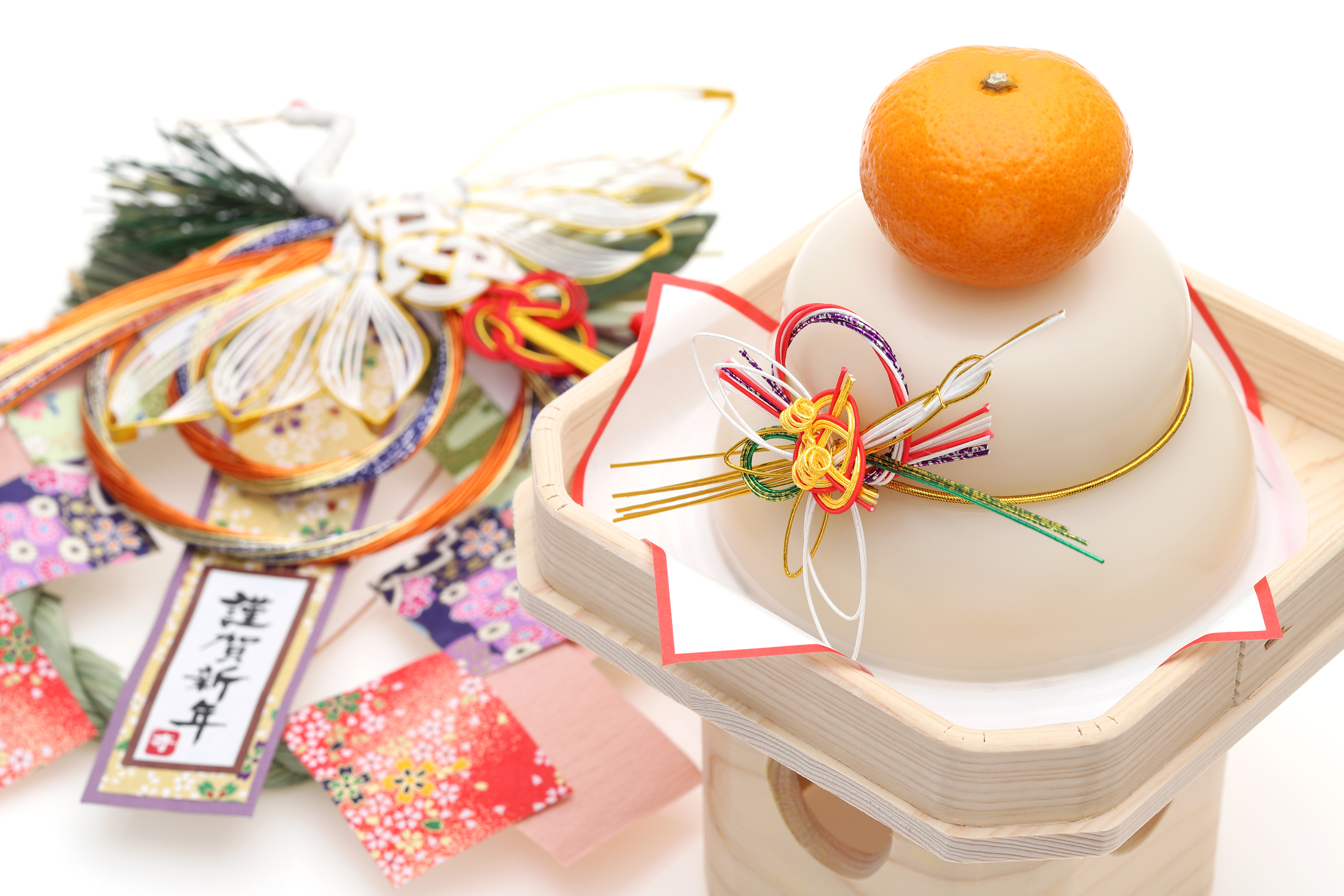 Mochi is a Japanese rice cake. There are many sweets made of mochi and it’s eaten in many different ways. But they can also be eaten simply by baking or gilling them. It is tradition to eat mochi as a dessert in New Year, but unfortunately this tradition is also the cause of several people (especially older) die every year for those dates since they choke on the mochi (it’s pasty and difficult to chew and eat).

Also, one of the most traditional decorations for these dates is made just from mochi. Kagamimochi is a Japanese New Year ornament traditionally made with two roch mochis stacked on top of each other and topped with a bitter Japanese orange called daidai. I say traditionally because nowadays most of them are made of plastic. It serves as an offering to the Shinto gods and it’s said that the two mochis represent ying and yang, the moon and the sun or even the years that come and go. 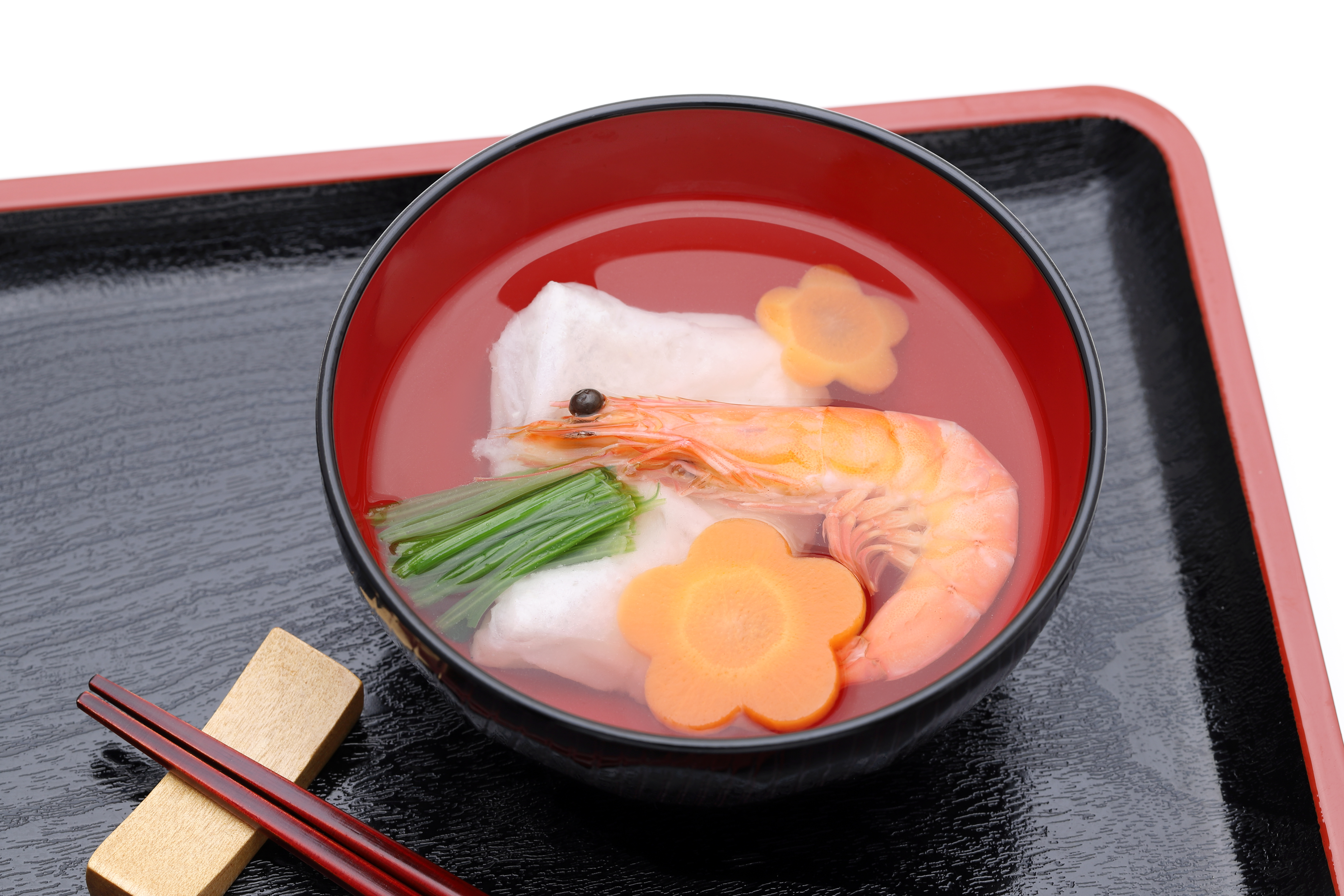 One of the most popular ways to eat mochi in the new year is in a soup, called ozoni. The ingredients change depending on the area but usually carry mochi, mushrooms, carrots and prawns. 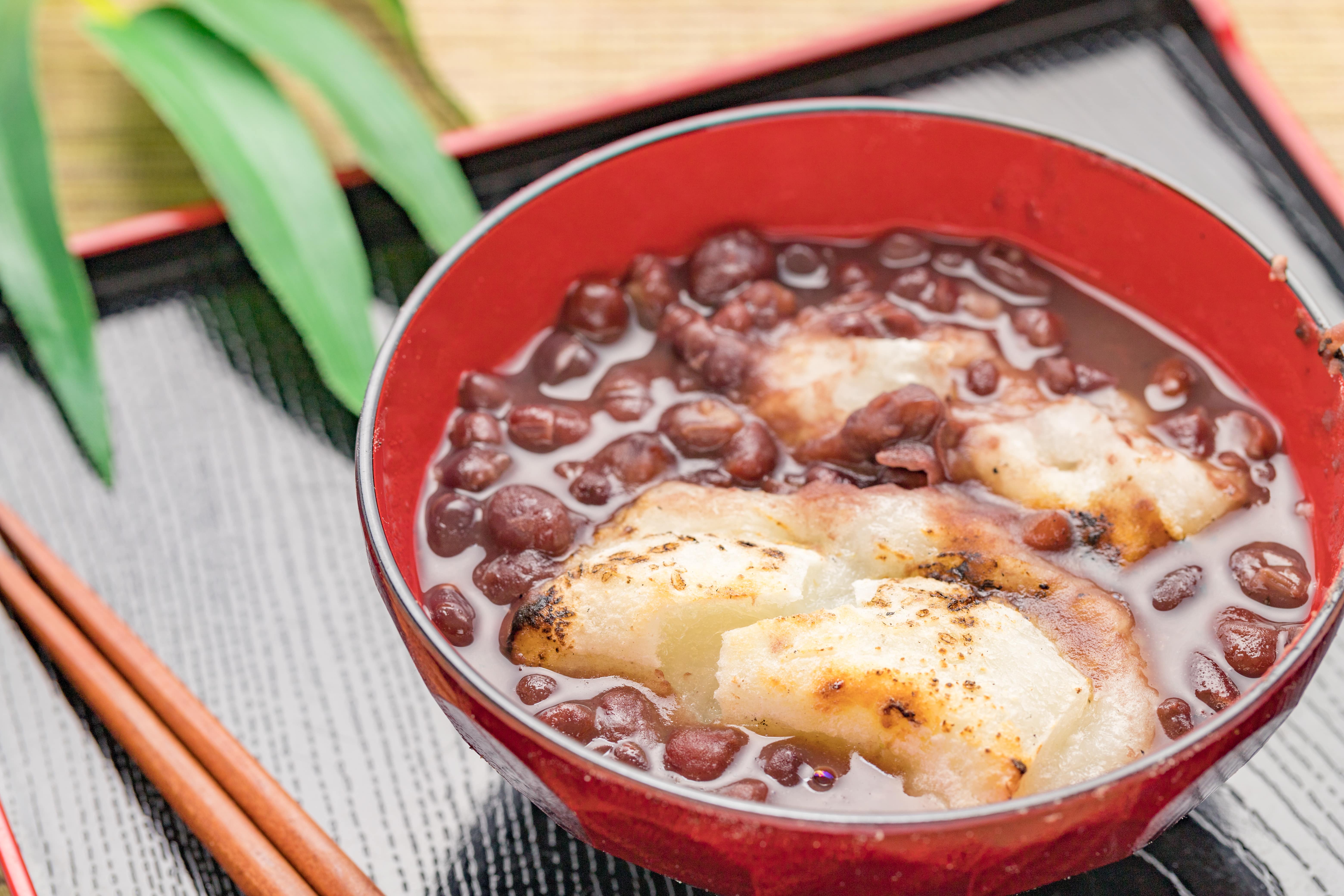 It is a soup made from red beans and mochi. Traditionally it was taken for the end of the year dinner, but nowadays it is drunk all winter long. You can try it in the traditional way, accompanied by a green tea in a tea house. Or you can do it in the style of the Japanese: Buy a can in one of the millions of soda machines! 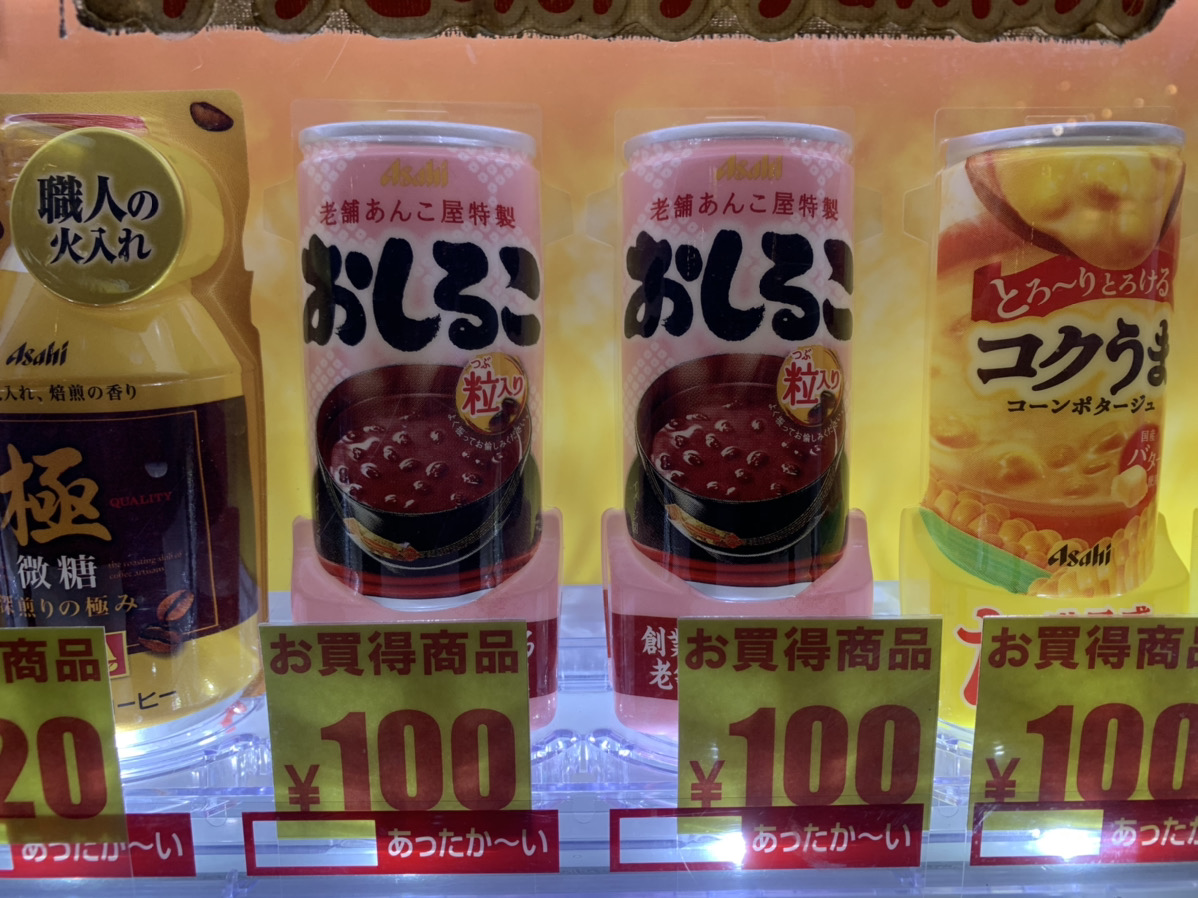 With the arrival of the cold, Japan’s vending machines are filled with hot drinks like coffee or tea, but also corn soup and one of the Japanese’s favorites: oshiruko 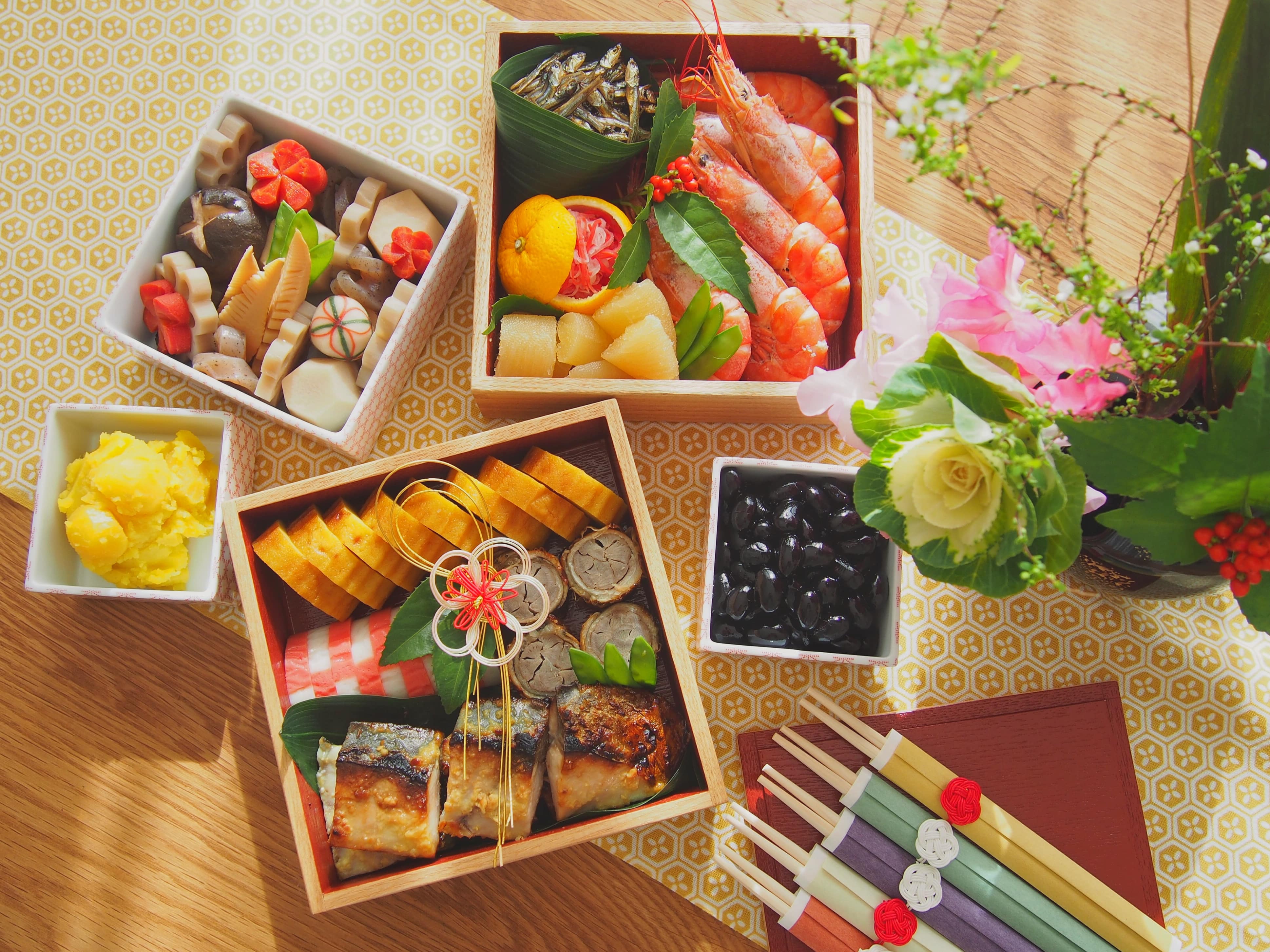 Osechi-ryori is a big meal to celebrate the beginning of the new year.  So this dish is eaten only on New Year’s Day. Consists in a huge variety of dishes carefully placed in a jubako box (compartmentalized tray-like bento box). Each component is strategically placed in a way that looks aesthetically pleasant and represent different wishes for the new year (money, health, love, kids, etc). Formerly, mothers used to prepare the osechi boxes for the whole family members but nowadays people usually just buy them.

And after so much food, dessert! From late winter to early spring, it’s the best time to enjoy Japanese strawberries! Japanese strawberries are somewhat expensive if we compare it with other countries but they taste so good as they are very juicy, plump and have a perfect balance of sweetness and sourness. One of the best ways to try these strawberries in winter without spending so much money is with a delicious piece of strawberry pie and cream! This cake is especially popular for Christmas day, where it becomes the most desired dessert.

What do you think of these dishes? Have you tried any of them? Tell us what you the best food to try in your country in winter! And If you want to know the best restaurants in Japan where to try some of these dishes or what to do in Japan in winter, don’t miss these articles too!

7 Most Unique Ramen Restaurants in Tokyo From Shrimp to Pizza, 7 Unique Flavours of Ramen in Tokyo! jw-webmagazine.com 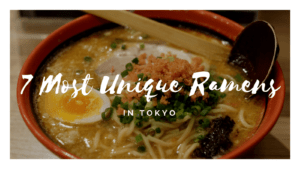 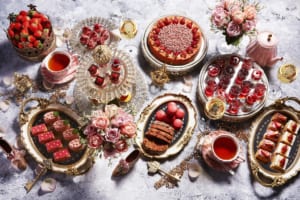 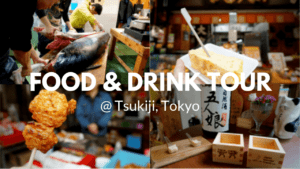 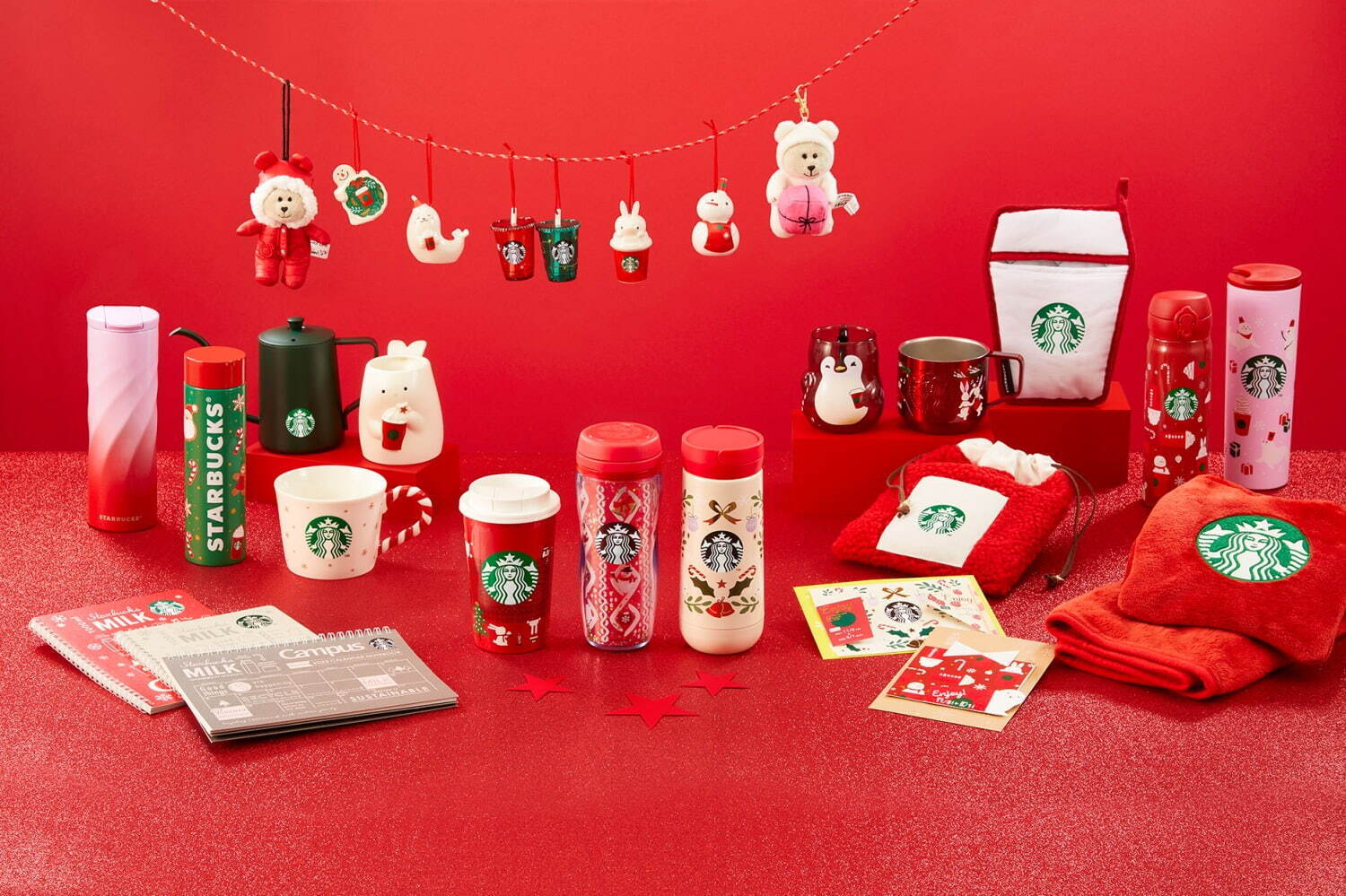 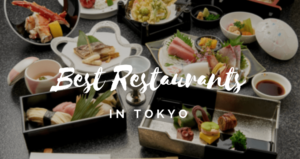