Welcome to the World of Manga: International Manga Museum in Kyoto!

Manga are comics created in Japan. Many comic books have been the heart of Japanese pop culture which are only in Japan but also spread…

Manga are comics created in Japan. Many comic books have been the heart of Japanese pop culture which are only in Japan but also spread popularity in worldwide. Manga developed in Japan in the late 19th century. Comic magazines are the field where manga artists get opportunities to represent their work. A lot of them are willing to spend a lot of time and money on their work to gain popularity worldwide.

When we talk about manga, some people think it’s only for children. But actually it’s absolutely wrong. All generation read manga, because manga aren’t only cartoon comic but they’re interesting artworks with great story lines. Especially, Japanese comics are considered to be good at mixing story and funny. In addition, there are really so many different type of stories.

If you’re one of manga’s fans or interesting in Japanese comic, there are manga museum in Japan where are located in Kyoto. ‘The Kyoto International Manga Museum ( 京都国際マンガミュージアム, Kyōto Kokusai Manga Museum)’ was opened in November 2006. The walls are fulfilled with shelves of manga more than 300,000 which are all you can read. The majority is in Japanese but some of section of the books are translated manga which foreign visitor can enjoy its 🙂

On weekends, this museum provide various workshops such as drawing manga course which you can paticipate and enjoy it. Sometimes they provide the events such as a cosplay party which you can see many cosplayers wearing manga character costumes. The Kyoto International Manga Museum is the place where can make you get new experience and good memories !

MARVEL “Age of Heroes” Exhibition Coming to Tokyo!What’s your favourite hero?? Find them at the huge Marvel exhibition coming to Japan this spring!jw-webmagazine.com 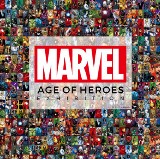 10 Things to Enjoy in Kyoto apart from Temples&ShrinesKyoto is unbeatably the most popular tourist destination in Japan. The city with full of historic and traditional…jw-webmagazine.com 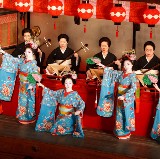 The Top 10 Hidden Gems in KyotoWhen we close our eyes and imagine the original Japanese, most of us maybe think of Kyoto where was established as…jw-webmagazine.com 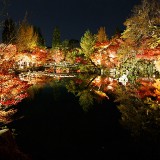 1 Week Itinerary in Japan: OSAKA+KYOTO+HIROSHIMAFirst time visiting to west Japan? What would you do if you will be there for one week? It might be difficult to plan…jw-webmagazine.com 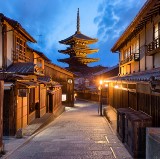 Akihabara is the Best Place to Get Your Favorite Anime Goods 🙂You can find ALL kinds of character model figures in Akihabara!!jw-webmagazine.com 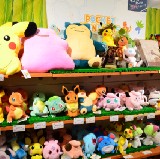