Guide to ATMs in Japan to Withdraw Cash 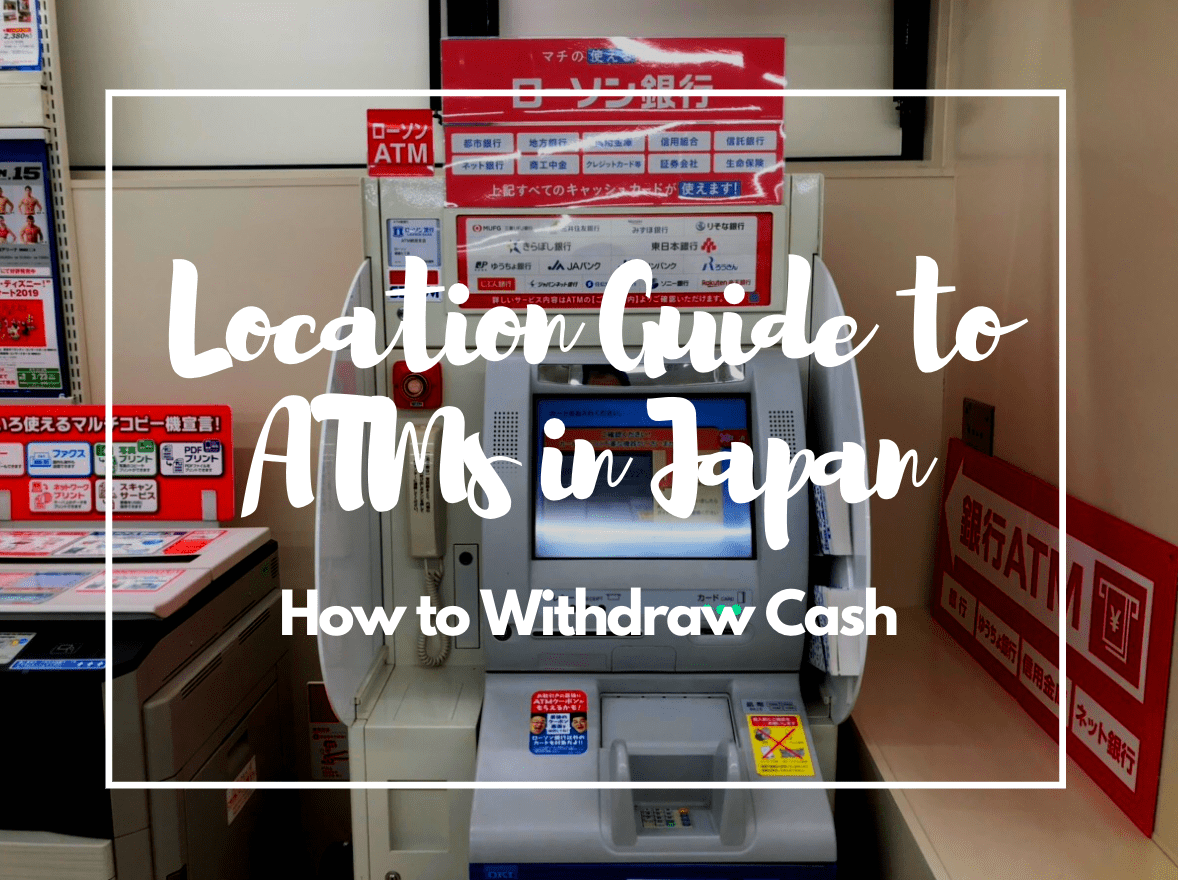 One of your worries about traveling in Japan may be the unfamiliar currency and payment methods in Japan. Can you use a credit card or debit card issued in your country at restaurants and shops? How much cash do you need to travel in Japan? In short, you need a certain amount of cash in Japan.

Today, there are a variety of ways to pay cashless in the world such as credit cards, rechargeable e-money cards, virtual currency and so on, and cash is almost no longer used in some countries. However, Japan is far from a cashless society and most of people still use cash rather than credit cards. Many restaurants and shops accept the payment methods of credit cards and other cashless ways, but you cannot use even credit cards at some spots including privately owned restaurants, shops, stalls, Ryokan, hospitals, etc. It is quite convenient to buy a bottle of drinks from a vending machine in Japan, and credit cards are not accepted as a rule.

Exchanging money before you leave for Japan is the best way to start your trip in Japan smoothly. Anyway, it is very useful to know about ATMs in Japan where you can withdraw cash (of course Japanese yen) with your credit cart which is issued overseas. You may run out of cash even if you bring some cash from your home. Here are the guide of ATM locations in Japan and some tips to use Japanese ATMs.

How to use ATMs in Japan

Here, I’d like to introduce Japanese ATMs below which you can use with internationally-issued cards in English and other languages. How to use ATMs in Japan is really simple: just insert your card into the ATMs and choose your language. You won’t get lost with your language, will you?

Japan Post Bank, which is commonly called Yucho in Japanese, is one of the largest banks in Japan, and there are over 20,000 post offices with ATMs all over the country. At ATMs in post offices, you can withdraw Japanese cash with these cards: VISA, Visaelectron, Plus, Mastercard, Maestro, Cirrus, American Express, JCB, China Unionpay and Discover (except a part of older machines). Withdrawal limit per transection is 50,000 yen.

Business hours of each ATM depends on the hour of the post office, and some major post offices in urban areas including Tokyo Central, Shinjuku, Shibuya and Kyoto Central Post Office. ATMs are also available during the following hours.

Convenience stores are one of the most recommended to use ATMs in Japan since there are lots of convenience stores near every popular tourist site. 7-Eleven is one of the largest convenience store chains in Japan offering over 24,000 ATMs all around Japan. You can see a red-colored ATM served by Seven Bank. Of course, the cards that are issued in your country are available at ATMs in 7-Eleven including Visa, Mastercard, Maestro, Cirrus, UnionPay, American Express, JCB, Discover and Diners Club. Please be noted that your card may be unavailable with some ATMs even though you see the logos of the cards on the machines.

Most of the 7 Eleven stores are open 24 hours a day, 7 days a week and the ATMs there are operated almost all the day. Some credit cards are unavailable during 10–20 mins around 12 o’clock midnight. Transection fees vary by the card brand. Withdrawal limit per transection for internationally issued cards is 100,000 yen, and the limitation of magnetic stripe cards and American Express cards are 30,000 yen.

Seven Bank’s ATMs are located at not only 7-Eleven but also international airports like Narita, Haneda and Kansai Airport and major train stations.

You may wonder if you can use the ATMs in English and how to use them. You don’t need to worry about that. It is really simple to withdraw cash with Japanese ATMs. Firstly, insert your card into the ATM and choose your language. All you need to do after that is just proceed the transection by tapping some buttons the way you do in your country.

Family Mart is also a popular convenience store in Japan, providing the ATMs which you can use with these internationally issued cards: VISA, Mastercard, Maestro, Cirrus, UnionPay and JCB. You can see E-net ATMs with the logo “E” at most of Family Mart stores. There are over 12,000 E-net ATMs all over Japan (about 2,100 in Tokyo), which are foreign-friendly to use in English and other languages. Withdrawal limit per transection with internationally issued cards is 100,000 yen and 40,000 yen with magnetic stripe cards. E-net ATMs are available 24 hours a day at Family Mart. The E-net ATMs are also located at the popular discount stores Don Quijote where you can enjoy shopping from cosmetics and medicines to snacks and other necessities as souvenirs.

You will also see a large number of Lawson convenience stores with its blue color sigh all around the country. There are over 10,000 Lawson ATMs in all in Japan and the following cards are available: VISA, Mastercard, Maestro, Cirrus, UnionPay, JCB. Withdrawal limit for single transaction at a Lawson ATM is 50,000 yen with cards that are issued overseas. You can proceed the transection with English guidance, of course.

Major banks also offer ATMs which you can withdraw cash with internationally issued cards. There are the banks’ ATMs in their branches, stations and shopping complex. The business hours depend on the locations.

MUFG Bank, one of the largest Japanese banks, holds its ATMs which you can use with these card brands: JCB, Unionpay, Discover for the most part and Visa and Mastercard with a part of ATMs. Withdrawal limit per transection for internationally issued cards is 50,000 yen.

Sumitomo Mitsui Banking Corporation Visa, one of the gigantic banks in Japan, provides ATMs for Mastercard, Maestro, Cirrus and Unionpay. You can withdraw cash for 50,000 yen at most per transection.

You can use ATMs of the blue-colored bank Mizuho Bank with these card brands: VISA, Visaelectron, Plus, Mastercard, Maestro, Cirrus, JCB, Unionpay and Discover. Withdrawal limit for single transaction is 50,000 yen.

Here are some tips to avoid problems about money in Japan. Preparing in advance well will help you to travel Japan comfortably.

Getting a certain amount of Japanese yen in your country is the easiest way for a trip to Japan. That makes it possible to spend more time enjoying sightseeing in Japan.

In the case you don’t have much time to exchange money in your country, you need to do in Japan. It is recommended to confirm where to exchange your currency into Japanese yen smoothly or cheaply. It is also possible that you run out of money you bring to Japan in the middle of your travel.

Checking availability of your card overseas

It is better to ask your financial institution if your card is available for transection in Japan or not just in case.

It is also an option to save cash as much as possible and use credit cards at restaurants and shops that accept various payment methods.

Anyway, you can withdraw Japanese cash using ATMs in Japan especially in urban areas. For more info about traveling in Japan, check these articles below, too. 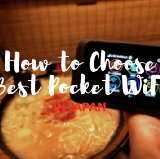 So How Much Does Actually Japan Cost??How much yen per day do you need to travel in Japan?jw-webmagazine.com 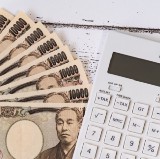 Japan Travel Tips: 10 Essentials for Travellers to Japan!Things to know before and during your trip in Japanjw-webmagazine.com 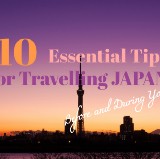 13 Best Economical Passes and Tickets in Japan from Tokyo Metro Passes to SuicaReserve budget passes and tickets online before arriving at Japan!!jw-webmagazine.com 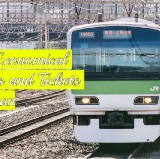 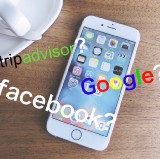 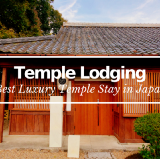 1 Week Itinerary: the Very Best of Japan for First Timers 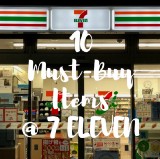 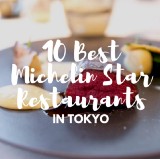