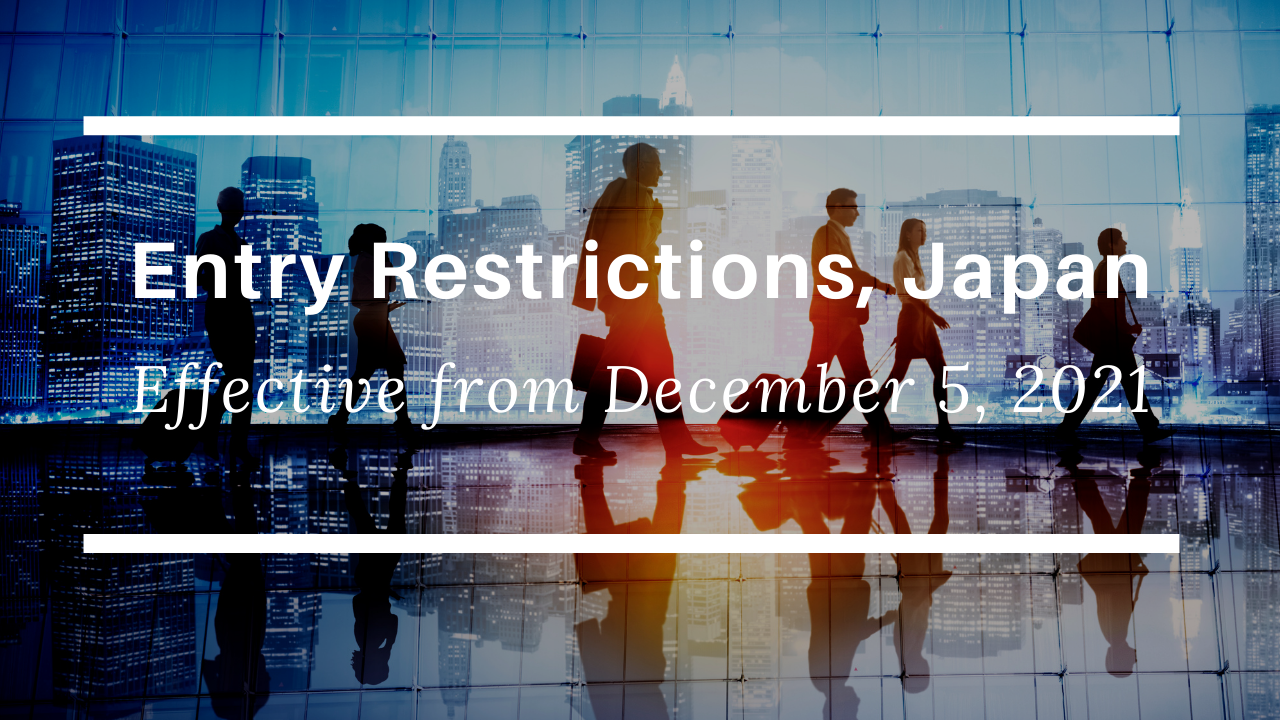 Japan Prime Minister Fumio Kishida, recently elected in succession to Suga, Abe’s successor, made an important statement on November 29. Following the line of its predecessors, Kishida’s government has banned all foreign travellers from entering Japan, starting from November 30 due to the newly reported variant of the coronavirus named Omicron (B.1.1.529).

New Entry Restrictions over the Omicron Variant from November 30, JapanJapan bans all foreign travelers from entering Japan due to the newly reported omicron variantjw-webmagazine.com

In summary, the new entry restriction bars all new incoming foreigners from all across the world. These restrictions do not only apply to travellers but also to all foreign people coming for student exchanges, business trip and any other purposes including those who were allowed to visit Japan under the easing regulation effective November 8. So we are back to the previous situation.

There are exceptions to the entry ban: Japanese and foreign residents returning to Japan (as up to now). However, they are required to be placed in isolation for 14 days again while the Japanese travelers were required to be isolated for 3 days if they fulfill certain conditions as getting fully vaccinated. Depending on the country you are coming from, you will be required to spend from 3 to 10 days in one of the government-designated facility (a hotel). The number of days also varies from day to day depending on the omicron situation in each country.

On December 2nd it was announced that as of midnight on December 3rd people coming from Ireland, United Arab Emirates, Ghana, Saudi Arabia, Norway or the state of California in United States need to quarantine the first 3 days in hotels provided by the Japanese government.

Then on December 3rd India (Karnataka), Greece, the states of Colorado, New York, Hawaii in United States, Minnesota, Romania were added to the list. 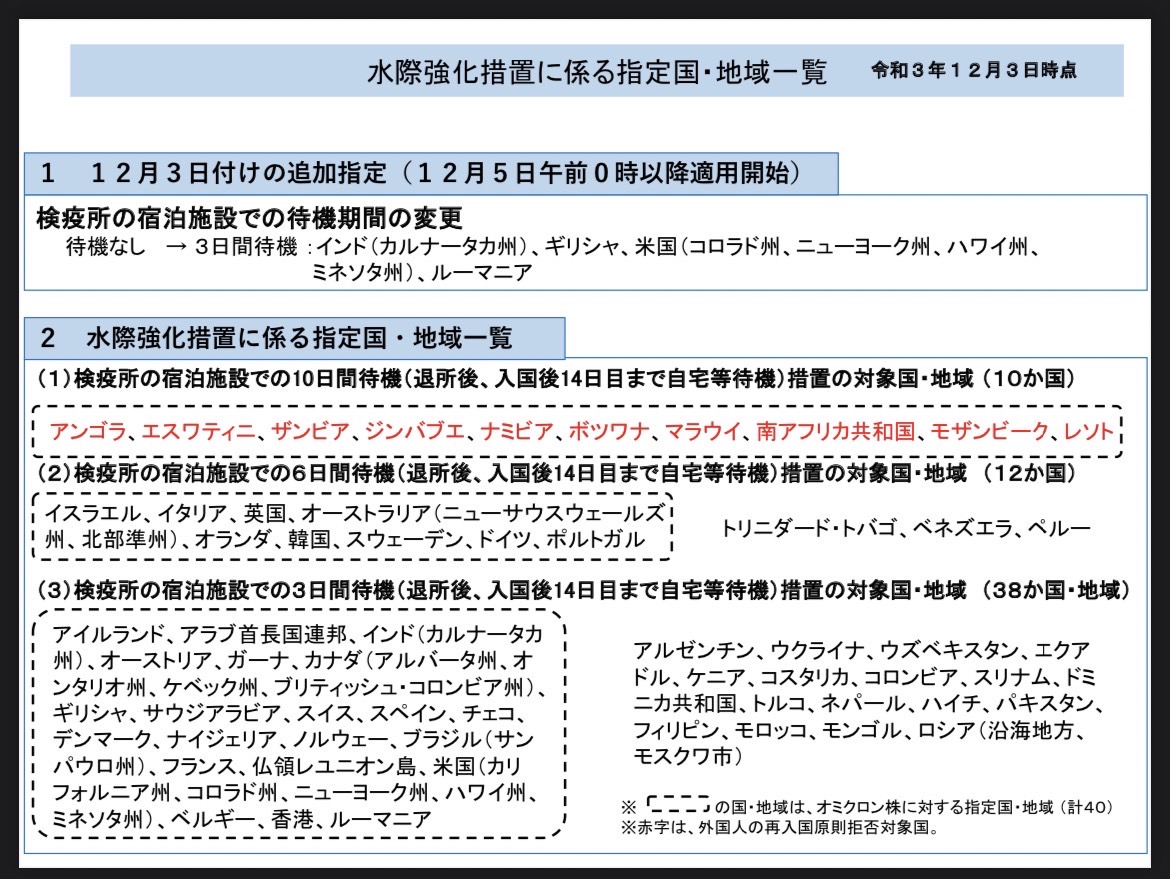 And today December 6th it has been announced that people coming from countries where 3 days mandatory hotel is required will be able to do the 14 days of quarantine at home if they have a certificate of vaccination (except those countries that are in the list because of the delta and omicron variant).

IMPORTANT: From December 1st foreigners, resident or non-resident, coming from any of the following countries would not be allowed to enter Japan:

– 6 days in a place designated by these authorities, if the person has spent the last 14 days before arriving to Japan in Israel, Italy, United Kingdom, Australia (New South Wales, Northern Territory), Netherlands, South Korea, Sweden, Germany, Portugal for the status of the new Omicron variant.

Trinidad and Tobago, Venezuela and Peru are also on this list because of the Covid-19 situation in those countries or areas.

Argentina, Ukraine, Uzbekistan, Ecuador, Kenya, Costa Rica, Colombia, Suriname, Republic of Dominica, Turkey, Nepal, Haitian, Pakistan, Philippines, Morocco, Mongolia, Russia (Primorsky Krai, Moscow City) are also on this list but because of the Covid-19 situation in those countries or areas. *Reminder that from today, people coming from these countries will be able to do the 14 days of quarantine at home if they have a vaccination certificate.

My First-hand Experience Re-entering Japan with the New RegulationsThe new Japanese re-entry regulations: a first-hand explanation of all the processesjw-webmagazine.com