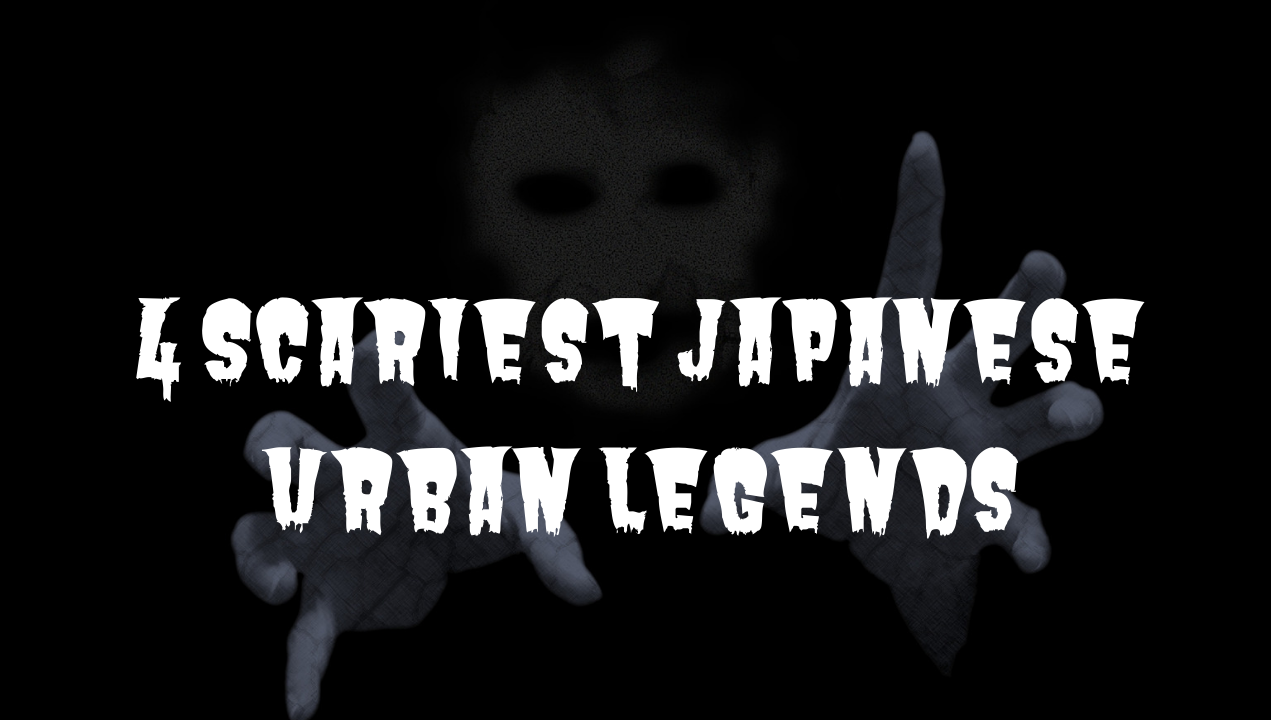 Halloween is coming! And in Japan, it has been a month since people have taken the decorations to the streets. While the Halloween holiday has been imported from the United States through Disney parks, it is known worldwide that Japan is famous for its horror stories. Since its Halloween, in this article, we want to show you some of the most famous urban horror legends of Japan! Are you prepared?

According to legend, Kuchisake-onna (口裂け女) was a young woman with her mouth slit from ear to ear.

One of the most popular versions says it was during a dental procedure. When she was with her mouth open at the dentist, one of the products that the doctor was using smelled so bad that she couldn’t stand still, causing the dentist to accidentally slit both sides of her mouth. Another version of the story says that she was the wife or concubine of a samurai and that when the samurai discovered that she was cheating on him, he sliced the corners of her mouth from ear to ear with his katana. Other versions of the tale include; that her mouth was slit by a woman who was jealous of her beauty, or that her mouth is filled with numerous sharp teeth, causing the mouth to be cut from the inside.

In any case, she lived having her mouth slit open and after her death, the woman returned as a vengeful spirit (or onryō in Japanese). She covers her mouth with a cloth mask (a surgical mask in the dentist version), or in some iterations, a hand fan or handkerchief. She used the mask all her life after the incident. She also carries a sharp instrument with her. Again, there are different versions such as; a knife, a machete, a scythe, or a large pair of scissors. But the most common is a sickle.

The legend says that children walking at night might meet a woman with her face covered by a mask (which is quite common in Japan especially in winter since many Japanese people wear masks). Then she will stop the child and ask, “Watashi, kirei?” (which means “Am I pretty?”). If the child answers “no”, she will kill them with the sickle. But if the answer is “yes”, the woman pulls away the mask revealing her slitted mouth and ask “Kore demo?” (which means “Even like this?”). If the child responds “no” or even worse, if the child screams, she will kill them. However, if the answer is “yes”, she will slice the corners of the child’s mouth from ear to ear, resembling her own disfigurement. So there is no correct answer and you can’t run away from her because she is super fast and she will chase you and kill you.

Fortunately, there are two ways to survive your encounter with the Kuchisake-onna. One of the most popular versions of the legend says that if you reply to Kuchisake-onna’s saying that her appearance is “average”, she will be confused and you will have enough time to run away. Another way is repeating her question back (“Watashi, kirei?”).

In the version that she was disfigured because of not being able to stand the smell while she was at the dentist, there is another way to avoid the death by saying the word “pomade” three times since pomade was the product that the dentist was using. But my favorite version is one that says that you can run away from her after giving or throwing candies (particularly the kind of candy known as bekko ame) in her direction. This is my favorite version because it reminds me of Halloween. At the end, even different cultures have similar stories.

Hikiko was a girl who was physically mistreated by her parents. The beatings were so bad that they caused physical deformations. Because of this, her classmates made fun of her. Her teachers did nothing to avoid the bullying and were very strict with her.

From this point, there are two versions to this story. The short version says that Hikiko committed suicide. On the ther hand, the long version tells that one day after leaving class, Hikiko found a kitten and began to take care of it. She took care of the kitten every day by bringing him food and kept him safe in a box. One day, seeing that lately she looked happy and lively, three of the bullies followed her to see what made her so happy. They hid and watched as she took care of the kitten. The next day when she went to see the kitten as usual, the kitten was gone. Instead, she found a note from the bullies saying “if you want to see the kitten alive, come to the teacher’s parking”. When she went to the parking lot, she found that the children had tied the kitten with a rope around its neck to a teacher’s car. At the same time, the teacher was leaving the school building and getting into the car without noticing the kitten and started the car. Hikiko launched herself to protect the kitten. She clung to the rope and protected the kitten with her body. The car drove several kilometers with the girl clutched protecting the kitten before the teacher realized what was happening. When the teacher finally stopped the car, the kitten was alive because Hikiko had protected him with her body. But sadly, Hikiko was dead from being dragged several kilometers.

In this version of the kitten, two days later, the three bullies were found dead. In either version, Hikiko becomes a vindictive spirit that walks through Japanese schools punishing or killing children who bully others. Sometimes she kills them just without any reason. For instance, some children who told the police they had seen Hikiko, were found dead the next day.

Hikiko is described as a girl dressed in white, with long black hair. Surely this description sounds familiar to you, right? It is rumored that Hikiko’s name when she was alive was Sadako, and in the movie “The Ring”, they were inspired by the legend of Hikiko to make the film.

Hanako-san, the Girl in the Bathroom

Toire no Hanako-san (トイレのはなこさん), which literally means “Hanako of the Toilet”, is the spirit of a young girl who lives in school bathrooms. As in the previous legends, there are different versions. The most extended version is that it was a girl that committed suicide in a school bathroom or was killed by her abusive parents or a stranger in a school bathroom. Another version indicates that she was killed a long time ago, during World War II in an air raid while hiding in a school bathroom playing hide-and-seek. In any case, she died in the bathroom, and that’s why she still remains there to this day.

Hanako’s most common description is that of a girl with a bobbed haircut and wearing a red dress or skirt. This legend is quite popular in Japanese primary schools, maybe because she died while she was in primary school. The children challenge their classmates to summon Hanako-san, telling them that she is in the third bathroom stall, or in the third-floor bathroom. Because of this, many children are afraid to use that specific bathroom.

To summon Hanako-san, you must enter alone in the girls’ bathroom  (usually on the third floor of a school), knock three times on the third stall door, and ask if Hanako-san is there. If she is not there, nothing happens. But if she’s there, she will reply “Yes, I am” (or something similar). Then, a bloody ghostly hand will appear. In the worst case, Hanako-san herself will appear and push you into the toilet and take you with her to Hell (the toiler leads to Hell). Some versions say that you can be eaten by a three-headed lizard when you get to Hell.

Teke Teke (テケテケ) is generally a woman (although in some versions it’s a man) that doesn’t have the lower part of the body.
It is said that she fell into the train tracks (whether by accident, was pushed, or attempted suicide by jumping). Either case, the train didn’t kill her but cutting her in half, separating her legs from the rest of the body. That’s why now she crawls using her hands, and that produces a sound that the Japanese describe as “Teke ​​teke.”

Some people say she bled out to death slowly. Others say that she tried to ask for help but the train station staff, instead of helping her, suffocated her with a plastic bag. Her death was agonizing, and since then she became a vindictive spirit that roams around Japan. There are numerous stories about people who, after leaving work or school, have met this terrifying woman. Trying to run away is useless since despite not having legs it runs a lot and reaches you in seconds. Some say she is trying to get legs, but others believe that she is simply angry because the station staff didn’t help her, or because in some versions, she was raped and thrown/ abandoned on the train railways.

A variant of the legend says that the real name of the woman who died was Kashima Reiko. Then when she appears in front of someone, she asks: Where are my legs? If you answer correctly: “Your legs are on the Meishin Expressway” it will be ok. But if you don’t give that answer, she will cut your legs using a sickle. She will also ask you what her name is, but if you answer Kashima Reiko, she will kill you. What you have to do is answer “Kamen Shinin Ma”,  (lit. Mask Death Demon) which is what the Kanji of her name means.

What do you think? Are there similar stories in your countries? Share it with us! 🙂 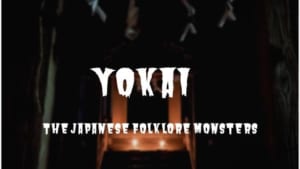 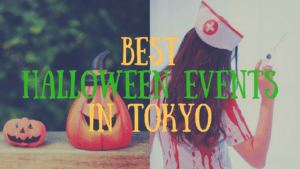 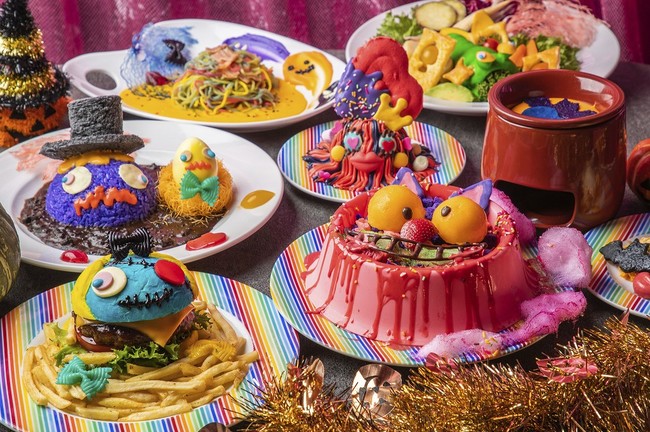 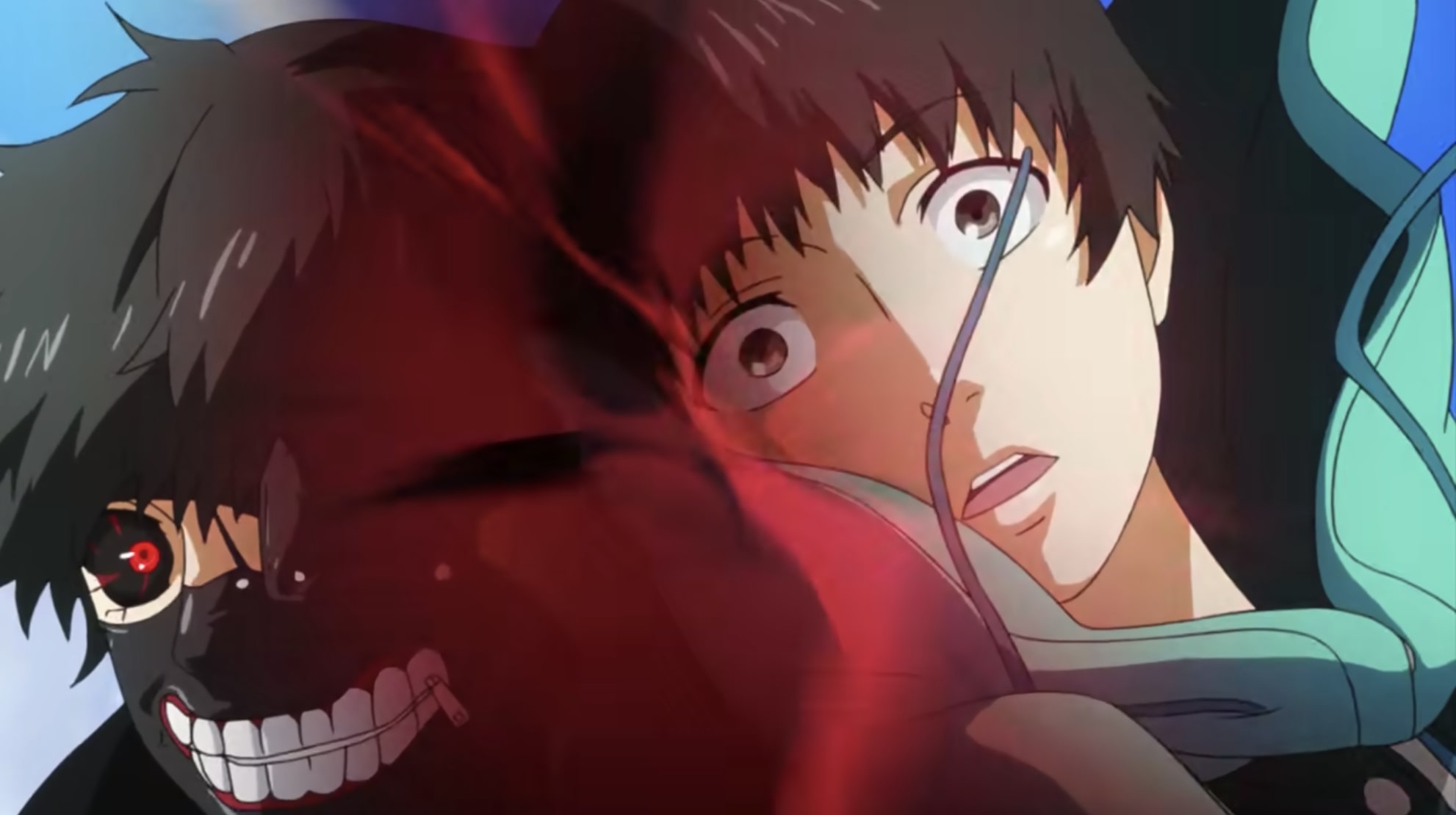 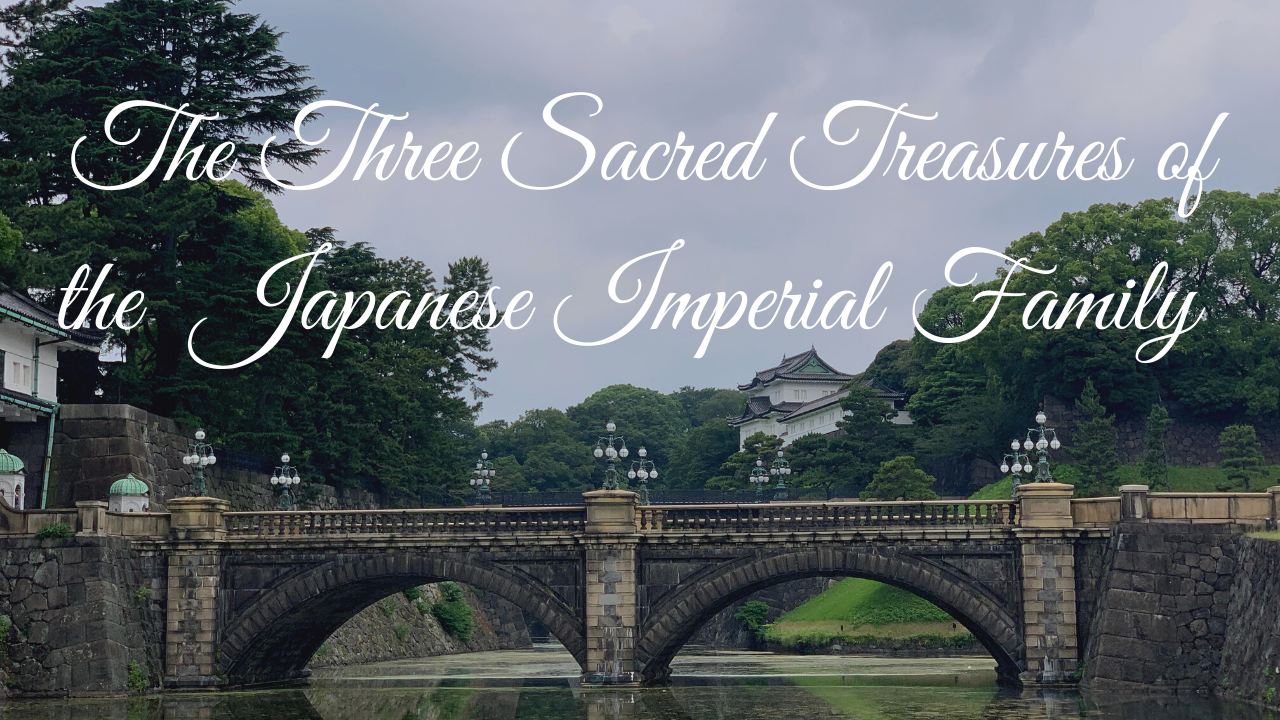 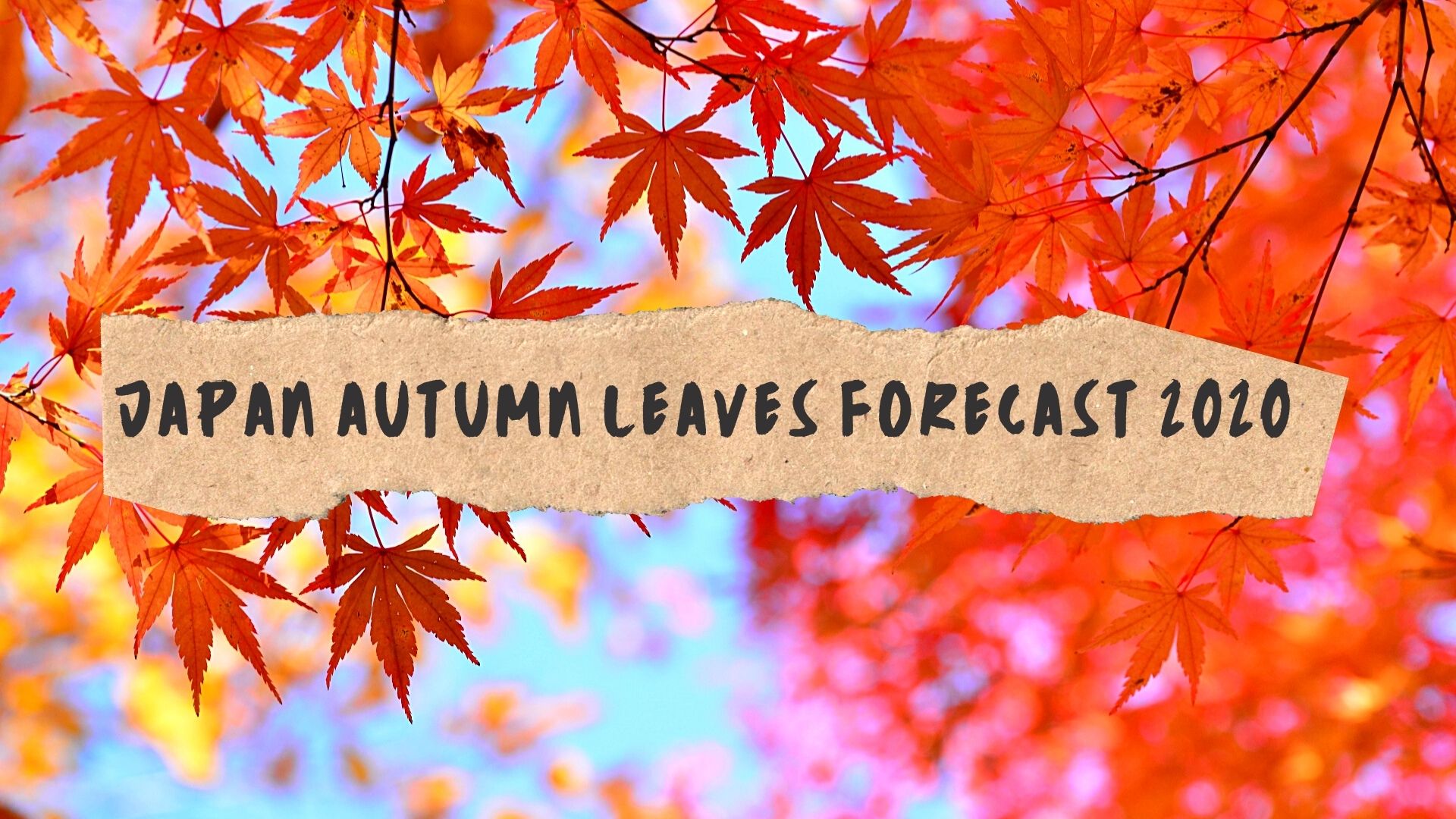 Autumn in Japan : 10 Best Things to Do top things to do and places to visit in Japan autumn jw-webmagazine.com 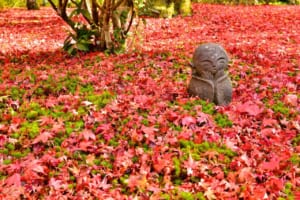